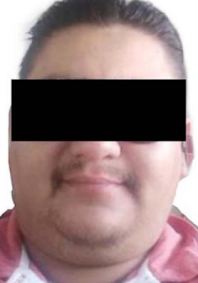 Authorities confirmed yesterday that Carlos Francisco, alias “El Panchon”, suspected plaza boss of a Zetas faction in Agua Dulce, Veracruz, was arrested. The arrest occurred after the detainee was drinking alcoholic beverages in public and the police proceeded to carry out a review.

Officers indicated that while being searched, El Panchon behaved aggressively. The police found he was in possession of a firearm and narcotics. After confirming his identity, he was arrested and sent to the Attorney General’s Office in Coatzacoalcos. This arrest comes days after the murder of a Zetas faction boss’ brother, as reported by Borderland Beat.

Authorities confirmed that El Panchon was one of the most-wanted criminals in the area. Although authorities did not reveal the group’s name, the Zetas faction he belonged to was mostly likely the Zetas Vieja Escuela (ZVE), which has presence in Veracruz.

Though originally a Zetas-controlled territory, Veracruz has experienced high levels of drug violence since the arrival of the Jalisco New Generation Cartel (CJNG) in the 2010s. The Tamaulipas-based Gulf Cartel has various factions in northern Veracruz that are currently competing with the Zetas.

This is not the first time that a cartel member is arrested for drinking in public in Veracruz. Back in 2003, high-ranking Gulf Cartel member Víctor Manuel Vázquez Mireles, alias “Meme Loco”, was arrested while drinking with his friends in a boardwalk area. The police could have cited him for the violation but they found he was in possession of multiple firearms and proceeded to arrest him.