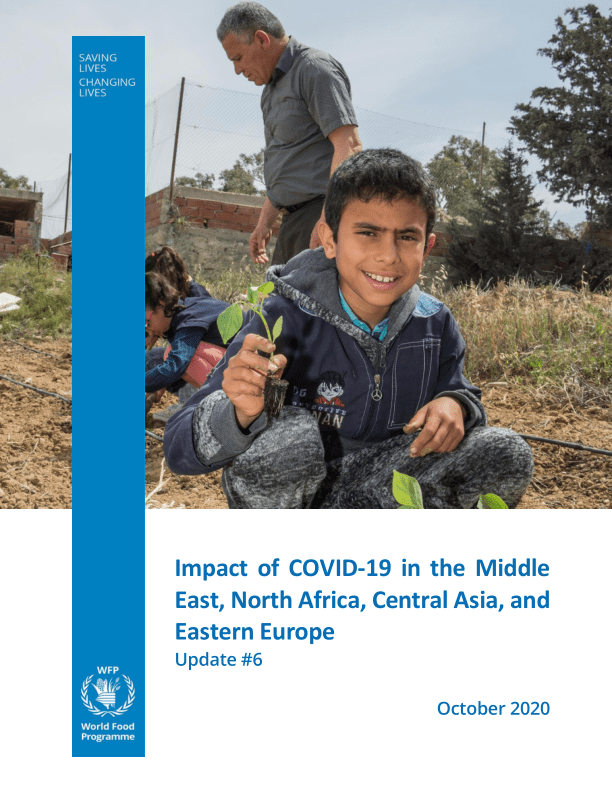 The objective of this analysis is to better understand the evolution of the impact of COVID-19 on food security, the economy, gender, and the nutrition status in the region throughout 2020. This update also includes a section on how WFP response to food security needs evolved throughout the year. This document was developed in consultation with country offices, as well as with various programme units in RBC.

• Between January (pre-COVID) and September (current month), the cost of food basket in Libya and Yemen fell within stress/alert levels at an increase of 15 and 21 percent respectively. Sudan followed by Syria and Lebanon recorded crisis levels at 157, 123 and 108 percent respectively.
Minimal variations are reported in the cost of food basket for other countries in the region.

• Political and economic instability in Yemen, spiraling inflation rates and floods in Sudan, economic and financial crisis as well as the blast at the port of Beirut in Lebanon had repercussions on price fluctuations observed in Lebanon as well as in Syria.

• Currency fluctuations greatly affects food prices. In Lebanon, the local price of wheat flour (LBP) increased by more than 60 percent between January and September. The effect of currency depreciation is even more pronounced in Syria and Sudan, as those countries witnessed 167 and 139 percent increase in local prices of wheat flour.

• Due to COVID-19 emergency and natural disasters, fiscal pressure in Sudan has become more acute, widening deficit in the first half of 2020; which, in turn, accelerated monetary expansion and resulted into higher inflation (up 141.6).

• In 2021, unemployment rate is expected to remain significantly high across the entire region ranging from 6.6 percent in Kyrgyz Republic to 28.2 percent in Palestine.

• Level of inadequate food consumption continues to rise sharply throughout the year in Syria, especially among displaced households, reaching 58 percent. Inability to access markets reaches an all-time high of 61 percent among Syrians.