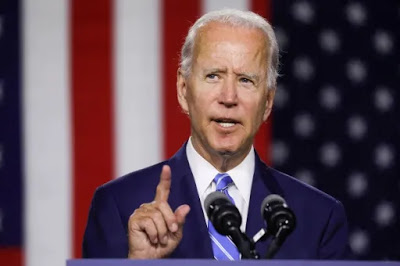 The Biden campaign has been lucky most of all, but it’s also been smart — at least smart enough.

To go, as Joe Biden did, from left for dead to sweeping to the nomination and quickly thereafter emerging as the favorite in November is a run of success that would be the envy of any national politician.

It’s easy to consider this a mere accident given the weakness of Biden’s opponents, first a socialist in the Democratic primaries who had a ceiling on his support and now an incumbent president whose ratings have sagged.

The Biden team certainly isn’t going to rewrite any campaign playbooks or dazzle anyone with its brilliance, but it has avoided serious mistakes and demonstrated an understanding of the basic political terrain and its candidate’s strengths.

WNU Editor: The above commentator stays clear from pointing out what anyone who has been watching Joe Biden closely for the past year has been noticing, and that is his steady decline in his mental capabilities. And the Biden staff knows that. They carefully script his few media appearances, and even then there has been troubling moments. I take care of my 94 year old mother, and I know too many people who are going through exactly what Joe Biden is going through right now. It is what happens to many of us when we get old. But in this case we are talking about someone who is running for the US Presidency, and a campaign staff that are trying their best to hide their candidate’s weaknesses. Kudos to them. They have been doing an excellent job. My prediction. It is going to be tough to keep it up. I do not expect there will be any debates. The Biden staff will make sure of that. I also do not expect any large campaign rallies or events from the former Vice President. What I do expect is a low level campaign to continue with his soon to be named Vice-Presidential candidate taking most of the spot-light and press.