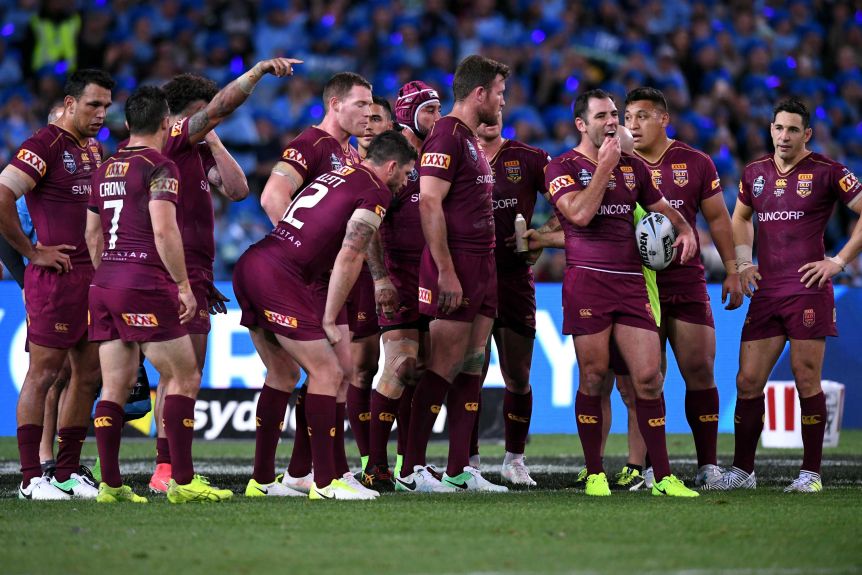 After two series losses in a row, Queensland’s dynasty is more dead, buried and cremated than WorkChoices, and the Maroons now appear set to take out another mortgage on Underdog Avenue.

After a decade with a seemingly unstoppable flow of superstars and all-time greats, split neatly into two eras by the retirement of Darren Lockyer in 2011 and emergence of Cooper Cronk as a series-winner the next year, 2020 looks set to mark a return to the dark ages for Queensland.

Not that this year’s team is full of scrubs, but most of the side would struggle to get a start in a combined XIII, just four years after they held down 12 of 17 spots in the Australian side.

Going through the sides for Wednesday’s unconventional series opener, Dane Gagai and Josh Papalii would be locks for a combined team, with halves Cameron Munster and Daly Cherry-Evans good chances.

That’s because the vast majority of the Maroons have never been tested on this level before.

Not only is the side littered with Origin debutants (eight in the team named, nine more in the extended squad), a lot of them are low on big-game experience of any kind.

While NSW boasts Test players and Origin regulars up and down the list, there were three players in the 17 initially named by the Maroons (fullback AJ Brimson, and wingers Xavier Coates and Phillip Sami) without even a finals game or a representative cap, save for a Papua New Guinea debut last year for winger Coates.

The Storm’s latest reclamation project, Brenko Lee, was named for his first game at centre, leaving prolific Origin performer Dane Gagai as the only non-debutant in the back five.

He is also one of just five players in the team who played in the last Maroons series victory in 2017 — along with Munster and Ben Hunt, who debuted in the decider, and Papalii and Coen Hess.

Up front, Tino Fa’asuamaleaui, Lindsay Collins and Jaydn Su’a are also set to make their debuts. So you see why, if coach Wayne Bennett wanted to pick a first-game hooker, it had to be Jake Friend.

The Roosters co-captain is about as experienced as a rookie can be, with almost 300 club games, three premierships, four grand finals and a Test before his first Origin outing.

Even if he has lost a step, even if this is his only year in the team, even if Harry Grant had one of the most complete rookie seasons we’ve seen in years and the Storm/Tigers star is a better player at this exact moment in time, putting a 22-year-old first-gamer into a role as important as hooker just would have been one inexperienced player too many.

Queensland in territory not seen for more than a decade

Although Queensland has never been shy about giving youngsters a shot in prime positions.

Munster was the same age as Grant when he got his first Origin chance at five-eighth in Game III of the 2017 series, Johnathan Thurston was also 22 for his first game in 2005, and rookie Cameron Smith was only 20 when he got his shot at the Queensland number nine in 2003’s dead rubber.

Ten days after the NRL grand final, the code’s best players will back up for the start of a draining post-season State of Origin series, writes Jon Healy.

They all turned out alright, but those circumstances were all different.

Yes, Munster was blooded in a high-pressure decider, but he had three Storm teammates with him in the spine of a team that had won the past two series. Thurston was a bold selection ahead of Scott Prince, but he was playing alongside Darren Lockyer and the team was desperate to change things up during the last year of a five-year drought of series wins. And Smith was basically the only option left after the Maroons tried PJ Marsh and Mick Crocker at hooker through the first two games in 2003.

This year’s Maroons are neither as blessed with quality veterans as ’05 and ’17 or as desperate as they were in ’03.

Bennett was appointed a couple of weeks before the series started, with Queensland candidates dropping like flies, the team coming off two lost series and no-one expecting this one to end much differently.

While eight debutants is nothing compared to the 11 blooded by new NSW coach Brad Fittler in the 2018 opener, the quality of the selections and reason for their collective ascension (no other options vs sparkling form) is vastly different.

He handed jerseys to explosive backs like Josh Addo-Carr, Latrell Mitchell, Tom Trbojevic and James Roberts; form forwards like Damien Cook, Angus Crichton, Reagan Campbell-Gillard and Paul Vaughan; and young halfback Nathan Cleary because it was their time and some of them were actually overdue.

Queensland this year is just scrounging around for whoever is left standing with a link north of the Tweed.

With Kalyn Ponga injured, Valentine Holmes suspended for Game I, Corey Oates barely playing for the wooden-spooning Broncos and Will Chambers out of the league, the backline reshuffle was unavoidable.

The forward pack’s loss of David Fifita and 2019 surprise packet Ethan Lowe is damaging but less of a concern with Papalii, Christian Welch and Fa’asuamaleaui enjoying career-best years in 2020, and Friend a reliable performer if he can stop giving away penalties.

Possibly the biggest problem for the Maroons is that they are operating on a shoestring player budget and, with three high-intensity games coming on the back of a compressed season of fast-paced games, it will be nothing short of a miracle if they aren’t forced into handing out more jerseys in coming weeks.

Fortunately for Queensland, with the unique timing, recent retirements, injury toll and general nature of this series, Bennett has something of a free swing at his Origin return.

This year won’t have that dreaded “asterisk” next to it, nor will NSW deserve anything but effusive praise for keeping it together if they can win this year, but everyone recognises that the Maroons are overmatched.

Of course the entire state of Queensland will be bummed if the Maroons lose a third straight series for the first time since 2005. Of course everyone in the team wants to win and the new kids in particular will want to secure a spot in a Maroons side that can build around Munster, Ponga, Fifita, Grant and Fa’asuamaleaui going forward.

Even so, 2020 could have more rough sledding in store for Queensland, but there’s every chance we’ll look back at this year’s series as the genesis of the next generation of the Maroons, forged from adversity like so many great teams are.