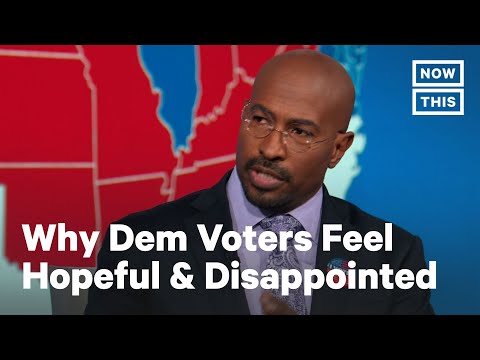 [embedded content]
Half of American voters have a message for politicians: Cage as many kids as you want. Ignore the pandemic. There will be no consequences.
Look, I don’t know any more than you do, but what I know so far feels bleak. Because even if Trump ends up losing, Trumpism has won.
There are still millions of mail-in ballots to be counted, namely in swing states like Pennsylvania, Michigan, and Wisconsin, and Biden could still win. Despite all that, Donald Trump has already tried to seize victory and lied about there being some kind of fraud preventing him from winning. We might not know who won the presidency for a few more days, possibly weeks, causing a deep discomfort that Americans just have to learn to get used to.
But what the numbers tell us so far is dispiriting for anyone who isn’t a big fan of putting children in cages or allowing more than 230,000 Americans to die from a pandemic without even a presidential acknowledgment of this loss and willingness to prevent more deaths. So far, Trump has 68.2 million votes. In 2016, he had just 62.9 million. Though exit polling is largely flawed, it seems that even more white women voted for Trump this time than in 2016. Even if Trump does lose this election — which he still might — there was no sharp rebuke of Trump, his policies, or his associates. There was no blue wave, blue crush, blue anything. For Democrats, the 2020 election was supposed to have been a repudiation of Trump and all he’s done to destabilize the country (and the world) in the last four years. But Trump’s failures were, somehow, not severe enough to trigger the kind of landslide liberals and progressives were dreaming of and that pollsters wrongly predicted was plausible.
WNU Editor: It has been an interesting 24 hours. The above remarks by Van Jones were an eye-opener for me. And from there I decided to read and and check out pro-Democrat and progressive websites, twitter accounts, and news websites. I have also read about 20 commentaries from progressives (like the two above) on what is their take on what is happening. And what I found surprised me. No one is happy!!!! Their ticket, party, and movement are on the verge of winning the prize that they have dreamed abut for four years, and there are no celebrations.
But that mood is now changing. Many are becoming very angry. Not because President Trump received millions of more votes in 2020 than 2016 and was not massively repudiated by the electorate. Not because Democrats lost a lot of House seats. Not because they did not win the US Senate. They are getting very angry that President Trump and his supporters are now questioning the legitimacy of what will soon be a Joe Biden election win.
I said this in a previous comment thread that I think deserves repeating here.
Four years ago the press, Democrats, and many within the Republican Party pushed the narrative with no evidence that Russia helped Trump thereby corrupting the electoral process. I knew then that this was an attempt to delegitimize President Trump’s election win. And IMHO it worked.
Today. The very same people who pushed that narrative four years ago are the same people screaming to close down anyone questioning this election process. They want no one to question the legitimacy of Joe Biden’s win, and are beyond angry at those who are raising questions.
It is always interesting to see how people react when the shoe is on the other foot.