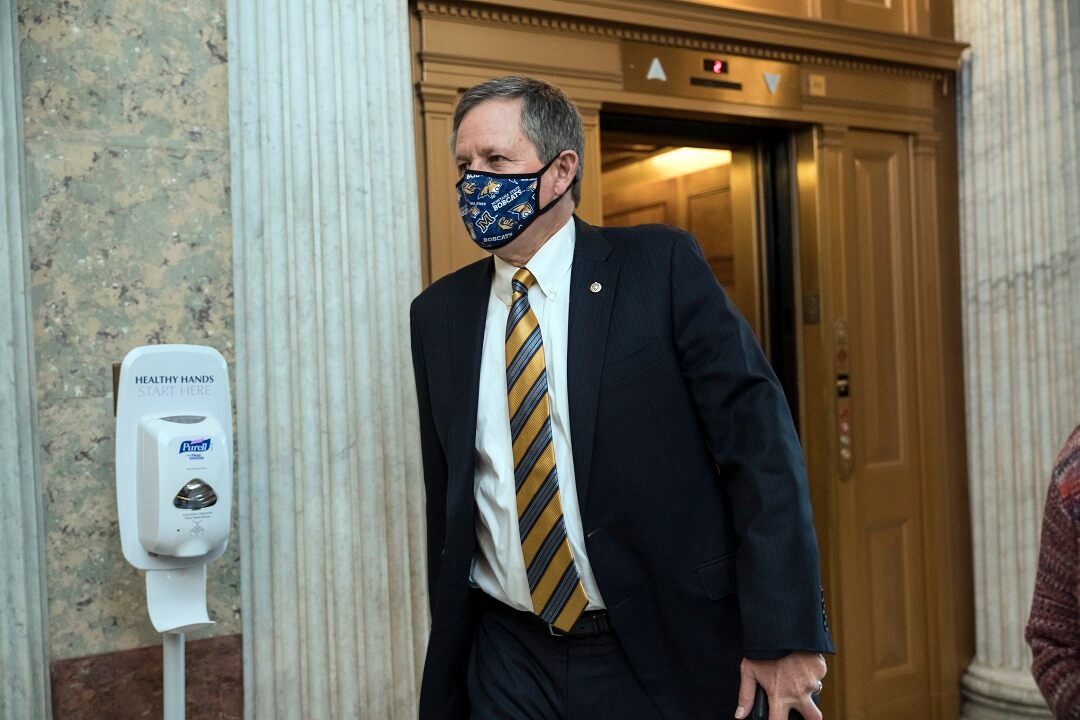 Sen. Steve Daines, R-Mont., is locked in a tight re-election campaign against his state’s popular two-term governor, who is attempting to flip Montana to the Democrats to help capture the Senate.

President Trump has huge support in Montana, but the race between Daines and Gov. Steve Bullock is considered a toss-up. Trump, who won Montana by 20 points in 2016, has largely stayed out of the race.

Here are four things to know about Daines.

He wasn’t always a Trump backer

Before he began pushing President Trump’s agenda, Daines wasn’t enthusiastic about the New York businessman’s candidacy. But in 2016, Daines told the Billings Gazette he couldn’t vote for Hillary Clinton.

“Donald Trump is not my first choice, or even my second for president, but we must defeat Hillary in November,” he said.

Since Trump took office, Daines has embraced the president’s tough stance on immigration and his views on the Affordable Care Act. He has since become one of Trump’s most ardent defenders.

He has ties to China

Campaign ads have painted Daines as being too close to Beijing, stemming from his years working for Procter & Gamble in China.

“Steve Daines helped an American corporation build factories in China,” one ad says. “Then, they laid off 4,000 American workers. Next, Steve Daines went to Congress and refused to crack down on unfair Chinese trade practices. Daines kept going back to China, year after year after year. All at taxpayer expense.”

Daines spent seven years in China in the 1990s to help P&G set up factories as it expanded into Chinese markets. At the same time, it restructured and 4,000 American jobs were cut, Helena’s KTVH-TV reported.

The company said Daines had nothing to do with the corporate move.

Unlike many in his party, Daines said he supports all-mail voting. During a debate with Bullock last month, Daines reiterated his support to hold the election by mail.

Many Republicans are suspicious of mail-in voting over unfounded fraud claims.

Daines is second to Rep. Greg Gianforte, R-Mont., as the wealthiest member of Congress from Montana. Gianforte has an estimated net worth of $135.7 million, according to an article published by 24/7 Wall Street in October 2019.

Daines ranked 36 on the list of richest congressional lawmakers with a $6.9 million net worth. Before being elected to the House in 2012 (before seeking a Senate seat two years later), the Los Angeles-born Daines worked for, in addition to Procter & Gamble, his family’s construction company and then as vice president at a cloud-computing startup that was sold in 2012 to Oracle, according to 24/7 Wall Street.