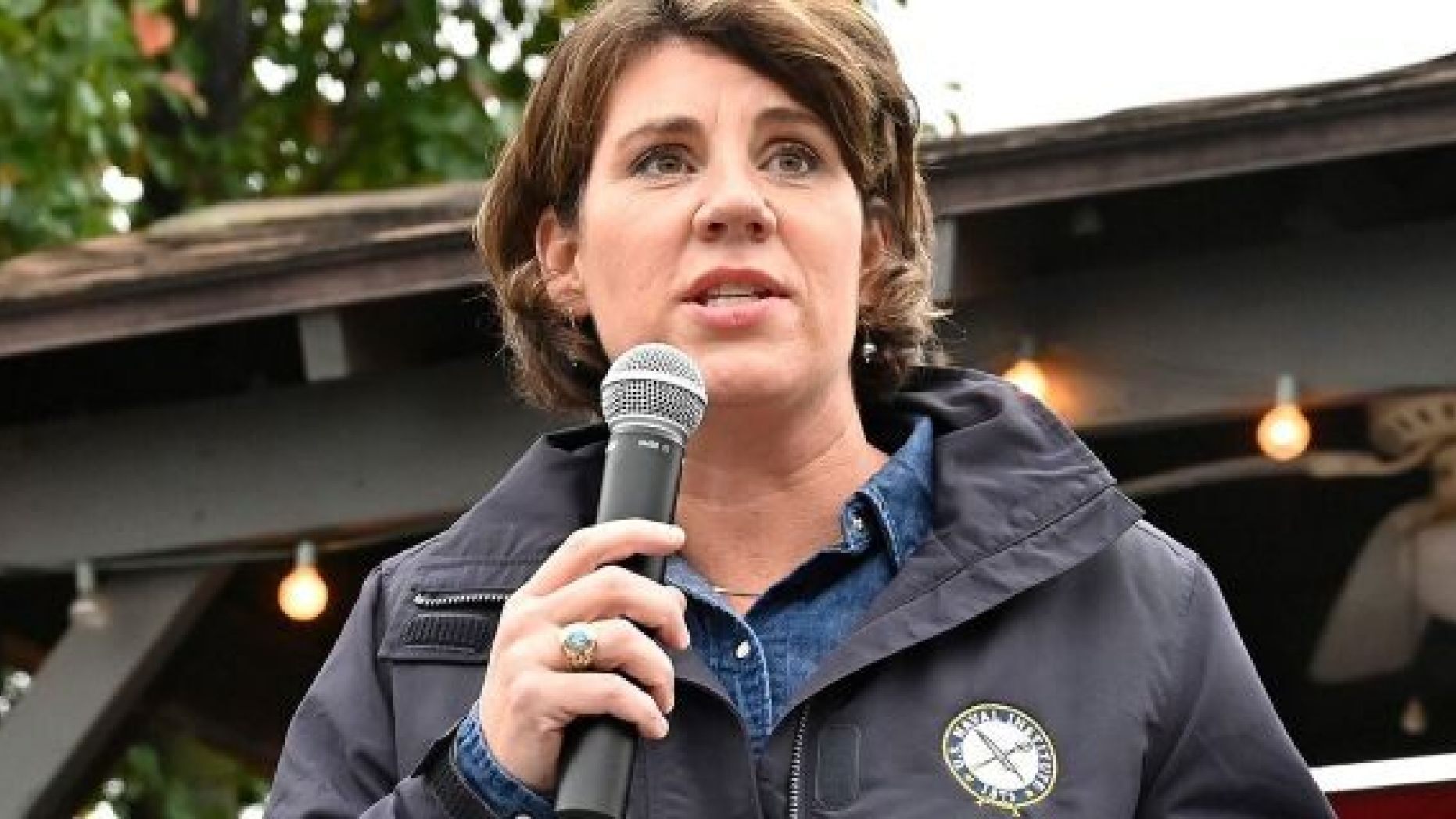 Here are four facts to know about her long-shot bid.

The retired lieutenant colonel, 45, served as a combat pilot and weapons systems officer in a career that included deployments to Iraq and Afghanistan.

In 2002, she became the first female Marine to fly a combat mission in an F/A-18, according to her campaign site. She went on to fly 89 combat missions.

She’s never held an elected office before, falling short in a 2018 bid against GOP Rep. Andy Barr in Kentucky’s 6th Congressional District. She lost by about 10,000 votes.

McGrath, whose mother was a doctor, supports the Affordable Care Act, also known as ObamaCare, and has criticized McConnell for his opposition and his attempts to repeal it. But she also called for reforms, including addressing the costs of prescription medicine and creating a public option. 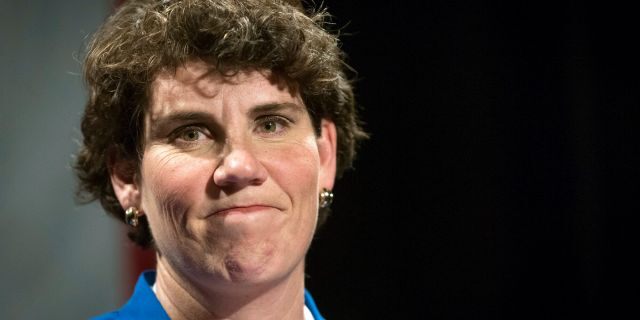 In this Nov. 6, 2018 photo, Amy McGrath speaks to supporters in Richmond, Ky. McGrath, a Marine combat aviator who narrowly lost a House race to an incumbent Republican in Kentucky, has set her sights on an even more formidable target: Senate Majority Leader Mitch McConnell. (AP Photo/Bryan Woolston, File)

She has attacked McConnell, 78, over Washington’s response to the coronavirus pandemic and she has accused him of contributing to “the swamp” that President Trump often pledges to drain.

“You can’t drain the swamp until you get rid of the guy who built it, and that’s Mitch McConnell,” McGrath told ABC News on Thursday. “My fellow Kentuckians don’t come up to me and say, ‘Wow, Sen. McConnell’s power is really working for us.'”

She also called for a ban on limitless special-interest and lobbyist donations to political campaigns that “directly undermine the wants and needs of ordinary, hard-working citizens.”

She has called for increased education funding, for broadband access to the internet in rural communities and for the creation of a “National Service Program” that would provide a debt-free college education in exchange for working in high-need fields. She supports expanding student debt forgiveness and increasing federal funds for public universities.

She has said she supports the Second Amendment and is a “proud gun owner,” but she’s also called for a national “conversation about guns.”

McGrath has garnered tens of millions in campaign donations for her red-state run, even with election forecasters, including the Fox News Power Rankings and the Cook Political Report, labeling the Kentucky race as “likely Republican.”

McGrath raked in more than $88 million, compared to McConnell’s $55.5 million.

But she’s still running in a red state against a Republican incumbent who is among the most prominent lawmakers in the country.

On the campaign trail, McGrath has accused McConnell of being responsible for political divisiveness in Washington and across the country. And she’s mocked his appearance by referring to him as a “swamp turtle.”

McGrath also has accused McConnell of failing to provide for his constituents in Kentucky. But McConnell touted his ability to bring federal money to the state – and he argued in an Oct. 12 debate that the advantage would be lost if he is not reelected.

“I think her entire campaign is: She’s a Marine, she’s a mom and I’ve been there (in the Senate) too long,” McConnell said.

“Senator, you’ve been there for 36 years,” McGrath responded. “How’s it looking, Kentucky?”