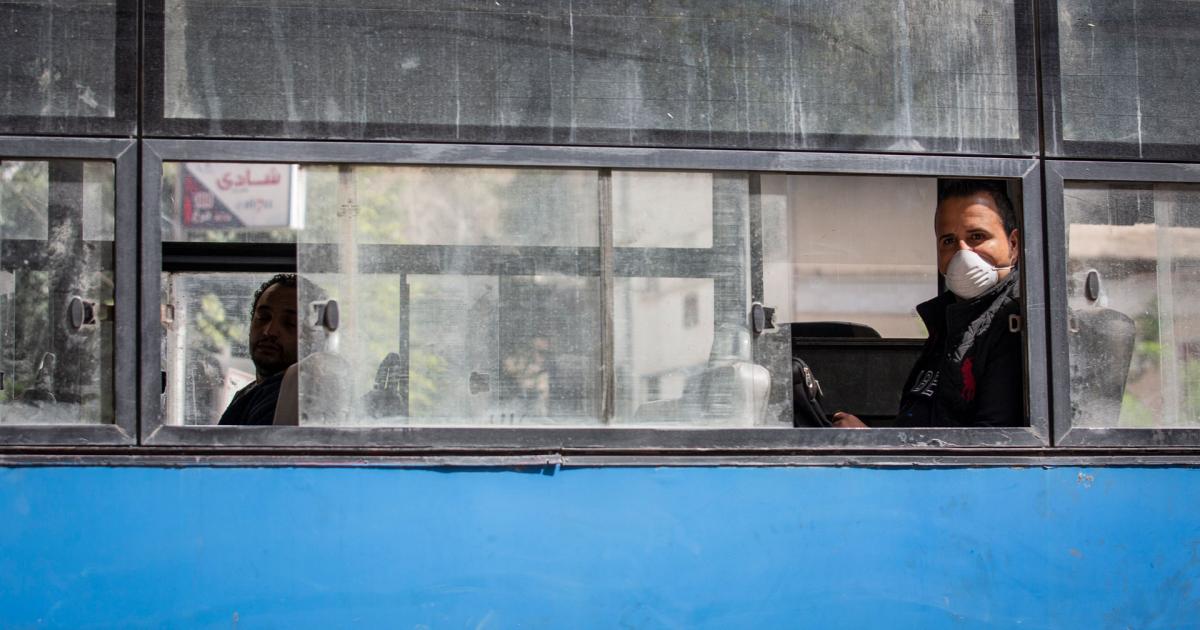 What are your main concerns about the coronavirus moving through the MENA region?

The first is countries in conflict, Yemen, Syria, and Libya, and the densely crowded Gaza Strip, under Israeli occupation. Another vulnerable population is refugees and migrants, as well as people in prison or detention. Also, we know older people are particularly vulnerable to this virus and that they, along with people with disabilities, have a harder time accessing not only health care but information about the virus.

Then there’s the poor. People who don’t have any financial cushion and don’t know where next week’s meals will come from if the lockdown continues. They already may have more underlying medical problems than the better-off, with limited access to health care.

I also worry about the many children out of school, and their ability to keep learning while at home.

Who within the region is most at risk to the virus?

The long-raging conflicts in Yemen and Syria have decimated the health care systems in those countries. Ongoing strikes by the Syrian-Russian military alliance in parts of Syria held by anti-government forces have destroyed hospitals and clinics, displacing over a million people. People live in tents or out in the open without access to water, unable to practice precautionary hygiene or social distancing.

In Yemen, as in Syria, malnutrition and other disease outbreaks mean people who contract COVID-19 are less likely to recover. In Yemen, more than half of all health facilities are closed or functioning only partially. Additionally, both the Saudi-led coalition and the Houthi rebels have targeted medical facilities and medical personnel during the conflict, causing many medical professionals to flee Yemen.

The decline of Libya’s health care system has only accelerated during the conflict in western Libya. Libya is also ill-equipped to treat the thousands of detainees held in overcrowded and unsanitary prisons, let alone those locked up in abusive immigration-related detention centers.

The 13-year closure by Israel of the Gaza Strip means the health care system is short all kinds of supplies, and Palestinians living in Gaza need Israel’s permission to travel to the West Bank, East Jerusalem, Israel, or elsewhere to obtain specialized treatment. Taking into consideration new coronavirus-related restrictions, Israel may issue to Palestinians even fewer permits than usual to exit Gaza for medical treatment.

Also, Gaza is one of the most densely populated places on earth, making it hard for residents to socially distance themselves.

Migrant workers often live in appallingly overcrowded and unsanitary accommodations, heightening the risk of infection. In Qatar, the authorities imposed a lockdown in areas where many migrant workers live, often in cramped conditions. Across the Gulf states, there are serious concerns as to whether migrant workers are receiving information about COVID-19, testing, and medical treatment.

Migrant domestic workers, women who cook, clean, and raise children in homes and work in countries like the United Arab Emirates, Lebanon, and Jordan and who already face exploitation, may see their situation deteriorate as a result of the pandemic. Families might force them to work longer hours or engage in activities that endanger their own health. If a family’s revenues drop, they may stop paying domestic workers. And if the women try to leave the homes where they work and live, they risk violating both curfew laws and immigration laws that make it an offense to “abscond” from an employer.

How are governments reacting to the virus in ways that are harmful to rights?

Iran was hit first and hardest by the coronavirus in the region. It tried to suppress information about the virus and was slow to mobilize a national response. The virus spread among religious Shiite tourists from the Gulf region who carried it back home.

United States sanctions are also impeding Iran’s ability to combat the virus, as it’s hard for the country to import medically necessary supplies. Even though there’s a carve-out in the US legislation, the sanctions are so strict that many countries and banks prefer not to risk doing even humanitarian trade with Iran. The US should ease the sanction regime, giving Iran the ability to obtain lifesaving equipment.

Some governments are stifling criticism of their response to the pandemic. Egypt expelled a reporter from the United Kingdom’s Guardian newspaper after the journalist wrote that Egypt was underreporting its COVID-19 cases. Jordanian authorities on April 9 detained two television executives, apparently because of their station’s reporting on the pandemic and its fallout in Jordan. Iraq’s Communications and Media Commission said it would “suspend” Reuters after the news agency reported that the government had under-reported the actual rate of infection.

Without independent oversight, governments will feel empowered to deny the extent of the crisis.

Countries like Lebanon and Algeria have had ongoing peaceful political protests for months. In Algeria, courts imprisoned protest leaders on the basis of patently political charges at a time when the street protests that they led had been suspended due to the coronavirus. And in Lebanon, authorities dismantled tents erected by protesters in central Beirut and announced they will move ahead with the controversial Bisri dam project, which the now-absent street protesters had been fighting on environmental grounds.

Additionally, in Lebanon, municipalities are imposing discriminatory restrictions on Syrian refugees, making it harder for them to reach health centers.

Israeli authorities announced that they had authorized the Shin Bet intelligence agency to access and study location-tracking data from cellphones in order to predict which people have been exposed to the virus. While technology can serve public health purposes, Israeli human rights groups challenged the move before Israel’s Supreme Court, raising concern that it threatened to widen the scope of government surveillance activities permanently. When the pandemic is over, will the surveillance stop, and the harvested data be deleted?

How are governments reacting to the virus in ways that respect rights?

We’ve seen many governments – Bahrain, Iran, Lebanon, Morocco, Algeria, Libya, Saudi Arabia, Jordan – announce that they would release prisoners in the context of this pandemic. That’s a good thing, as prisons are notoriously overcrowded in just about every country, and it would be hard for inmates to practice social distancing. The health emergency has shined a light on one reason prisons in some countries are so crowded: the tendency of judges to put a large percentage of suspects in pretrial detention. Now those suspects are waiting even longer for trials as courts shut or slow down due to the lockdown.

So far, with the exception of Iran, we are aware of no prominent political prisoners who have benefitted from these releases.

Jordan issued a state of emergency early on, but the government said it would apply it in a narrow fashion. It also issued reassuring statements that this wasn’t opening the door to a crackdown on civil liberties.

Also, we know that during lockdowns, domestic violence cases rise. In response to this, Tunisia and Lebanon created a 24-hour hotline for domestic abuse victims, recognizing that it’s harder for women to leave home and file a complaint at the police station during a pandemic.

How prepared are countries in the MENA region to deal with the fallout of COVID-19?

People know this is something the entire world is going through together. I think the fact that they’re staying inside for their own well-being has delayed public displays of anguish and desperation. We’re going to see these governments tested, especially the most resource-challenged ones.

Tourism, which provides significant jobs and revenue to countries like Morocco and Tunisia, is unlikely to rebound quickly. Peddlers and shopkeepers, other than those providing necessities, have largely closed down for now, as has the huge informal sector.

Gulf countries are going to be squeezed by the drop in oil prices. They will be less likely to assist other countries, like Egypt, that have benefitted from their largesse in the past. Among the less well-off, economic panic may soon overtake medical prudence, with dramatic consequences in states not known for their tolerance for, and management of, public protests and disturbances. Desperation may prompt people to take risks for their own and their community’s health, reigniting the spread of COVID-19. With this pandemic, the Middle East and North Africa is confronting its first regionwide stress test since the popular revolts against authoritarian and inept governance erupted a decade ago.