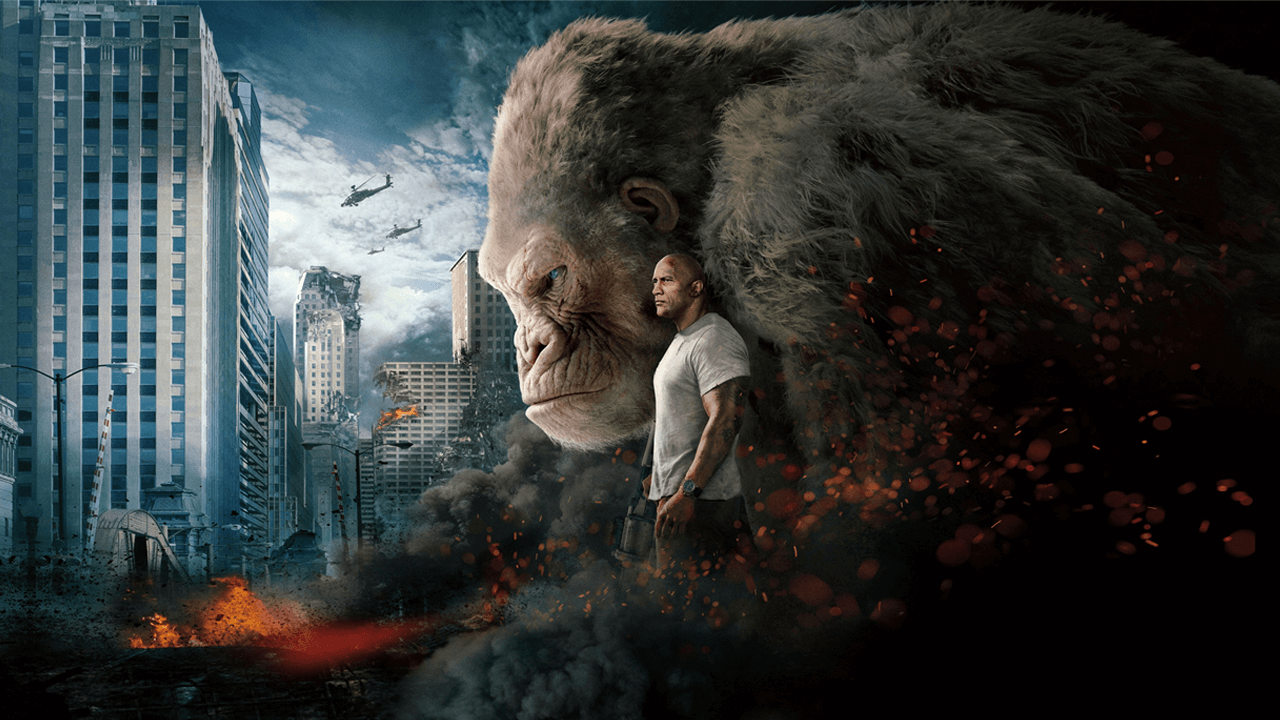 Rampage is now available to stream on Netflix UK

First of all, here are the top highlights from the weekend:

One of, if not the biggest Hollywood star in the world right now, Dwayne Johnson had an extremely busy 2018. Over the top and action-packed, Rampage is everything you want from a movie based on a video game about giant monsters.

George, an albino silverback gorilla is infected with an unknown serum, forcing his body to grow to a monstrous size. His friend, guardian, and primatologist Davis Okoye team up with geneticist Dr. Kate Caldwell to prevent George, and two further infected beats, a giant wolf and a giant crocodile, from destroying the city of Chicago.

The easter egg hunter’s dream, Ready Player One was one of the most anticipated books to movie adaptations in recent years. Filled to the brim with pop culture references from some of the greatest film and video game franchises of all time, Ready Player One is one of the best films to switch your brain off to.

After the death of James Halliday, the creator of the virtual reality world known as the OASIS, the world goes into overdrive when it’s revealed he left three keys inside the OASIS. Whoever finds the keys wins Halliday’s immense fortune, and with it control of the OASIS.

Rampage has claimed the top spot from The Grinch, meanwhile, The Haunting of Bly Manor continues to stay at the top of the UK’s most popular TV series.

What are you going to be watching on Netflix UK today? Let us know in the comments below!