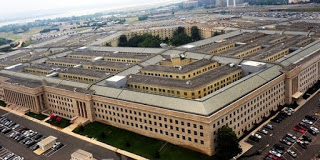 The U.S. military chain of command could soon be thrown into doubt.
President Trump is potentially on the cusp of ousting his Pentagon chief. And there are worries his team will refuse to work with Joe Biden’s incoming administration, resulting in months of unrest at a critical moment abroad.
Right now, Washington is grappling with hot spots across the globe, including the U.S. drawdown in Afghanistan, where there is increasing violence; ongoing tensions with Iran; and ramped-up Chinese aggression in the South China Sea. National security experts say uncertainty at home could lead to flare-ups in any one of those regions.
WNU Editor: America’s adversaries do not look at America and see what is happening in the Pentagon. They look at the U.S. as a whole, and from there determine their course of action. But this is all moot. There are times when you do not mess around with the U.S.. This is one of those times. And everyone knows that. I am also not worried about the Pentagon. There is a chain of command that will be respected even if Secretary of Defense Esper resigns and/or is fired.