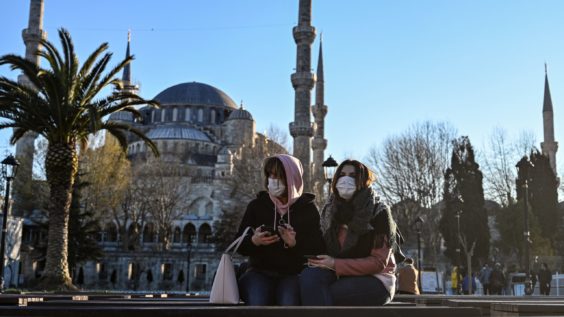 Government policy can mean the difference between good and bad outcomes

Israel and Turkey provide a study in contrasts on how to combat the coronavirus scourge enveloping the world.

As of 10 am local time on Friday, there were 9,968 confirmed coronavirus cases in Israel, with 86 deaths and 1,011 recoveries, leaving 8,871 active cases, according to the Johns Hopkins University and Medicine Coronavirus Tracker.

Meanwhile in Turkey, coronavirus infections are rising at the fastest rate in the world with more than 3,000 a day being reported. The number of confirmed cases in the country stands at 42,282, with 908 deaths and 2,142 recoveries, leaving 39,232 active cases. Turkey is second only to Iran in the number of coronavirus cases in the Middle East and North Africa region.

Dr. Meir Elran, a senior researcher at the Institute for National Security Studies in Tel Aviv, gives Israel’s coronavirus response a good rating overall, despite the ultra-Orthodox communities being problematic in their adherence to social distancing rules and the lack of a stable government.

“Overall, I think that I could give positive marks to the Israeli society so far,” Elran told The Media Line. “People internalized the threat or the risk and they are really behaving in a commendable manner.”

He also praised the Israeli medical system, especially when compared to the United States, where 45% of those aged 19 to 64 are uninsured or underinsured and hospitals are overwhelmed.

“The fact that it is basically a public system and everybody in Israel is insured and the facilities are good, and the medical staff is excellent, plays a major positive role in this situation,” said Elran.

Turkey also has a strong health care system, one strong enough to deal with the pandemic, according to Dr. Aykan Erdemir, senior director of the Turkey program at the Washington-based Foundation for Defense of Democracies and a former member of the Turkish parliament.

However, he told The Media Line this was not enough to overcome Turkish President Recep Tayyip Erdoğan’s bungling of the coronavirus crisis.

“Ultimately this will not be a failure of the Turkish health care system; it will be the failure of Erdoğan’s public health policies or the lack thereof,” said Erdemir. “Erdoğan is making life very difficult for a relatively strong health care system to deal with the crisis.”

Erdemir blames Erdoğan for prioritizing the economy above taking the measures necessary to manage the outbreak. Ironically, by trying to avoid an economic slowdown, Erdoğan, according to Erdemir, “is basically about to trigger one of the worst economic crises in Turkish history.”

There are three major issues with Turkey’s COVID-19 response, he said: underreporting the coronavirus numbers, making an effective response more difficult; being caught with empty public coffers, so as to be unable to finance the necessary measures; and the lack of transparency, as Erdoğan has “disrupted the institutional intellectual capacity that is required to effectively counter the pandemic.”

Erdemir said Erdoğan is a master at turning national crises into opportunities to consolidate his power, as he did after the 2013 corruption scandal and the failed 2016 coup attempt. However, according to Erdemir, Turkey’s president is unprepared for the pandemic and doesn’t realize what it can to do the people and economy.

“I think he’s about to learn a lesson the hard way about the contagious nature of public health crises as well as financial crises,” said Erdemir.

Here are the latest COVID-19 numbers for the Middle East and North Africa as of Friday at 10 am (GMT+3).

by The Daily US News October 17, 2021Comments Off on When Will the Jan. 6 Commission Call in Philip Anderson to Testify?

October 17, 2021Comments Off on If US Companies and the Government Fire All Americans Who Refuse the COVID Vaccine it will Severely Damage the Economy Already in Distress

October 17, 2021Comments Off on Dr. Stella Immanuel: “The Whole Pandemic Was A TROJAN HORSE For Vaccines – Fauci Is Epitome Of Evil.”

What we know so far