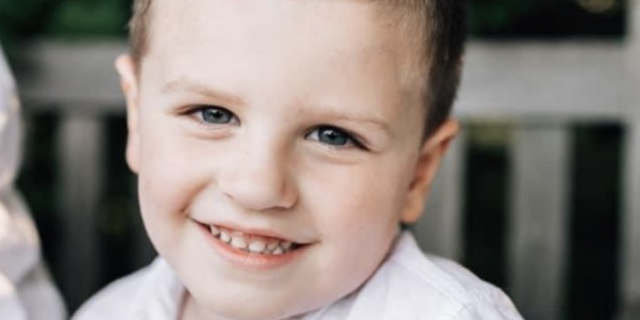 U.S. marshals arrested a 17-year-old this week in connection with an Ohio robbery and shooting that left a 4-year old dead and four adults injured in September.

WKBN reports that the teenager was charged with aggravated robbery with a firearm specification, and the prosecutor is asking for a preliminary hearing to determine if he’ll be charged as an adult.

The Northern Ohio Violent Fugitive Task Force captured the teenager in Youngstown, Ohio, Wednesday as he was fleeing a house.

Kimonie Bryant, 24, turned himself in to police after the shooting, which was in Struthers. Bryant pleaded not guilty to aggravated murder and could face the death penalty.

Rowan Sweeney, the 4-year-old boy who was killed, was sleeping on a couch when the suspects broke into the home to steal cash. Sweeney’s mother attempted to shield his body and begged the suspects not to shoot her son, but he was killed.

The mother and three other adults in the home were injured.

4-year-old Rowan Sweeney was killed during a robbery and shooting in September.

David Sweeney, Rowan’s father, said the authorities have done a tremendous job and the community has rallied around the family.

“I’d just like to say how grateful I am for the law enforcement around here, how well they’ve been working,” Sweeney told Fox News. “Their dedication to this case is going to ensure justice is served for Rowan.”

Rowan’s family is building a park to honor his memory.

“Rowan was taken from this world too soon and he will forever be remembered for his contagious smile, sweet nature, and love for life,” his obituary reads.