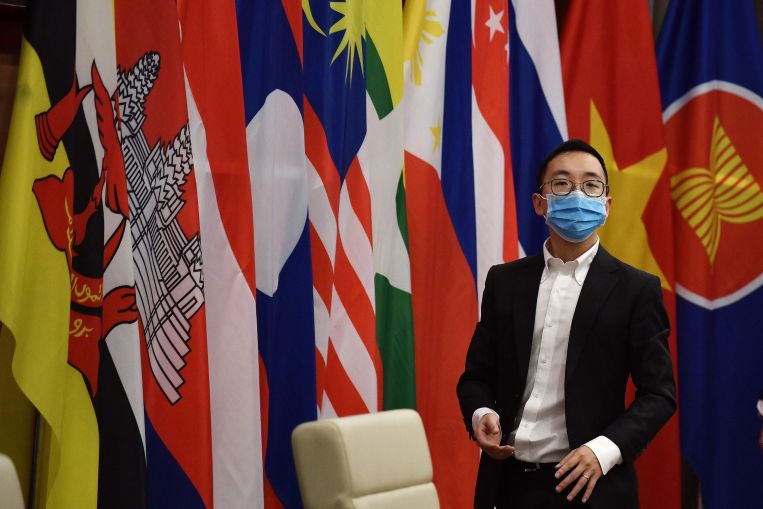 Amid deepening tactical and strategic competition with China, the United States wants Asean to stand up to what it calls “outside coercion” in the regional bloc’s own backyard.

The US is moving across a broad front, from technology to tariffs to visas, in what some analysts call “full-spectrum competition” with China.

As relations reach a low point, the question of where it leaves South-east Asia re-emerges. Seeing the two global powers at loggerheads makes the South-east Asian region nervous. The region needs both – but not at each other’s throats.

While China is among Asean countries’ top trading partners, the US is seen by some nations as a benign resident power that lends stability to the region. The region needs both and does not want to be forced to take sides. The US recognises both Asean’s centrality and its plurality, administration officials say. But the 10-nation bloc finds it hard to reach consensus on issues related to China.

Dr Ian Bremmer, chief executive of the Eurasia Group, a political risk consultancy, says: “US retrenchment from alliances and trade disintegration benefit China by preventing a united front and introducing uncertainty about which power smaller countries can rely on.

“China is also proving itself untrustworthy and unveiling the scope of its geostrategic ambition. It’s becoming more challenging for South-east Asia and Asean to maintain a ‘third-way’ scenario, where the region seeks balance between these two poles.”

Ideally, the US wants South-east Asia and Asean to ring-fence China as a bulwark of western values spanning politics, economics, finance, technology and defence, Dr Bremmer tells The Sunday Times.

It is a view widely shared in Asia policy circles in Washington. And it may be most tested in the South China Sea, which China claims almost in its entirety, but where four Asean countries – Vietnam, the Philippines, Malaysia and Brunei – also claim territory.

The view from Washington is that China – or more specifically, the Chinese Communist Party, a distinction US officials are increasingly making – is exploiting the world’s focus on the pandemic by continuing to push the boundaries in the South China Sea.

Only last week, a month-long stand-off between a Chinese survey ship and a Malaysian oil exploration vessel in South China Sea waters claimed by Malaysia, Vietnam and China, came to an end as both vessels moved away.

Chinese flotillas engaged in surveys are seen as intimidating other claimants into backing off on offshore hydrocarbon development.

We are committed to a rules-based order in the South China Sea, and we will continue to champion freedom of the seas and the rule of law. The Chinese Communist Party must end its pattern of bullying South-east Asians out of offshore oil, gas, and fisheries.

On May 8, US Pacific Fleet commander Admiral John Aquilino said: “We are committed to a rules-based order in the South China Sea, and we will continue to champion freedom of the seas and the rule of law.

“The Chinese Communist Party must end its pattern of bullying South-east Asians out of offshore oil, gas, and fisheries.”

Ms Bonnie Glaser, senior adviser for Asia and director of the China Power Project at the Centre for Strategic and International Studies, is among those who believe Asean needs to do more.

“Asean should prevent China from making strategic gains (such as with) language proposed by Beijing that would bar signatories from conducting military exercises with outside powers or from exploiting energy through cooperation with foreign energy companies,” Ms Glaser tells The Sunday Times.

“Those countries that are claimants in the South China Sea should push back against Chinese intimidation, where possible,” she says. “They should also devote more resources to building capacity to defend their maritime spaces.”

However, Asean is far from monolithic, and countries’ different stances and levels of integration with China would always undermine its ability to be the geostrategic buffer that the US wants it to be, cautions Dr Bremmer.

Still, the Trump administration has been pleased to see the Philippines speaking up for Vietnam, and Vietnam itself speaking up

Early last month, a Vietnamese fishing boat sank near the Paracel Islands after ramming – or being rammed by, depending on whose version one believes – a Chinese Coast Guard vessel.

But Vietnam’s foreign ministry, referring to the Paracels by their Vietnamese name, in a statement said: “The Chinese vessel committed an act that violated Vietnam’s sovereignty over the Hoang Sa archipelago and threatened the lives and damaged the property and legitimate interests of Vietnamese fishermen.”

In an interview, Mr Atul Keshap, principal deputy assistant secretary of state for the Bureau of East Asian and Pacific Affairs at the State Department, tells The Sunday Times: “What we want to do is stand up for a rules-based international order, and call out what we see as bullying of smaller states.

“We hope other nations will call the PRC (People’s Republic of China) to account for its bullying and champion the notions of sovereignty and transparency and good governance and a rules-based international order. Might does not make right.”