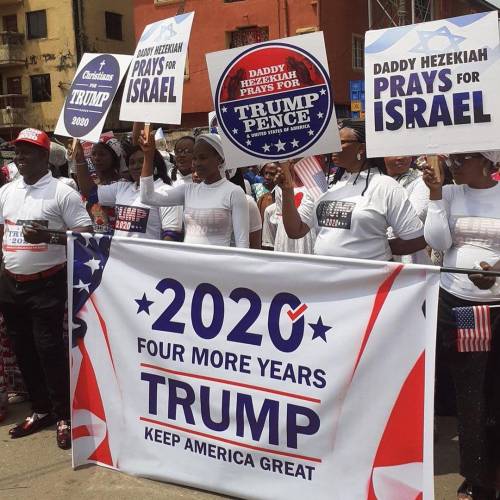 President of the United States of America, Donald Trump, has hailed members of the Living Christ Mission Inc based in Onitsha, Anambra State, for staging a rally in support of his second term bid in office.

Members of the church headed by Most Reverend Professor Daddy Hezekiah held a prayer walk for the United States President and Republican Presidential Candidate on October 25, 2020 to canvass support for Trump.

Participants at the rally were clad in white and black attire and carried placards bearing the name and face of Trump with some of them reading: “Trump 2020: Keep America Great” and “Donal J. Trump, America needs a man like you”. 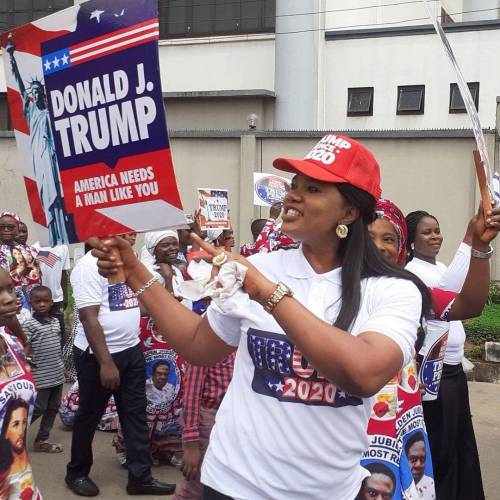 Majority of the men and women sang in Igbo language as they marched through parts of Onitsha that Sunday afternoon in solidarity with the US President.

Americans are currently voting to choose between Trump and Joe Biden, candidate of the Democrats, in what has been described as the tightest race in US presidential election history.

Appreciating the gesture of members of the Living Christ Mission Inc, Trump while posting a video of the rally on Twitter on Tuesday said, “A parade for me in Nigeria, a great honour!”

A parade for me in Nigeria, a great honor!Â pic.twitter.com/EHiSQMFvSZ

Earlier on Monday, Nigerians had in a poll carried out by SaharaReporters favoured Biden to win by 51.6% with Trump trailing at 48.4%.

The former US Vice President has also been leading in major polls carried out in America, however, a lot will still determine who eventually wins the race.