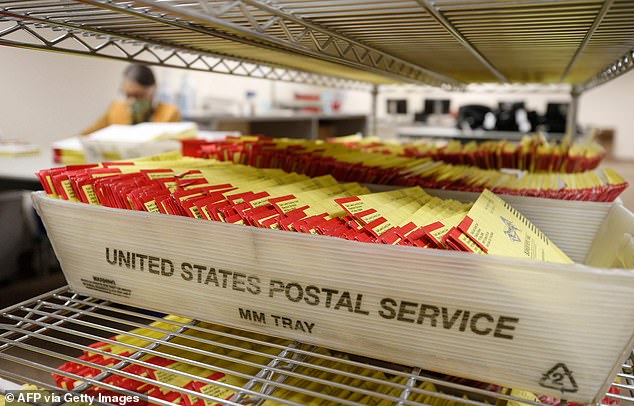 The United States Postal Service has failed to meet a deadline to sweep mail processing facilities for delayed ballots and dispatch them immediately for counting in the 2020 Presidential Election.

On Tuesday morning, U.S. District Judge Emmet Sullivan ordered postal Inspectors in some swing states to check their centers by 3 pm, and send off any ballots that may still be in their possession. Dozens of states do not accept mail-in votes that arrive after in-person polls close, meaning they needed to be sent with urgency.

However, according to a report in The Hill, the USPS say they were ‘unable to accelerate their daily review process’.

They reportedly claimed that ‘there are only one or two Inspectors in any one facility, and thus they do not have the ability’ to personally scour the entire premises for ballots.

The USPS claimed that Judge Sullivan’s order would take Inspectors ‘away from their other pressing Election Mail- related responsibilities’. They instead pledged to have Inspectors inside identified facilities ‘throughout the evening’.

However, that may be too late for some ballots to be delivered for counting, potentially invalidating thousands of votes and throwing the election into chaos.

According to The Hill, the USPS said there were ‘some 300,000 ballots that lacked a delivery scan’ earlier this week. 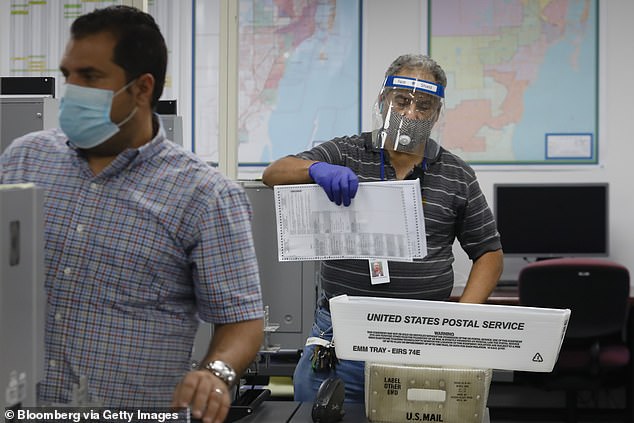 A worker wearing a protective mask collects mail-in ballots to scan from a U.S Postal Service bin at the Miami-Dade Elections Department in Florida. The postal service has said it had delivered 122 million blank and completed ballots before Tuesday

Facilities that had been ordered to sweep include those located in Atlanta, Georgia; Houston, Texas; Philadelphia, Pennsylvania;  Detroit, Michigan; and Lakeland, Florida.

Centers in important swing states were also ordered to perform a sweep. They inlcude those in central Pennsylvania, greater South Carolina, south Florida, Colorado and Arizona were also included in Judge Sullivan’s order.

The ruling came in response to a lawsuit brought by groups such as Vote Forward, a voting rights organization, and Latino community groups.

State attorneys general and civil rights groups said the changes would slow election mail delivery and make it difficult for voters to participate during the coronavirus pandemic.

The postal service has said it had delivered 122 million blank and completed ballots before Tuesday. 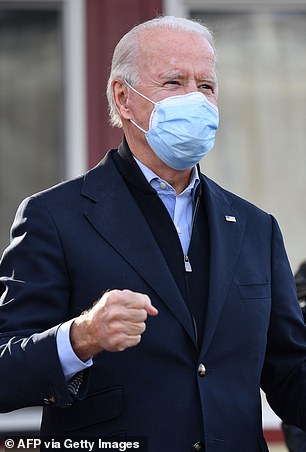 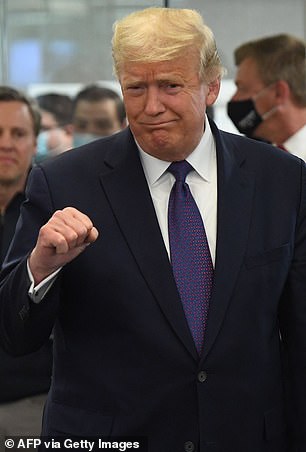 Political experts say that Democrats have been far more likely to vote via mail due to the fears surrounding the coronavirus pandemic.

In the battleground state of Pennsyvlania, for example, 1.6 million registered Democrats requested a mail-in ballot, in comparison with 586,000 Republicans.

Biden and the Democratic Party have also been encouraging citizens to vote by mail, while Trump has resisted such a move.

Trump claims mass mail-in voting can be subject to fraud and has urged his supporters to vote early and in-person.

Polls show Biden still holds a significant lead in the polls, although numbers in swing states have tightened in recent days. 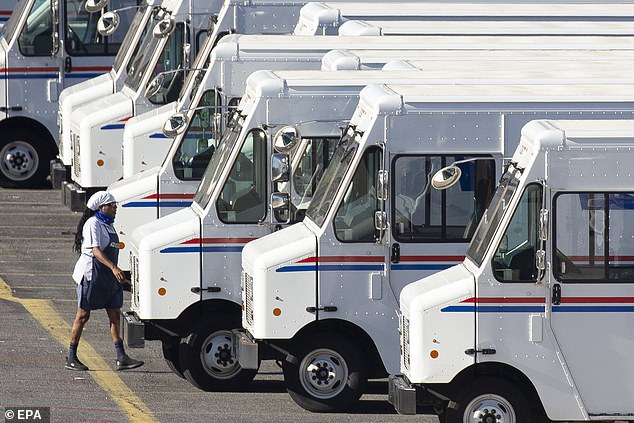 In many states, mail trucks will need to deliver final ballots this evening, otherwise they will not be counted