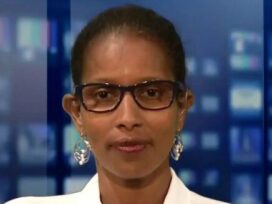 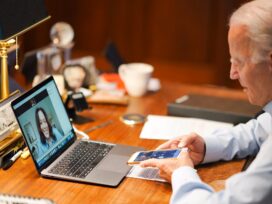 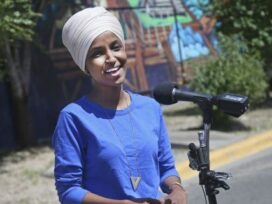 Tuesday, Jan. 28, Elizabethtown College hosted Ambassador John B. Craig for a discussion-based lecture entitled “What’s Happening in the Middle East?” Through interactive questions and student participation, Craig guided the audience of students, staff, faculty and community members through an exploration of current events in the Middle East.

A native of Elizabethtown, Craig’s expertise on Middle Eastern affairs and foreign policy began with a dream he had from a very young age. Craig felt “an intense desire to become an American diplomat,” as he said in an interview after the talk, and he even planned out his life as a diplomat in 11th grade.

That plan took him to the School of International Service at American University. After graduation, Craig joined the US Diplomatic Service at the age of 21, completing 11 overseas assignments, mostly in the Middle East. He then served as American Ambassador to the Sultanate of Oman starting in 1998, Special Assistant to the President for Combatting Terrorism starting in 2001 and President of the Boeing Company’s Middle East Division starting in 2002, the last of which led him to spend eight years living in Abu Dhabi, United Arab Emirates.

During these experiences, Etown recognized Craig’s expertise and accomplishments with his 2002 appointment as a scholar-in-residence and his 2010 selection as director of the Center for Global Citizenship, now known as the Center for Global Understanding and Peacemaking (CGUP). Fittingly, the College later redefined his role as Ambassador-in-Residence.

Today, Craig serves in a variety of roles that reflect his considerable knowledge and extensive experience working as a diplomat. He is an adjunct faculty member at Etown; a senior fellow at the Washington, D.C.-based think tank the Transatlantic Leadership Network; the Executive Director of the Hudson Institute-associated Working Group on the Plight of Christians and Religious Pluralism in the Middle East and a senior partner in the Abu Dhabi-based Manaar Energy Consultants.

Beyond these roles however, Craig fosters a passion for helping students understand international affairs and their own place within them. This passion was the impetus for his talk, which involved students and allowed them to share their thoughts. Craig introduced several current situations in the Middle East and then asked the audience to act like foreign policy makers, mirroring the decision-making process undergone by government officials.

Before addressing specific situations, Craig gave an overview of the processes and figures involved in directing U.S. foreign policy. Craig said that his main goal in giving this talk was to “demystify” the foreign policy process and show how the general public is involved.

“There is a process, and it is followed,” he said. “There is a legitimate role for citizens in this process.”

The process to which Craig referred is the series of committees and actions laid out by the National Security Act of 1947. According to this act, the first group involved in policy-making is the Interagency Working Group. Like all of these committees, Craig emphasized, this one has an ad hoc ethos: members are selected based on whose expertise is needed. The Interagency Working Group starts the policy process by making recommendations to the Deputies Committee.

The Deputies Committee, consisting of the deputy secretaries of the federal executive departments, makes further recommendations and examines the information from the Interagency Working Group on a larger scale, considering impacts and interests in various regions.

The Deputies Committee then reports to the Principals Committee, which consists of cabinet members headed by the National Security Advisor to the President. This committee has the final say on accepting or rejecting recommendations from the prior groups. Interestingly, as Craig pointed out, the National Security Advisor role is unique among the positions involved in the policy process in that it is not approved by the Senate. The process gives each president and associated administration considerable power in foreign policy.

“When the policies come to the [Principals] Committee … the person who is making those decisions is the president’s personal appointee,” Craig said.

After these explanations, Craig turned to specific situations. He gave a brief overview before asking student input on U.S. interests, goals and proposed actions in the region.

The first he chose was the situation in Iran, which also involves Yemen and Saudi Arabia. Craig explained that Iran’s current plan is to widely challenge the U.S. throughout the Middle East and attempt to secure U.S. recognition of Iranian interests.

In Yemen, the violence and famine caused by these actions greatly harms the civilian population. Because of Yemen’s location near Saudi Arabia, according to Craig, Iran wants to not only gain control here for the sake of capturing U.S. attention, but they also want the ability to attack Saudi Arabia via Yemen. While the U.S. did not respond to Saudi Arabia’s call for help against Iran, the U.S. nevertheless continue to supply Saudi Arabia with the technology used against Iran.

The second situation Craig examined was the civil war in Syria, which has killed an estimated 300,000 to 400,000 civilians since 2011. In addition to the active fighting in the country, in which civilians and allies aim to overthrow the current government and leader Bashar al-Assad, the conflict has also sparked a massive refugee crisis.

To further complicate the situation, the conflict involves multiple outside powers, including Iran-funded terrorist group Hezbollah and Russia under Vladimir Putin.

Because of this, the war is often classified as a “proxy war” — one in which the instigating powers use outside forces to conduct fighting.

After explaining these situations, Craig called for audience members to share their thoughts on potential U.S. actions, acting like the Interagency Working Group by giving recommendations. Many students chimed in and suggested methods for de-escalating tensions, aiding civilians and protecting U.S. interests.

“I was impressed by students’ willingness to speak up on complex topics in a public setting,” Director of CGUP Dr. David Kenley said. He shared that CGUP initially asked Craig to focus on the U.S. assassination of Iranian general Qasem Soleimani but that Craig asked to speak on the larger context of that event.

While the information shared in Craig’s presentation was often difficult to handle, student attendees appreciated his approach to the events.

“I was really happy with how honest he was about different topics associated with the Middle East, especially with what is happening in Syria,” sophomore Jillian Nichols said. “I enjoyed how he ran the presentation like we were on these committees.”

Junior Caitlin Rossiter echoed this sentiment, emphasizing the importance of educating and informing oneself on current events — which can be done through attendance at presentations like Craig’s.

“I think Ambassador Craig is very knowledgeable on this topic, especially with his past and current experience in the Middle East,” Rossiter said. “I think it’s important, as citizens of the U.S. and as global citizens, to educate ourselves on global happenings.” 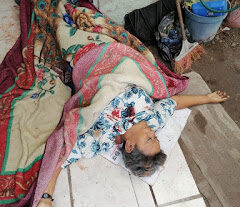 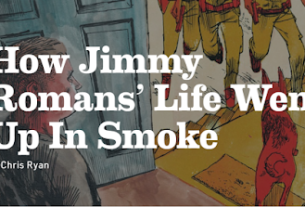 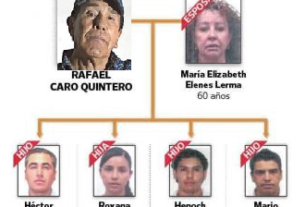