‘The View’: GOP is the Party of Isolationist, Kid-Caging, Radical Racism 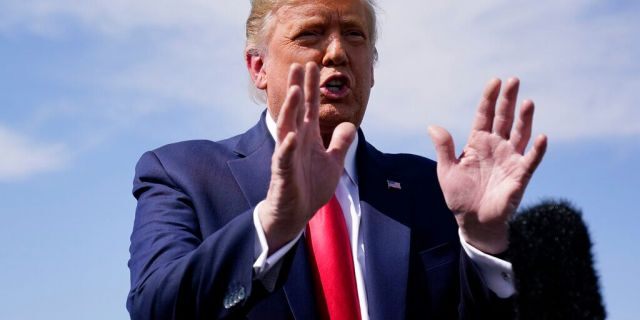 President Donald Trump on Monday said Sudan will be lifted from the list of state sponsors of terrorism once it pays $335 million to U.S. terror victims and their families.

“GREAT news! New government of Sudan, which is making great progress, agreed to pay $335 MILLION to U.S. terror victims and families,” Trump tweeted. “Once deposited, I will lift Sudan from the State Sponsors of Terrorism list. At long last, JUSTICE for the American people and BIG step for Sudan!”

The move from Sudan would open the door for the African country to get international loans and aid needed to revive its battered economy and rescue the country’s transition to democracy.

Sudan has agreed to pay compensation for victims of the 1998 bombings of the U.S. embassies in Kenya and Tanzania, attacks conducted by Osama bin Laden’s al-Qaida network while bin Laden was living in Sudan.

Once the compensation money has been deposited, Trump is to sign an order removing Sudan from the terrorism list, on which it has languished under heavy American sanctions for 27 years.

Congress is then expected to act to restore Sudan’s sovereign immunity, which would effectively stop future compensation claims from being filed against it in U.S. courts.

Sudanese officials have been negotiating the terms of removing the country from the list for more than a year, but the U.S. effort to repair relations with Sudan dates to the end of President Barack Obama’s administration, which initiated the process in January 2017.

The designation of Sudan as a state sponsor of terrorism dates back to the 1990s, when Sudan briefly hosted bin Laden and other wanted militants. Sudan was also believed to have served as a pipeline for Iran to supply weapons to Palestinian militants in the Gaza Strip.

‘The View’: GOP is the Party of Isolationist, Kid-Caging, Radical Racism