WHO to probe ‘sexual exploitation’ by aid workers in DR Congo 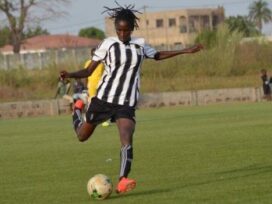 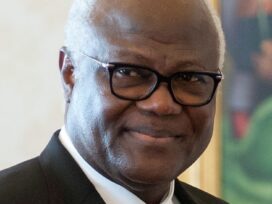 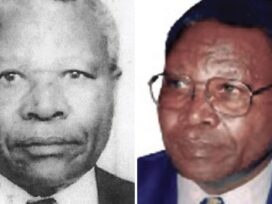 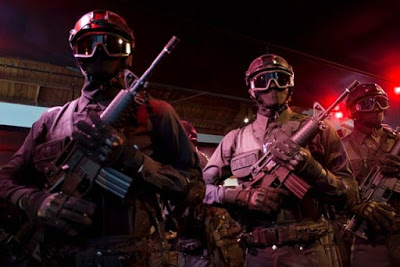 There are at least 13 U.S.
cities that are used as distribution hubs by the Mexican drug cartels. Click to
skip ahead and see the list of top 5 cities that are crowded by Mexican drug
cartels.
According to the DEA, Mexican
drug cartels continue to expand their presence and forge partnerships with
other transnational gangs, U.S. street gangs, prison gangs, and Chinese money
laundering organizations. The DEA “assesses that the following six Mexican
TCOs as having the greatest drug trafficking impact on the United States:
Sinaloa Cartel, CJNG, BeltranLeyva Organization, Juarez Cartel, Gulf Cartel,
and Los Zetas Cartel”.
Sinaloa Cartel is one of the
oldest and most successful drug cartels in Mexico. It is also the most
significant drug trafficking organization in the United States.
Cartel Jalisco New Generation (CJNG) is the youngest of the top 6 Mexican drug cartels. Based in the city of
Guadalajara, CJNG is the fastest growing drug cartel and the second biggest
player in the United States. This is probably not the last time you hear about
CJNG as it is more willing to engage in violent confrontations with rival
cartels and security forces.
Beltran-Leyva Organization
(BLO) is the third most significant Mexican drug cartel in the United States,
followed by Juarez Cartel, Gulf Cartel, and Los Zetas Cartel. “Consistent
with previous years, the Sinaloa Cartel maintains the widest national
influence, with its most dominant positions along the West Coast, in the
Midwest, and in the Northeast. CJNG continues to be the Mexican TCO with
second-most widespread national influence. BLO activities remain more dispersed
throughout the United States, with heavier concentrations in areas with large
heroin markets,” said the DEA.
These cartels primarily employ
Mexican nationals to oversee their distribution operations in the United
States. Their second choice for leadership positions are U.S. citizens of
Mexican origin. They clearly don’t care about violating the employment
discrimination laws.
According to the DEA, these six
Mexican drug cartels generate tens of billions of dollars every year and employ
a multitude of financial transactions and arrangements to launder and smuggle
their earnings into Mexico. “There has also been evidence of the
utilization of cryptocurrencies by Mexican TCOs as a means by which to transfer
their wealth internationally” said the DEA. Mexican drug cartels also
convert wealthy Chinese nationals’ Renminbi (RMB) to US dollars at a lower rate
than the prevailing market rate. Chinese nationals aren’t allowed to transfer
their wealth outside of China, so they are willing to pay Mexican drug cartels
a premium for the cartels’ US dollar cash holdings in exchange for RMB payments
in China. We have no idea what the Mexican drug cartels do with all that RMB and
how they smuggle all that cash out of China.
Our ranking methodology is
quite simple. We ranked each city by the number of different Mexican cartels
that use as a distribution hub. In case of a tie, we rank the city with more
powerful cartels higher. We bet you won’t be able to guess the #1 U.S. city
that is crowded by these violent Mexican drug cartels. Here are our rankings
using DEA’s data:
13. New Orleans
Los Zetas Cartel is the only
Mexican cartel that uses New Orleans as a major hub. Los Zetas Cartel is the
least influential of the 6 Mexican cartels, but this doesn’t mean that its
members aren’t dangerous people.
12. Dallas
Los Zetas Cartel is also the
only Mexican cartel that uses Dallas as a major hub.
11. Laredo
Los Zetas Cartel is also the
only Mexican cartel that uses Laredo as a major hub.
10. Detroit
Gulf Cartel is the only Mexican
cartel that uses Detroit as a major hub. Gulf Cartel is the 5th most
influential Mexican drug cartel in the U.S..
9. Houston
Gulf Cartel is also the only
Mexican cartel that uses Houston as a major hub.

8. Oklahoma City
Juarez Cartel is the only
Mexican cartel that uses Oklahoma City as a major hub. It is the 4th most
powerful Mexican drug cartel operating in the United States.
7. El Paso
Juarez Cartel is also the only
Mexican cartel that uses El Paso as a major hub.
6. New York City
Jalisco New Generation Cartel
is the only Mexican cartel that uses New York City as a major hub. Mexican
cartels aren’t prevalent in New York City probably because smaller Colombian
drug operations still supply large quantities of cocaine and heroin into New
York City.
Sinaloa Cartel and Juarez
Cartel both use Denver as a major distribution hub. Juarez Cartel is the fourth
powerful Mexican drug Cartel operating in the U.S..
4. Phoenix
Sinaloa Cartel and
Beltran-Leyva Organization both use Phoenix as a major distribution hub.
Beltran-Leyva Organization is the third most powerful Mexican drug cartel in
the U.S..
3. Atlanta
Sinaloa Cartel and Jalisco New
Generation Cartel both use Atlanta as a major distribution hub. Jalisco New
Generation Cartel is the second most powerful Mexican cartel in the United
States.
2. Los Angeles
We bet you were thinking that
Los Angeles is the #1 city that is crowded by Mexican drug cartels. There are
only 3 major Mexican drug cartels based in Los Angeles: Sinaloa Cartel, Cartel Jalisco
New Generation, and Beltran-Leyva Organization.
1. Chicago
Are you surprised to see
Chicago at the top of this list?  (nope)
Sinaloa Cartel, Cartel Jalisco New Generation,
Beltran-Leyva Organization, and Juarez Cartel operate out of Chicago even
though it is such a long distance from Mexico. Chicago isn’t the murder capital
of the United States, but its reputation in this regard is pretty bad. There
were 750 murders in Chicago in 2016 and the rivalries among Mexican drug
cartels and the gangs that help them distribute their illegal drugs definitely
contributed to the Chicago’s murder tally. According to our latest calculations
Chicago also has an average of 2.1 murders per day so far in 2020 and currently
sits at the top of our list of 15 U.S. cities with the highest number of
murders. 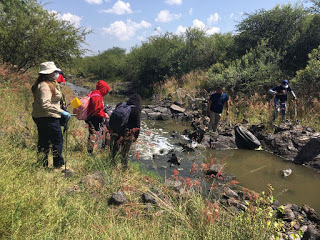 by The Daily US News September 30, 2020Comments Off on Nearly 100 bodies found in eight clandestine mass graves in Irapuato, Guanajuato 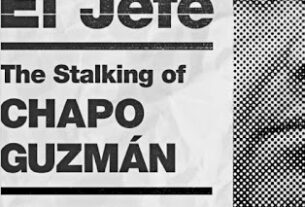 September 30, 2020Comments Off on The Kid Who Masterminded El Chapo’s Secret Phone Network 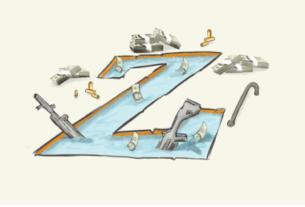 45 “ghost” companies linked to Zetas, is investigated for money laundering in 5 countries

September 30, 2020Comments Off on 45 “ghost” companies linked to Zetas, is investigated for money laundering in 5 countries 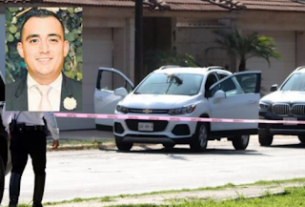 September 29, 2020Comments Off on Businessman killed in Nuevo León was a Gulf Cartel money launderer 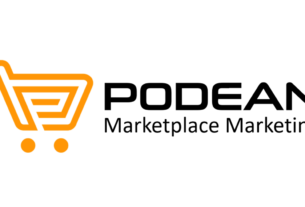 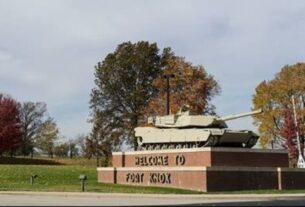 by The Daily US News September 30, 2020Comments Off on Nearly 100 bodies found in eight clandestine mass graves in Irapuato, Guanajuato

September 30, 2020Comments Off on The Kid Who Masterminded El Chapo’s Secret Phone Network

45 “ghost” companies linked to Zetas, is investigated for money laundering in 5 countries

September 30, 2020Comments Off on 45 “ghost” companies linked to Zetas, is investigated for money laundering in 5 countries

Duchess of Sussex: Meghan and Harry book can be used in privacy case 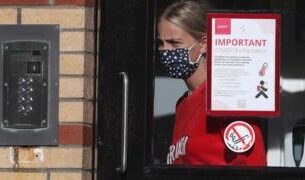 Students home for Christmas with end of term online 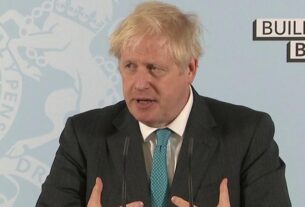 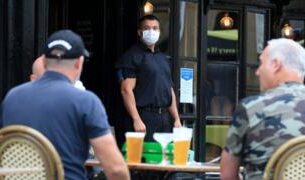 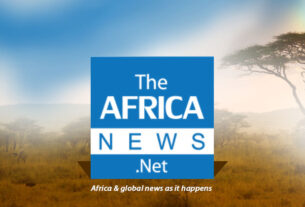 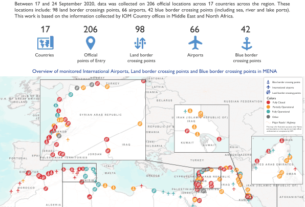 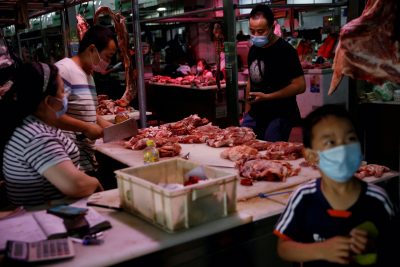 COVID-19 and the Asian meat complex 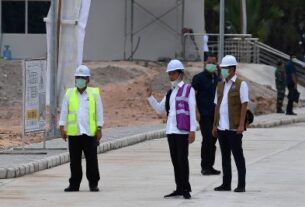 Indonesia fights COVID-19 on a budget 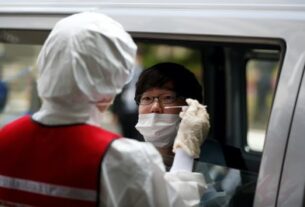 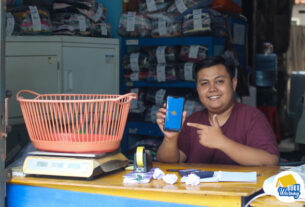