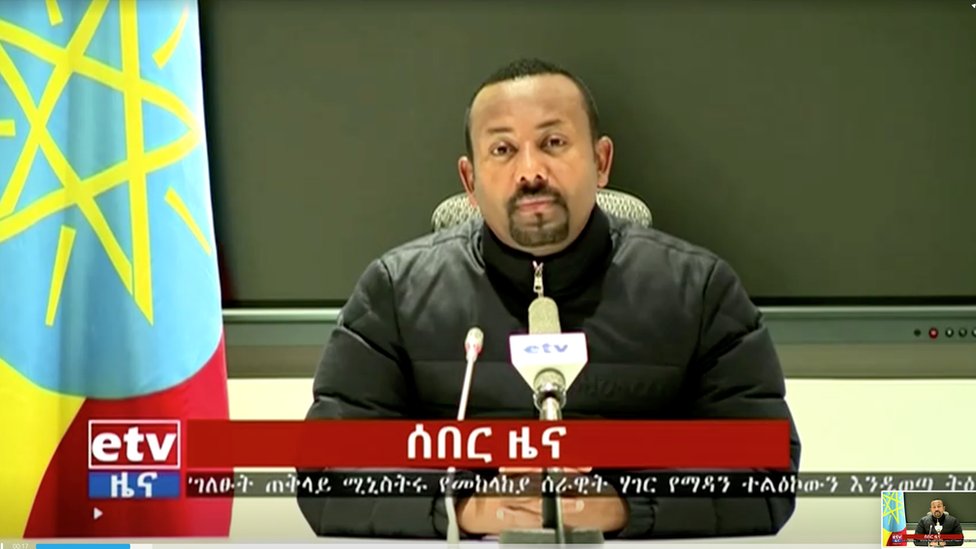 .css-14iz86j-BoldText{font-weight:bold;}The Ethiopian prime minister has vowed to continue a military offensive in the northern state of Tigray amid concerns it could descend into civil conflict.

Tensions between the state and the federal government have been building for months.

Meanwhile the Tigrayan president said that his region was in a state of war.

In a statement on television, Debretsion Gebremichael said that resources would be mobilised in preparation for a conflict.

The state’s governing party, the Tigray People’s Liberation Front (TPLF), was once at the centre of power in Ethiopia, but since Mr Abiy became prime minister in 2018, it has been increasingly marginalised.

What did the Ethiopian prime minister say?

In a televised address Mr Abiy, who won the Nobel peace prize last year, said the military’s operation was a success and would continue.

He said it was launched in response to a deadly attack on a military camp. He did not say how many people were killed.

What do we know about the fighting?

Details are scant as the prime minister said information would be released once operations were over.

In the early hours of Wednesday morning, he said that he had ordered a military offensive after an army base was taken over by forces loyal to the regional government. He accused the TPLF of launching the attack.

The attack resulted in “many martyrs, injuries and property damage”, he said in a TV address. 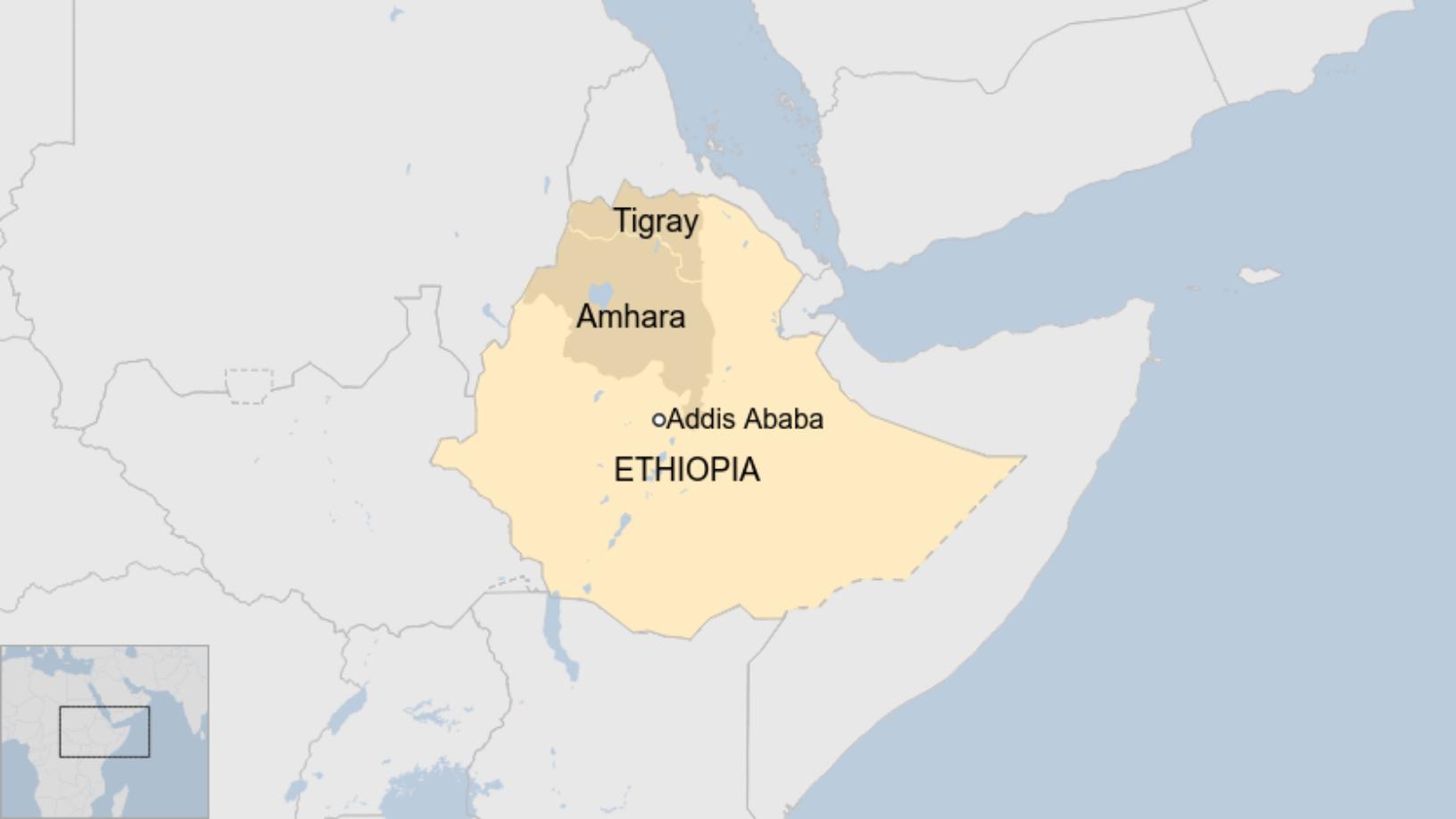 Later on Wednesday, the BBC spoke to eyewitnesses who confirmed that the Northern Command Headquarters in Tigray’s regional capital, Mekelle, was under the control of the Tigray special forces. That does not appear to have changed.

A humanitarian source has told the Reuters news agency that shelling and shooting could be heard near the border with Amhara state in the early hours of Thursday.

Nearly two dozen soldiers are being treated in a local clinic, the source is quoted as saying without being specific about which side they came from.

What is the state government saying?

Mr Debretsion confirmed that fighting was going on in the western part of his region that borders Amhara.

“The people of Tigray shouldn’t be attacked with the weapons in Tigray. We are fully armed now. We are not inferior to them in terms of weaponry, maybe better.”

How are things in Mekelle?

There were reports that the sound of gunfire could be heard early on Wednesday morning, but since then calm has returned to the city.

The telephone lines, internet and electricity have all been cut and banks are closed, but people are on the streets carrying on their normal activities, witnesses have told the BBC.

There is also a high security presence of members of the regional force.

What are diplomats saying?

On Wednesday, amid the drama of the US election, US Secretary of State Mike Pompeo issued a statement calling for an end to any fighting.

“We are saddened by the tragic loss of life and urge immediate action to restore the peace and de-escalate tensions… the protection of civilian safety and security is essential,” he said in a statement.

The African Union, whose headquarters are in the Ethiopian capital, Addis Ababa, is pushing for talks but the government is not willing to negotiate, sources told the Reuters news agency.

What’s this all about?

The TPLF was the most powerful partner in Ethiopia’s governing coalition until 2018, when Mr Abiy came to office following nationwide protests by ethnic Oromos. Since then, the party’s power has waned.

Mr Abiy created a new governing party, but the TPLF did not join.

In September, the Tigrayan authorities went ahead with an election in defiance of a nationwide postponement that was put in place following the outbreak of coronavirus.

The federal government had described that election for the Tigray parliament as “illegal”.

The vote raised concerns that the TPLF was laying the groundwork for the creation of a breakaway state, with a parliament and government taking office without the blessing of the federal government.

But the TPLF said that it was committed to keeping the region within Ethiopia, but said it would defend “self-rule” and oppose what it called Mr Abiy’s attempt build a strong “unitary” state.

Mr Debrestion told reporters on Monday that the government was going to attack – alleging it was punishment for organising the election.

Mr Abiy then accused the TPLF of attacking the military base and sent in the Ethiopian military.

The federal government has also declared a six-month state of emergency in the state of Tigray, and airspace in the region has been closed.