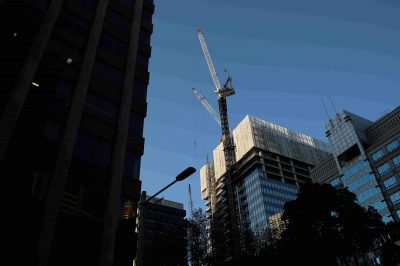 The Australian government is proposing further changes to the rules that apply to foreign direct investment (FDI) from 2021. The changes involve the relaxation of some measures and a tightening of others. The former is welcomed, but the latter raises significant issues. While the motivation for tightening is understood, there are other policy instruments that are better.

The relaxation has to do with the thresholds applied in screening FDI. A change was made in March 2020, during the height of the COVID-19 pandemic, to screen all foreign investments into Australia: previously only investments above a certain value were reviewed. The concern was that businesses in distress would fall victim to foreign buyers.

The original (and indexed) thresholds are now expected to be reinstated from 1 January 2021, although that depends on ‘the impact of the virus on the economy’.

The tightening of FDI rules is about new provisions that apply to national security, justified by new risks related to technological change and shifts in the security environment.

The issues relate to investments in national security land and businesses. The latter includes telecommunications companies, owners of ‘critical infrastructure’ and suppliers of goods and services for military use. National security land includes defence premises, land of interest to the national intelligence community and other land declared by the Treasurer.

Foreign investors are expected to notify the government when investing in these sorts of assets. The government can then decide whether to approve the project.

Of more interest is the case where investors do not notify the government, including because they believe that their plans would not trigger the national security test. The new rules mean that the Treasurer has the option to ‘call-in’ these investments and undertake a review within 10 years of an investment being made. The Treasurer might then decide to ask the investor to sell some assets or impose some other condition.

The Treasurer will now also have a ‘last resort power’ to review cases where no objection has previously been made, but when exceptional circumstances arise. The argument for the application of these powers is that technology and circumstances change and businesses which were not considered to be elements of national security become so.

Australia is not alone in screening investments. But the application of powers retrospectively, and over such a long period of time, adds further uncertainty to foreign investment decision-making and will likely impede capital flows.

Economic instruments such as bans or controls are being used to deal with national security matters. The expectation is that limiting foreign access to assets reduces the risk of a breach of national security. But there is a gap between the ownership of an asset or a business, and acts which threatens national security.

The approach that’s planned may incur significant costs. In addition to the negative impact on capital flows, there are circumstances in which foreign investment itself contributes to national security goals. For example, it opens the pool of potential suppliers, increases competition, introduces alternative technologies and reduces reliance on single production systems.

Another issue in the new regime is the application of retrospectivity. The use of this approach is a result of the use of indirect measures. When an issue arises, then attention reverts to and may involve a review of an earlier decision making process, rather than dealing with the current issue directly.

Other tools for the protection of national security are available. These include legal processes that apply to actions by individuals or organisations that apply to espionage. In Australia, they are coordinated by the Department of Home Affairs.

When considering the use of the last resort power, the draft laws say that the Treasurer must ‘be satisfied that the use of other options under the existing regulatory systems of the Commonwealth, States and Territories would not adequately reduce the national security risk’. This principle could be applied more widely than the last resort power over foreign investment in considering the national security test.

The greater weight on economic instruments than others in national security matters can be understood from a number of points of view.

One is visibility. Economic instruments are more visible than national security measures. A government seeking to demonstrate its responsiveness to community concern about national security clearly puts political weight on visible action.

The views of national security agencies are another driver. The field of their work is reduced by constraints on foreign participation in the economy. But this creates other costs not borne by them but by the community at large.

A circuit breaker on these drivers would be a renewed focus on transparency and accountability in national security policy. That’s possible without diminishing the effectiveness of those tools and the effort in their application.

While the restrictions on FDI into Australia in the time of COVID-19 look like being relaxed, foreign investors will now face a new regime driven primarily by national security goals. In the end, the national economic consequences depend on how the new regime is implemented. But alternatives to using economic policy instruments in the hope of serving national security objectives are worth closer examination than been given so far.

Christopher Findlay is Honorary Professor of Economics at the Crawford School of Public Policy, the Australian National University.