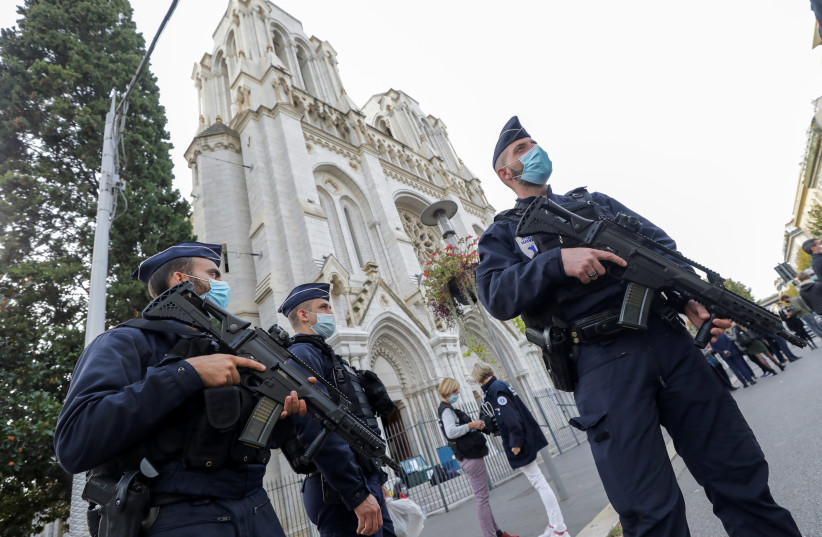 The collapse of the Soviet Union has consecrated the United States as the only superpower. The attacks of September 11, 2001, and the emergence of Islamist terrorism globalized by al-Qaeda and the Islamic State, have impacted Islam, the equilibrium of the world and of the region. The Arab Spring highlighted the ongoing friction between sometimes-weak democratic aspirations, and authoritarian, nationalist and radical tensions.For more than 30 years the Middle East has been being reshaped. The causes and consequences are numerous: the collapse of Iraq, Yemen and Libya; the Syrian tragedy and the exodus of several million refugees; the near disappearance of Christian populations; the Westerners once again abandoning the Kurds, the only ones fighting back against the Islamists on the field; and finally, the Shia-Sunni split exacerbated more than ever. The great beneficiary of these disruptions is Iran, which has built a Shia arch and imposed protectorates in Iraq, Syria and Lebanon. The nuclear impulses and ballistic proliferation of the mullah’s regime are imposing themselves as today’s main threats against local security and beyond. The Israeli-Palestinian conflict therefore appears like a regional dispute of low intensity.Clearly, the former Persian, Ottoman and Russian empires are trying to regain their roles in the region. Despite a gradual withdrawal, the United States is playing a crucial role, through its privileged relationship with Israel and Saudi Arabia. The best example is the Trump-Kushner plan, which has unquestionably shifted the lines.Europe is mostly absent, not only because it is not a military power, but because it is divided and without a vision. And France, which is bravely engaged militarily in the region against the Islamic State, is using all its political weight in Lebanon to help the country extricate itself from the crisis. It is also showing great firmness against Turkey, although it still has not been able to break free from an obsolete diplomatic tradition regarding the Israeli-Palestinian issue.There is an urgent need to move away from this. “The foundation of a Palestinian state within the borders set in 1967, with Jerusalem as the capital city of the two states” is an obsolete sentence today. The Oslo Accords and their consequences, changes in the balance of power, and the new geopolitical order make it impossible to go backward. Fearing a break with the Arab world and the Palestinians, and paralyzed by the passions this conflict stirs even in France, French diplomacy has frozen. Peace is not about a successful balancing act nor is it about moral arbitrage. It is about entering a new paradigm willingly.

if(window.location.pathname.indexOf(“647856”) != -1) {console.log(“hedva connatix”);document.getElementsByClassName(“divConnatix”)[0].style.display =”none”;}This is why I believe France must now acknowledge that Jerusalem is indeed the capital of Israel. The protection of holy sites of the three main monotheistic religions must, of course, be guaranteed. We must encourage the creation of a Palestinian state. It is also in Israel’s interest and necessary to build a lasting peace. But we must denounce the absence of democratic processes and the corruption that is undermining the Palestinian Authority, put an end to the idea that refugees can go back to where they came from, ask the Palestinian leaders to condemn terrorism and hate speech, and advise them to negotiate with the Israelis on new grounds.AFTER THE signature of the Egypt-Israel Peace Treaty in 1979 and the signature of the Israel-Jordan Peace Treaty in 1994, normalization between Israel and several Arab states has been ongoing: the United Arab Emirates and Bahrain in September, Sudan two weeks ago, and others will follow soon. It is the successful conclusion of the rapprochement with Israel in the face of the Iranian threat. However, it is mostly the response to economic changes and the need for these countries to think about a post-petroleum era by developing partnerships with Israel, a vital partner in innovation. This was Shimon Peres’s dream: to build peace around knowledge and research. France, strong in its strategic, security and defense alliance with the UAE, must support this movement because it commits her to do so. This movement carries hope for the region and ourselves.Yes, finally, our future also depends on the evolution of the balance of power in the Middle East. We witness this at our doorstep, in the Mediterranean region in the face of the actions of Turkey. By his intolerable refusal to condemn the brutal beheading of Samuel Paty of Conflans-Sainte-Honorine and his insults toward France, Turkish President Recep Erdogan is advocating for a most radical Islamism.This can be seen elsewhere in the region. Saudi Arabia – the international sponsor of radical Islamism born from Wahhabism – and even Qatar – through which many financial flows are funneled to terrorist groups and which is promoting the Muslim Brotherhood – have weighed a lot on what happened these past decades. Today, there are more and more countries calling for the boycott of French products in response to the French president’s promise to “not to give up cartoons.” This clearly defines the side of those who, in the Middle East, lead or support a fight against our values. Radical Islamism is a global and strategic threat that affects our international relations and directly impacts the French Republican model. We must distance ourselves from this unconscious thinking, probably inherited from colonization that sometimes drives us to relativism. We must everywhere speak the same language. In Beirut, Lebanese men and women have raised their voices loud and clear, taking every risk. On the political stage as well as on the military field, Hezbollah (the so-called “Party of God”) promotes a deadly and antisemitic ideology and uses terrorism as its only weapon. France and the European Union must designate this actor for what it is: a terrorist organization.Let us move from a traditional diplomacy to a diplomacy of resolutions. Let’s defend our values and interests and strengthen our alliances. Too often, reduced to the weight the Holocaust has left on the European conscience, our relationship with Israel must assert itself in all fields, because it is deeper than that. It is based on sharing the same values and a common vision of the world, about progress, modernity and humanity. A strategic alliance alone is not sufficient: our relationship needs to get translated into practical actions. Our fates are intertwined. France must dare!The writer is a former prime minister of France.