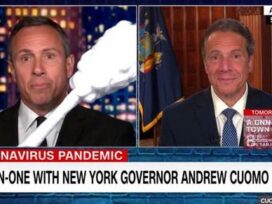 (Bloomberg) — The European Union is used to having the upper hand in the Brexit negotiations. Its surefootedness and unified communications have helped it get most of what it’s wanted since talks started 18 months ago.

But with nine weeks left until the U.K. is scheduled to leave the bloc, and still no British parliamentary approval for the agreement struck between the two sides, the pressure may be starting to tell.

Mixed messages this week surrounded the Irish border and what would happen to it if the U.K. leaves without a deal. That would mean no “backstop” — the insurance policy to prevent a hard border between Northern Ireland and the Irish Republic — which many lawmakers in the U.K. deem unacceptable but which the EU and Ireland say is an essential part of the Brexit agreement.

The headache for all sides is that while a policed border brings back memories of Northern Ireland’s recent violent past, Brexit makes the frontier the limit of the bloc’s single market and customs union, and the EU needs to turn away goods or food products that don’t meet its standards.

What few people have felt able to answer until now is what happens in the event of no deal. Irish Prime Minister Leo Varadkar insists his government would “never” build a border. The U.K. says it won’t either. So what’s the point of the risking the entire Brexit deal by insisting on the backstop?

“If you push me to speculate on what might happen in a no-deal scenario in Ireland, I think it is pretty obvious you will have a hard border,” he told reporters in Brussels. “I can reiterate our commitment to the Good Friday Agreement, support to peace and trans-border cooperation, but a no-deal Brexit will clearly, clearly put most of these things at risk.”

The remarks surprised the government in Dublin, which has consistently seen eye-to-eye with the European Commission throughout the Brexit process. On Tuesday night, Varadkar acknowledged a no-deal scenario would be a “real dilemma.”

Some in Ireland wondered if a subtle message was being conveyed to Dublin — be crystal clear about the consequences of a no-deal Brexit. So far, officials maintain there has been no overt pressure from the EU to dilute the backstop in any way — aside from the Polish foreign minister’s suggestion that a five-year time limit be put on the backstop. Right now the Irish government is holding its nerve.

Twenty-four hours after his initial remarks, Schinas rowed back on the previous day’s comments saying the “EU is determined to do all it can, deal or no deal, to avoid the need for a border and to protect peace in Northern Ireland.”

The clarifications “provide the full picture,” Schinas said on Thursday when reporters asked for a better explanation of why the backstop is necessary.

Varadkar turned the focus back on London, by suggesting the U.K. might struggle to seal new trade deals if it left the Irish question in the balance.

“In order to honor our commitment to the people of Ireland that there be no hard border, we would have to agree on full alignment on customs and regulations, so after a period of chaos we would perhaps end up where we are now, with a very similar deal,” he said at the World Economic Forum on Thursday, according to broadcaster RTE.

“Ireland and the rest of the EU will figure out how to solve this,” EU competition Commissioner Margrethe Vestager said in an interview with RTE Friday.

To contact the reporters on this story: Ian Wishart in Brussels at iwishart@bloomberg.net;Dara Doyle in Dublin at ddoyle1@bloomberg.net

To contact the editors responsible for this story: Ben Sills at bsills@bloomberg.net, Jones Hayden, Kevin Costelloe

For more articles like this, please visit us at bloomberg.com 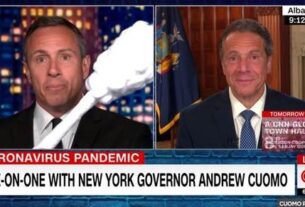