BOOM! FOX 26 Reporter Announces LIVE ON AIR That She Is Secretly Recording the Channel and Will Release the Video with Project Veritas Tomorrow! (VIDEO)

Arizona State Senator Wendy Rogers: DOJ “Will Be LEGALLY DEALT WITH – The Nation Is Looking To Arizona” (Video)

Instead of Visiting the Border, Kamala Harris Takes Selfies at Vaccination Site in South Carolina (VIDEO) On the eve of the Samoan Independence Day on 1 June, the Archbishop of the Catholic Church Alapati Lui Mataeliga used his Monday mass to castigate Tuilaepa, suggesting the current caretaker government is heading towards a dictatorship and that ‘the heart of any democratic government is the constitution and the rule of law’. The intervention by the Archbishop of Samoa’s second largest church adds a powerful dynamic to the political crisis.

Samoa’s Head of State Tuimalealiifano Va’aletoa Sualauvi II — who suspended parliament and called for reconciliation and forgiveness — suggested that only God could provide a solution to the impasse.

Samoa’s complex web of traditional practices and relationships has interwoven modern politics with traditional power structures like the Tama-a-Aiga — the four chiefly titles of Samoa — and now the church. Three of the four Tama-a-Aiga are aligned with Fiame.

Tuilaepa’s refusal to cede to Fiame is pure politics, but the solution will need to be indelibly Samoan. Reactions from across the Pacific have been revealing about the state of the region and the future of regionalism.

First, three out of five Micronesian states withdrawing from the Pacific Islands Forum (PIF) moved quickly to acknowledge the election result and political turmoil in Samoa. The move was unexpected and again demonstrated the Micronesian states willingness to test the ‘Pacific way’. The Federated States of Micronesia announced its formal recognition of Fiame as the newly elected prime minister in a statement curiously devoid of the language of family that usually softens communications between Pacific leaders.

Palau President Surangel Whipps Jnr also congratulated Fiame and noted his disappointment with Tuilaepa’s conduct. The Marshall Islands followed with a statement emphasising the importance of the rule of law and democratic values, while former Marshallese president Hilda Heine heralded the win for Pacific women.

The messaging from the north Pacific reflects the ongoing rift in the PIF. The selection of the PIF secretary general has largely been by consensus, loosely based on sub-regional rotation and highly political. The Micronesian states claimed it was their turn in 2021 and started the year-long process of withdrawal after former Cook Islands prime minister Henry Puna was elected secretary general. The tensions also reflect intergenerational changes as a younger cohort of leaders flex their political muscle. Not surprisingly, no other Pacific leaders have publicly commented although the wires have been running hot.

The PIF was much slower to respond to the political crisis. Holed up in Auckland and unable to travel to Suva due to the Fijian COVID-19 outbreak, Secretary General Puna made a boilerplate statement in May this year emphasising the role of the Samoan way in resolving the crisis. Absent were references to upholding the rule of law and democratic processes, despite Forum members having made such commitments in the 2000 Biketawa Declaration.

This was a missed opportunity for Puna to show regional leadership at a time when regionalism has been splintered by the rift with the five Micronesian states. The PIF cannot afford to be absent from the conversation as it undergoes a review of Pacific regional architecture, develops the 2050 Strategy for the Blue Pacific Continent and reforms the secretary general selection process.

Second, the responses from the two largest members of the PIF, Australia and New Zealand, were identical in tone but reflected two vastly different political realities.

Australian Foreign Minister Marise Payne urged all parties to respect the rule of law and democratic processes in the context of ‘[Australia’s] close friendship with Samoa’. Mindful of New Zealand’s role as an administrator prior to Samoan independence in 1962 and the Samoa–New Zealand Treaty of Friendship, New Zealand Prime Minister Jacinda Arden went one step further by citing her respect for Samoan sovereignty and the mana (prestige) of its democratic institutions.

Ardern also stated that Aotearoa New Zealand was ‘not in a position to intervene’. In the Pacific, New Zealand’s foreign policy is domestic policy, as officials warn about the Samoan stand-off causing division in the diaspora. Herein lies a critical difference between Canberra and Wellington. Fiame recently called for stronger action from New Zealand and Australia, meaning the informal shuttle diplomacy taking place between Wellington, Canberra and Apia may not be enough if the crisis becomes protracted.

Third, the clamour that followed Fiame’s statement that her incoming government would scrap the Chinese-funded Vaiusu Bay port indicates the impact of strategic competition on the Pacific. International media pushed the China angle and Samoan social media debates revealed opposing views on Chinese influence. Much of the commentary about the dual-usages of the port failed to acknowledge the role that land owners and local dynamics played in the outcome.

The question now is whether Tuilaepa will heed the advice of Archbishop Mataeliga. The caretaker prime minister continues to claim that the FAST party attempted to seize power but suggested that ‘the traditional consensus process was the most appropriate way to move forward from crisis’.

Amid the ongoing political crisis, the theme of Samoa Language Week in New Zealand is Ola manuia le anofale (strengthen the posts of your house for all to thrive). It could not be more appropriate given what is unfolding in Samoa. 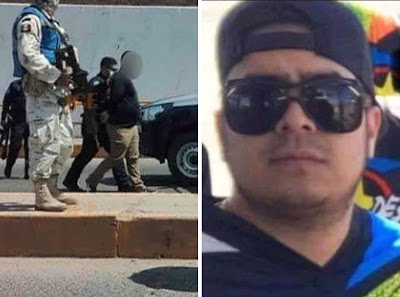 by The Daily US News June 14, 2021Comments Off on CDS Los Salazar’s El Chango Arrested BOOM! FOX 26 Reporter Announces LIVE ON AIR That She Is Secretly Recording the Channel and Will Release the Video with Project Veritas Tomorrow! (VIDEO)

by The Daily US News June 15, 2021Comments Off on BOOM! FOX 26 Reporter Announces LIVE ON AIR That She Is Secretly Recording the Channel and Will Release the Video with Project Veritas Tomorrow! (VIDEO)

Arizona State Senator Wendy Rogers: DOJ “Will Be LEGALLY DEALT WITH – The Nation Is Looking To Arizona” (Video)

June 15, 2021Comments Off on Arizona State Senator Wendy Rogers: DOJ “Will Be LEGALLY DEALT WITH – The Nation Is Looking To Arizona” (Video)

June 15, 2021Comments Off on Roger Waters Says He Told Mark Zuckerberg to ‘F-ck Off’ When He Asked to Use ‘Another Brick in the Wall’ in Instagram Ad

Instead of Visiting the Border, Kamala Harris Takes Selfies at Vaccination Site in South Carolina (VIDEO)

June 15, 2021Comments Off on Instead of Visiting the Border, Kamala Harris Takes Selfies at Vaccination Site in South Carolina (VIDEO)

by The Daily US News June 14, 2021Comments Off on CDS Los Salazar’s El Chango Arrested ‘We want another homeless hotel – and we can make it work’ Covid: Lockdown easing in England to be delayed by four weeks 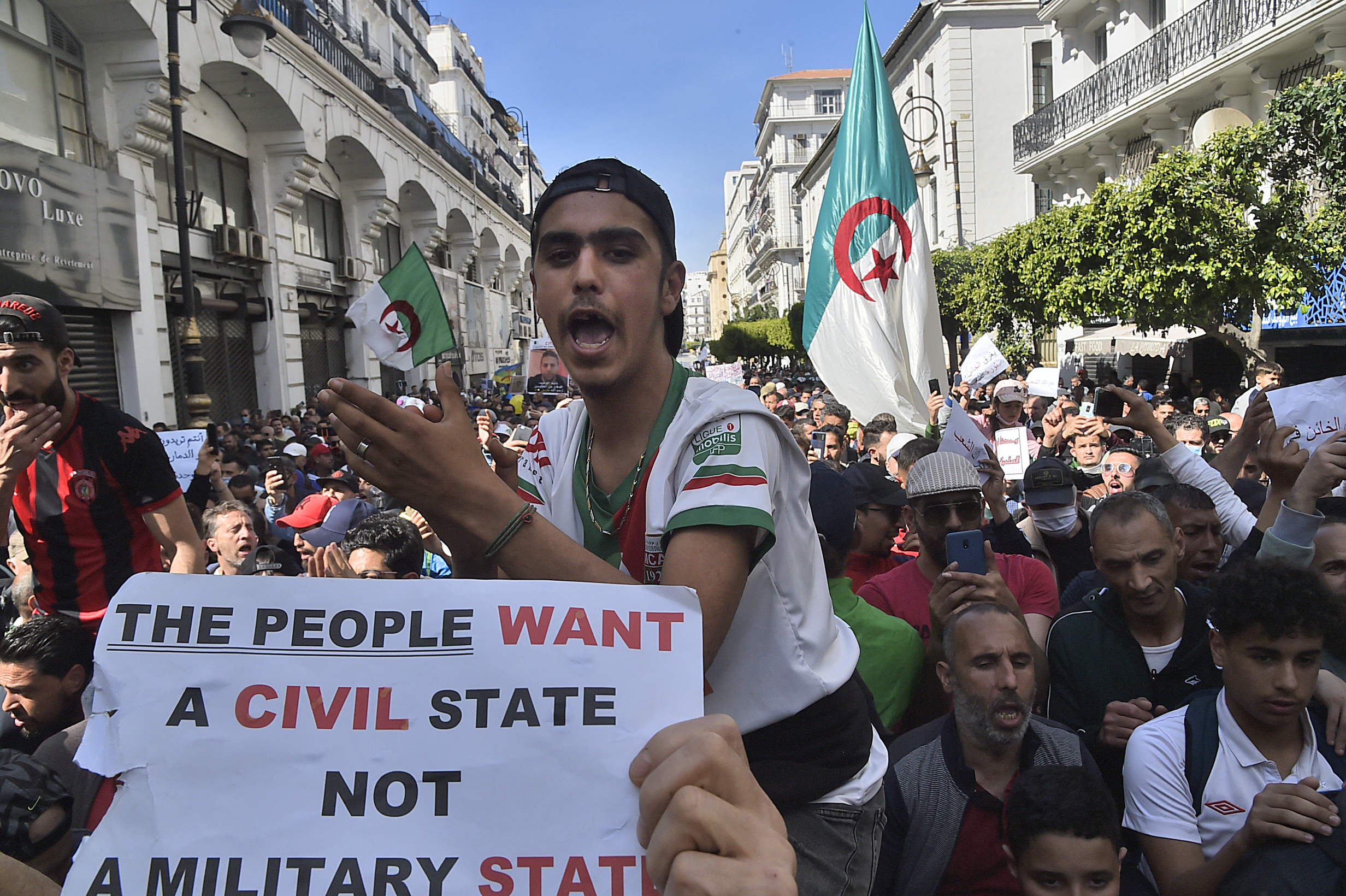 Signs of life for global cooperation out of COVID-19 Yousign raises $36.6 million to build a European alternative to DocuSign