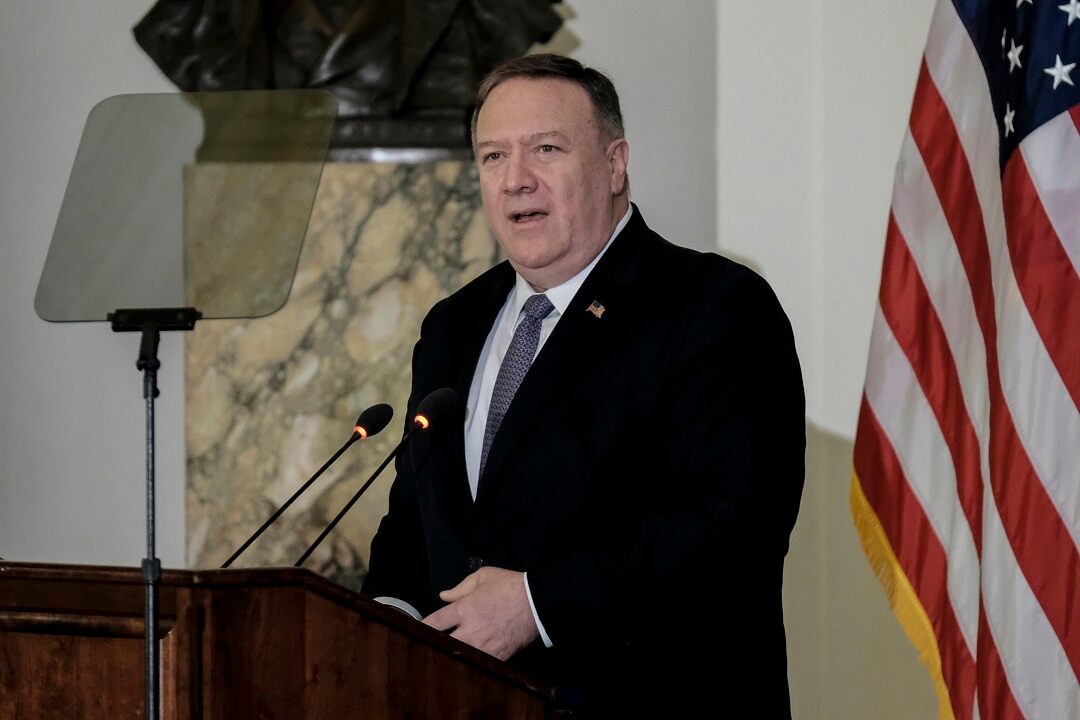 Secretary of State Mike Pompeo seized on a U.N. report confirming Iranian weapons were used to attack Saudi Arabia in September and were part of an arms shipment seized months ago off Yemen’s coast; State Department correspondent Rich Edson reports.

Secretary of State Mike Pompeo addressed the United Nations Security Council Tuesday in another attempt to persuade the international security group to extend the arms embargo against Iran.

“This chamber has a choice: Stand for international peace and security, as the United Nations’ [UN’s] founders intended, or let the arms embargo on the Islamic Republic of Iran expire, betraying the UN’s mission and its finest ideals, which we have all pledged to uphold,” Pompeo said during a video conference.

The arms embargo against Iran is set to expire in October as a part of the Joint Comprehensive Plan of Action (JCPOA), also referred to as the Iran Nuclear Deal signed by Iran, the EU and permanent members of the U.N. Security Council — including the United States, which pulled out of the deal in 2018 under President Trump, who called the agreement “decaying and rotten.”

Pompeo urged the council to consider Iran’s ability to purchase “Russian-made fighter jets” should the embargo expire, adding that the aircraft have the ability to strike “up to a 3,000-kilometer radius, putting cities like Riyadh, New Delhi, Rome, and Warsaw in Iranian crosshairs.”

Pompeo said Iran would be able to more easily supply weapons to known terrorist organizations such as Hamas and Hezballah, and become a “rogue weapons dealer” profiting off arms supplied to Venezuela and Syria.

The U.S. has already created a draft resolution calling to extend the embargo indefinitely. And while the resolution only needs nine of the 15 votes to pass, it cannot be vetoed by Britain, China, France or Russia.

China and Russia are likely to veto the bill, as their partnership has only strengthened while the United States’ has diminished, particularly with China in recent months.

Pompeo warned that they, too, should be wary of the arms embargo expiring, saying Iran will threaten economic stability in the Middle East, which will in turn affect stable energy prices that countries like China and Russia rely on.

Iranian President Hassan Rouhani has also said: “When the embargo… is lifted next year, we can easily buy and sell weapons.”

“We should take him at his word,” Pompeo added.

“Just consider the secretary-general’s report that we’re discussing today,” he continued. “The report confirmed that weapons used to attack Saudi Arabia in September 2019 were of Iranian origin.”

“The report has also confirmed the weapons interdicted off the coast of Yemen in November 2019 and February 2020 were of Iranian origin,” Pompeo said, noting that Iran is already breaking the terms on its arms agreement prior to the expiration date.

Addressing the comments made by Pompeo, Iranian Foreign Minister Mohammad Javad Zarif told the Security Council that any change to the agreement, including extending the embargo, is “tantamount to undermining [the JCPOA]… in its entirety.”

“The council must not allow a single state to abuse the process,” Zarif said.

Members of the Security Council criticized Trump’s decision to pull the U.S. out of the nuclear deal in 2018, saying it would threaten security stabilization efforts in the region and nuclear non-proliferation.

However, it is unclear if the U.K. or France will side with the United States’ resolution to extend Iran’s arms embargo.

U.K. Deputy Representative to the U.N. Jonathan Allen agreed that lifting the arms embargo in October “would have major implications for regional security and stability.” But Allen also said that the “preservation of the JCPOA will continue to be the guiding principle” in the U.K.’s decision in how to proceed with Iranian arms.

“Seventy-five years ago, the founders of the U.N. came together after the devastation of World War II to ensure that the world would never again have to face such horrors,” Pompeo said in his closing remarks to the council.

“Let’s uphold the mission of this body to address the threats to international peace and security that the Islamic Republic of Iran presents,” he added.