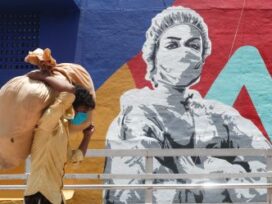 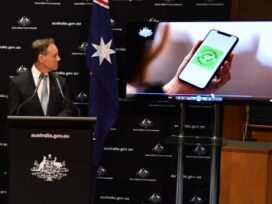 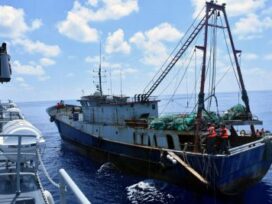 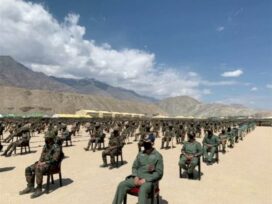 Prelude to a China–India strategic showdown?

Advertise Here for only $299 mo. Unlimited cpc Adspace ID1
“MX” for Borderland Beat
Raymundo Elmer Prior Reyes, the municipal police chief of San Juan Evangelista, Veracruz, was murdered by suspected members of the Jalisco New Generation Cartel (CJNG), a criminal group based in Jalisco but with presence in several states across Mexico, including Veracruz.
According to police reports, Raymundo was killed as he drove his Ford pick-up truck through a highway near La Cerquilla rural community. A group of armed suspects tried to force him to a stop, but the police chief sped up to lose trace of them. He eventually lost control of his vehicle after it drove off the highway. The gunmen finished him off on the side of the road. His bullet-ridden body was found inside the vehicle.

There has been a wave of assassinations of people linked to the municipality of San Juan Evangelista in recent months. Last year, the police chief who proceeded Raymundo as killed. A few days later, the town’s ex-mayor was killed too. Investigators suspect Raymundo and others were killed for refusing to support the CJNG, who holds a stronghold in San Juan Evangelista.

Early life and career
Raymundo Elmer Prior Reyes was born in Ixhuatlán de Madero, Vercruz. In 1995, he was appointed as the mayor of his hometown as a member of the Institutional Revolutionary Party (PRI). He held the role until 1997.
After his stint in politics, Raymundo held multiple roles as a police officer in Veracruz. He was an officer of the now-extinct Federal Judicial Police (PJF) and a commander in the Veracruz State Police in multiple cities across the state. Among the notable cases he presided over was the November 2006 murder of Veracruz cattle rancher and cacique (indigenous leader) Cirilo Vázquez Lagunes.

In his latest role before presiding over San Juan Evangelista’s police force, Raymundo was a commander in Veracruz’s Institute of Auxiliary Police and Heritage Protection (IPAX). He held the role until December 2018.
CJNG in San Juan Evangelista
Advertise Here for only $299 mo. Unlimited cpc Adspace ID2

The CJNG first arrived in Veracruz in 2011 and made their first public appearance by carrying out large public acts of violence to intimidate their turf rivals, Los Zetas. Over the years, the CJNG expanded under their leader Nemesio Oseguera Cervantes (“El Mencho”) and became one of the largest criminal groups in Mexico alongside the Sinaloa Cartel.

The CJNG regional boss of San Juan Evangelista and of the other municipalities mentioned was Abraham Morales Trinidad (“Doble Cero”). He reported directly to José Roberto Sánchez Cortés (“El 80”), the leader of the CJNG in Veracruz. Under Doble Cero was CJNG lieutenant Félix Hernández (“El Garrobo”).

Authorities confirmed the arrests of CJNG members in December 2019 caused a major regrouping in the CJNG and motivated the rival Zetas cartel to push for an incursion in the region.

At around 11:00 a.m. on 17 March 2020, Raymundo was killed while he drove his Ford Lobo pick-up truck through federal highway Sayula-Ciudad Alemán in the municipality of San Juan Evangelista. Gunmen tried to force him to a stop but the police chief sped up to try to lose trace of the assassins. During the chase, he lost control of his vehicle and drove it the side of the highway. The gunmen finished him off while inside his vehicle. None of them have been arrest.

Raymundo was murdered for not supporting the CJNG’s activities in the area. It is rumored that he refused to allow the CJNG’s cattle theft operations and kidnappings in the area. His dispute with the CJNG dates back to August 2019, when police officers working under him detained 40 CJNG members who were looting ranches in the municipalities of Playa Vicente, Azueta, Isla, Rodríguez Clara (in Veracruz) and several others along the border with Oaxaca.
Raymundo is the second municipal police chief killed in San Juan Evangelista in about a year. On 6 February 2019, police chief Mariano Rodríguez Pérez (age 53) was killed in a drive-by shooting. Raymundo attended his funeral and succeeded him as the town’s police chief.  It was suspected that Rodríguez Pérez was killed for not supporting the interests of the CJNG in southern Veracruz just like Raymundo.
A few days after Rodríguez Pérez’s death, on 14 February, former San Juan Evanglista mayor Adalbero Moreno Lara (age 56) was killed by gunmen in a drive-by shooting. His assassins left a written message inside his vehicle. The ex-mayor had survived a previous attempt on his life in 2015, when gunmen tried to kidnap him. It would not have been hard to imagine that Raymundo was probably next on the CJNG’s list.


Sources: Since multiple sources were used for this report, I’ve added them as links in the body paragraphs for better readability. Most sources are from outlets in Veracruz, Mexico. 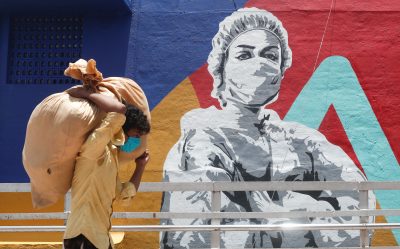 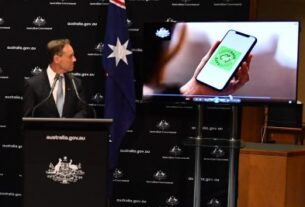 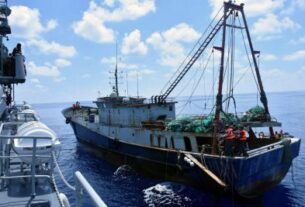 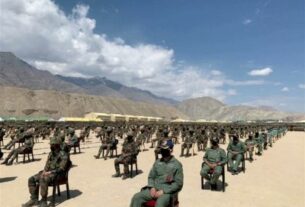 Prelude to a China–India strategic showdown?