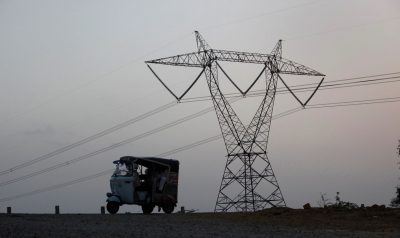 In August 2020, the Pakistan government formally approved the Alternative and Renewable Energy Policy 2019. The new policy aims to boost the share of electricity generated from renewable sources from around 5 per cent at present to 20 per cent by 2025 and 30 per cent by 2030.

To encourage the shift to renewables and empower the domestic industrial sector, the policy offers generous tax benefits to investors, encourages lower tariffs by introducing competitive bidding, and incentivises local production of renewable energy equipment such as wind turbines and solar panels.

The recent introduction of net-metering legislation for solar installations allows consumers to sell power to the grid. This is expediting the adoption of rooftop solar by homeowners and presents an opportunity to electrify remote villages and commercial enterprises that have sufficient rooftop space and available land.

Around 1000 MW of wind power has also been developed over the last few years. Wind power receives the highest level of private sector interest due to bite-size investment requirements and a relatively short gestation period. Utility-scale wind and solar plants could soon be augmented by battery storage to overcome the challenge of intermittent power supply.

Pakistan currently imports almost a third of its energy resources in the form of oil, LNG and coal. An import-driven energy policy is not sustainable for Pakistan as it contributes to long-term energy insecurity, exposing the economy to energy price shocks and the risk of inflation. Inflationary pressures reduce the competitiveness of the country’s exports, further constraining Pakistan’s capacity to pay for energy imports.

The rapid adoption and upscaling of green energy solutions in the form of distributed generation, smart metering and electric vehicles — coupled with investments in utility-scale renewable energy power plants and increased energy conservation efforts — will significantly reduce energy imports and decrease the cost of electricity. This amounts to greater self-sufficiency and energy security for Pakistan.

Thanks to infrastructure and energy projects built under the China–Pakistan Economic Corridor (CPEC), Pakistan has managed to plug the energy shortfall that has plagued the country for several years. The government has various power projects in the pipeline and forecasts surplus generation capacity in the next decade — a surplus that could benefit the growing electric vehicles sector.

Pakistan could also use this window of time to develop indigenous renewable sources of energy, ease power transmission and distribution bottlenecks, and invest in smart grids to accommodate greater quantities of renewable energy. It could also encourage demand-side improvements such as better insulation and electric vehicles.

Pakistan also has the opportunity to adopt a portfolio approach to capitalise on advantages afforded by another technology — hydropower. Building critical reservoirs and cascading run-of-the-river hydro projects — after carefully accounting for the environmental and social impacts — can improve water flow and availability around the year. By expanding Pakistan’s hydropower generation capacity, over 60 per cent of the country’s total energy requirements can be met through renewable resources.

Amid an energy crisis resulting from chronic power shortages throughout the last decade, Pakistan pushed for enhanced coal power capacity by firing up local and imported coal projects. But since 2017 the government has reconsidered this approach and disallowed any new imported coal projects. Still, a portion of the country’s overall power requirements will continue to be met through indigenous coal projects to ensure the socioeconomic uplift of the Thar region and the steady supply of low-cost baseload power to the national grid.

Reliable grids require adequate quantities of reserve power that can be dispatched on demand to properly manage short-term power grid demand changes. Due to their intermittent nature, renewables such as wind and solar power are non-dispatchable power sources and require additional reserve power to reliably maintain power grid demand–supply balances, depending on weather conditions, particularly around time of day or season. With the adoption of smart-grids, enhanced energy storage and technology improvements, it is likely that the need for baseload capacity will greatly decrease in future. In the meantime, coal-based power will continue as part of Pakistan’s baseload capacity.

Pakistan has a tremendous opportunity to cost-effectively tap its abundant solar, wind and hydropower resource potential. The shift to renewables will have multiple benefits for Pakistan, including reduced cost of electricity and improved energy access and energy independence.

It will also create opportunities to establish new industries in the renewable energy supply chain and develop human capital through job creation, with the added benefit of greater resilience against the impacts of climate change and a healthier work force through reduced pollution.

Maha Qasim is an independent consultant based in Islamabad specialising in environmental policy and climate finance.