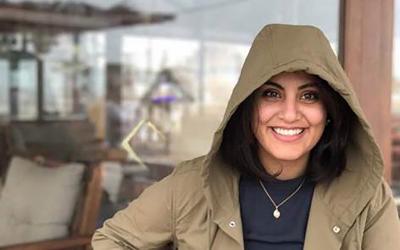 The winner of the 2020 Nobel Peace Prize will be announced on Friday in Oslo, in an unprecedented year dominated by a global pandemic.

The World Health Organisation has been widely tipped to be the favourite to win this year’s award, in recognition of its role shaping the worldwide response to tackling the Covid-19 outbreak.

In total, there were 318 nominations for the prize, of which 211 were individuals and 107 were organisations.

However, since the full list of nominees is kept secret for 50 years by the Nobel Foundation, pundits and analysts have been left to predict and speculate about the likely winner.

In the past decade, three of the annual awards have gone to figures from the Middle East. Yemeni activist Tawakkol Karman was a co-winner in 2011, becoming the first Arab woman to claim the prize.

The 2015 award went to the Tunisian National Dialogue Quartet, a group of civil society organisations involved in building democracy in the country after the overthrow of long time leader Zine El Abidine Ben Ali during the Arab Spring in 2011.

Two years ago, Iraqi Yazidi human rights activist Nadia Murad jointly won the award for her efforts to end the use of sexual violence in armed conflict.

MEE takes a look at some of the names relevant to the Middle East and North Africa tipped for this year’s award:

Jailed Saudi women’s rights activist Loujain al-Hathloul is believed to be in the running for the 2020 prize.

In a joint letter, they said the nomination was “in recognition of her great personal courage and her tremendous effects on the struggle for equal rights for women in Saudi Arabia and the region”.

Hathloul was arrested in the United Arab Emirates and deported to Saudi Arabia in May 2018, weeks before the much-publicised lifting of the kingdom’s driving ban on women – a right she had long championed.

Since being imprisoned, she has reportedly been subjected to torture.

“Hathloul has never used a pseudonym… she prefers to be visible, leading other women and young girls,” the Congress members wrote. “As a result of her rejection of anonymity, the Saudi government has repeatedly targeted Hathloul.”

Earlier this year, she won the Freedom Prize for 15-25 year olds, organised by the Normandy region in France, after 5,500 young people from 81 countries took part in voting.

Sudan’s Alaa Salah is thought to be a contender for this year’s Peace Prize.

The student and protester became an icon worldwide in April 2019 when photos of her standing on top of a car and leading revolutionary chants in Khartoum went viral.

The months-long protests led to the toppling of longtime Sudanese leader Omar al-Bashir.

“The moment I had climbed on that car, I was reciting a poem, ‘The bullet doesn’t kill. What kills is the silence of people,’” Salah told Reuters.

“Our demands and slogan were ‘Freedom, Peace, and Justice’. Our demands are related to the removal of a regime corrupt from its roots, a regime that has been pressing upon the chest of Sudan for 30 years.”

Salah was recognised by Henrik Urdal, the director of the Peace Research Institute Oslo (PRIO), who offers his own personal shortlist for the Nobel Peace Prize each year.

She was included “for her efforts to unite diverse civil society actors in a nonviolent struggle for democracy and inclusive peace talks”.

Also shortlisted by the PRIO this year is 26-year-old Libyan activist Hajer Sharief.

Sharief co-founded “Together We Build It”, a civil society network which aims to bring about a peaceful democratic transition in Libya. She was awarded the 2017 Student Peace Prize for her efforts.

Sharief has been involved in lobbying for the implementation of UN Security Council Resolution 2250, which explores how conflict impacts the lives of young people, and seeks to include youth in the peace building process.

One of the more controversial nominees for this year’s prize is US President Donald Trump.

He was nominated by right-wing Norweigan politician Christian Tybring-Gjedde for his role in brokering the normalisation of diplomatic ties between Israel and the UAE.

“For his merit, I think he has done more trying to create peace between nations than most other Peace Prize nominees,” Tybring-Gjedde told Fox News.

“As it is expected, other Middle Eastern countries will follow in the footsteps of the UAE. This agreement could be a game changer that will turn the Middle East into a region of cooperation and prosperity,” the Norweigan MP wrote in his letter to the Nobel Peace Prize Committee in September.

Since then, Bahrain has also normalised ties with Israel.

Many observers have noted that the so-called “peace deals” have been agreed between countries who have never in fact been at war.

If he were to win, Trump would become the fifth US president to be awarded the peace prize, with Barack Obama most recently winning in 2009 for his efforts in international diplomacy.

A win for the 74-year-old would likely be condemned by Palestinians, many of whom believe the recent deals brokered in Washington violate a longstanding pan-Arab position that relations with Israel would only be normalised in exchange for a Palestinian state.

New Zealand’s Jacinda Ardern’s name has been frequently mentioned as one of the favourites to win this year’s prize.

The world’s youngest-ever female prime minister, Ardern has been praised for her swift action in response to the Covid-19 pandemic, which has so far led to New Zealand maintaining one of the world’s lowest death rates.

She also won plaudits for her compassionate response to the Christchurch Mosque massacre, which resulted in the murder of 51 Muslim worshippers in March 2019.

In August, white supremacist Brenton Tarrant was sentenced to life in prison without parole for carrying out the deadly shooting.

“The trauma of March 15 is not easily healed but today I hope is the last where we have any cause to hear or utter the name of the terrorist behind it,” Ardern said in response to the verdict.

Committee to Protect Journalists and Reporters Without Borders

On several occasions, the Nobel Peace Prize has been won by organisations or umbrella groups, including the European Union, the International Campaign to Abolish Nuclear Weapons, and the Organisation for the Prohibition of Chemical Weapons.

This year, two organisations which promote press freedom, the Committee to Protect Journalists (CPJ) and Reporters Without Borders (RSF), are thought to be in the mix.

“In the absence of a very clear front-runner… I think that we could and should see a prize to either an umbrella organisation for journalists or individual journalists working in the field,” PRIO director Urdal said.

“During conflicts, it’s extremely important that journalists contribute to provide information about what’s happening, both in order to hold the conflict parties accountable for their actions as well as providing information to the outside world that allows governments an opportunity to assess the situation and possible measures.”

Accusations of cracking down on journalists and critical voices have regularly been pointed at countries in the Middle East over the past twelve months.

At the end of last year, the CPJ found that Turkey, Saudi Arabia and Egypt were among the highest jailers of journalists in the world.

Egyptian journalist and editor Lina Attalah, who was detained by authorities earlier this year, was included in TIME’s top 100 most influential people of 2020 for her editing of Mada Masr – often described as the “last bastion of free press” in Egypt.