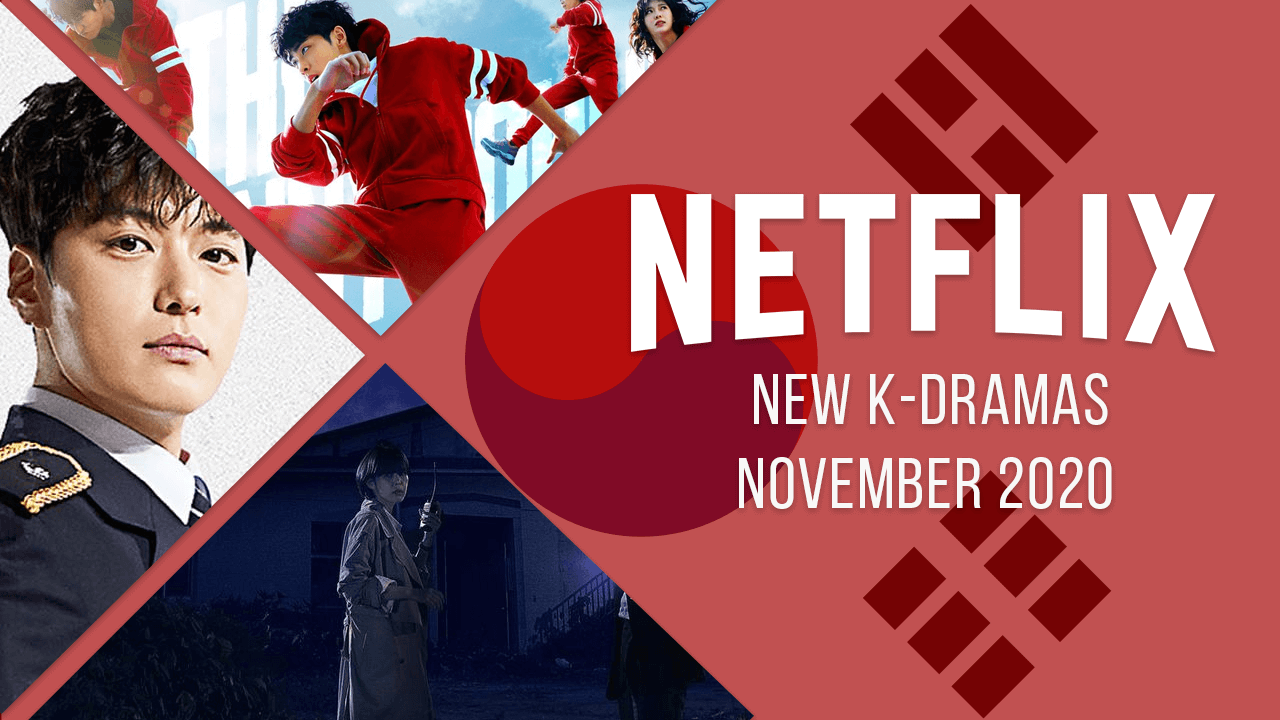 There’s more K-Dramas to look forward to on Netflix in November, with one new exciting series arriving at the end of the month, and some new arrivals you’ll be able to binge straight away. Here are the new K-Dramas coming to Netflix in November 2020.

In other big K-drama news, Kingdom is set to return but not a full third season in 2021 but a special episode instead.

If you’re looking for even K-drama goodness, make sure you didn’t miss any of the October 2020 K-drama releases.

OCN released one of the most popular Sci-Fi dramas of the year with Rugal, and we’re expecting The Uncanny Encounter to be equally popular. Fans of the K-Pop girl group Gugudan will be excited to see Kim Se Jeong on screen, again, taking part in her third main role in a drama since the start of her acting career.

A team of demon hunters called Counters disguise themselves as noodle restaurant employees, so in secret, they can hunt evil spirits that have returned to Earth in pursuit of eternal life.

New K-Dramas on Netflix in November 2020

For the first time in March this year Voice arrived on Netflix. It’s taken a further eight months, and we have another new season of Voice for K-Drama fans to binge on. With another two seasons yet to arrive, there’s still plenty to look forward to from one of South Korea’s best crime-dramas on Netflix.

Filled with guilt thanks to the death of his wife, detective Moo Jin Hyuk throws himself into solving crimes. Working alongside professional voice profiler Kanh Kwon Joo, who’s father was recently murdered, the pair work together to solve murders.

Despite being a jTBC drama, surprisingly The Good Detective wasn’t available on Netflix the same time it was broadcast in South Korea. The series impressed critics, and most impressive was the ratings doubled from the opening episode to its series finale.

It’s a race against time as two exemplary detectives, Kang Do Chang and Oh Ji Hyeok, try to uncover the truth of a dark secret that many would do anything to stay hidden. Kang Cho Dang is a veteran detective of 18 years, meanwhile, Oh Ji Hyeok is recognized as an elite detective of nine years, who uses the psyche of criminals to catch them.

Youthful romance and comedy go hand in hand together, and that’s exactly what you’re getting out of this charming KBS2 series.

Choi Kang Soo is a deliveryman, and thanks to his humble background he’s known to be fearless and gives everything his all. Crossing paths with fellow delivery driver Lee Dan Ah, their attitudes towards the job and life couldn’t be further apart. Despite her demeanor, and claiming she has no time for men, Lee Dan Ah’s attention is grabbed by Choi Kang Soo, and a budding romance begins.

Despite its relatively low audience in South Korea, Do Do Sol Sol La La Sol has been a hit with K-Drama fans on Netflix.

Goo Ra Ra, a beautiful but an immature and mischievous pianist, hits rock bottom when her family loses all of its money. Making her way into the countryside, Goo Ra Ra stumbles across La La Land, a piano academy in a small village. Fate has her cross paths with the Sun-Woo Joon, a care-free but warm-hearted individual, who has been happy to make ends meet through his part-time jobs.

Private Lives arrived on Netflix out of nowhere but has struggled to generate a buzz online.

A group of swindlers from all different backgrounds stumbles across some secret information that threatens the security of the country. Utilizing their different skills, pushing themselves to the limit, the swindlers go up against a major conglomerate to reveal “private life.”

Start-Up is off to a fantastic start on Netflix, and so far, has impressed plenty of K-Drama fans worldwide.

In the Korean silicon valley, known as Sandbox, many hopeful businessmen and women are in the world of start-up companies. Seo Dal Mi has dreams of becoming Korea’s own Steve Jobs, and with her genius first love, an investor, and a business insider by her side, her dream may be closer than she thinks.

Which new K-Drama series are you looking forward to watching on Netflix in November? Let us know in the comments below!