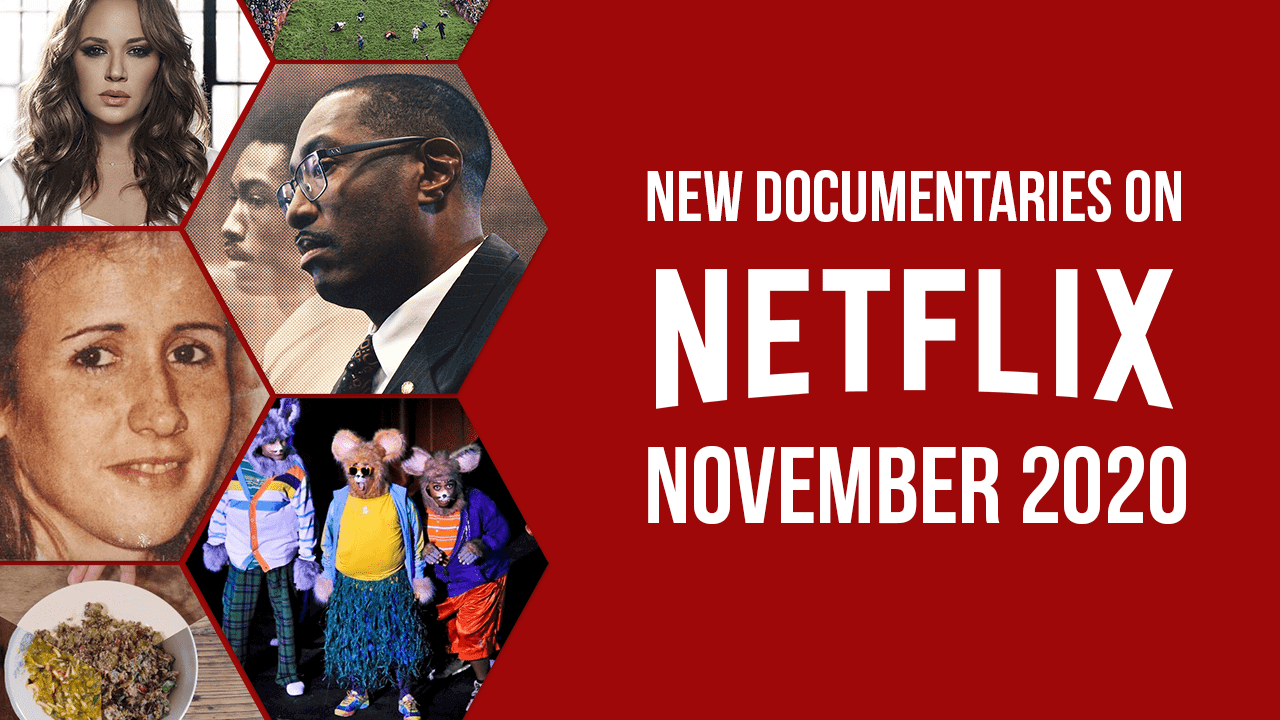 We do hate to be the bearer of bad news, but November looks a pretty scant month for documentaries on Netflix. There are just nine new factual-based titles for you to get stuck into over the next 32 days.

That said, there are still some cracking titles here to enjoy. Whether you like true-crime, music docs, or food series, there’s still sure to be something for everyone in November’s monthly drop.

Convicted at age 19, Sean K. Ellis spent 22 years imprisoned for the murder of Boston police officer, John Mulligan. However, Ellis has always insisted on his innocence. His conviction was overturned in 2015 and the charges dropped, but Sean K. Ellis is now facing his fourth trial and the possibility of life imprisonment.

This docuseries takes a deep look at the US legal system, allowing Sean K. Ellis to tell his story in his own words.

Ex-Scientology follower, actress Leah Remini, exposes some of the dark secrets of the infamous religious organisation.

Over 35+ episodes, Leah Remini shares her experiences with the Church of Scientology, as well as speaking to other former members who managed to break free. However, as this Emmy Award-winning documentary shows, the trauma doesn’t necessarily stop after leaving Scientology.

This Spanish language true-crime series explores one of Argentina’s most shocking crimes.

Maria Marta Garcia Belsunce was found dead in the bath at her home. Her husband posited that she drowned. However, the autopsy, and the nearby puddle of blood, portrayed a different story. She had been shot in the head five times: but who by?

This emotional docuseries follows five young people (and their families) as they deal with childhood cancer. Aged between 6-19, these kid display amazing resilience, and unique coping mechanisms to overcome a very troubling situation. We could all learn something from A Lion In the House.

On August 9 2014, Michael Brown, an 18-year-old Black man was shot by a white police officer. The days that followed saw a great uprising in Michael’s hometown of Ferguson, Missouri. Whose Streets? tells the story of Michael, Ferguson, and police brutality in America.

We Are The Champions (Season 1) N

Got a weird competitive streak? The one’s for you.

This new reality documentary series looking into some of the world’s oddest competitions, including cheese-rolling, dog-dancing, frog-jumping, and fantasy hairstyling.

This travel docuseries take a detailed look at the rich and varied national cuisine of China. Season three explores the cuisine of Gansu: a landlocked province in North-central China.

This up-close-and-personal documentary allows fans to get to know the 22-year-old singer-songwriter a little better. Just in time for his Christmas album drop…

One of several titles to emerge as part of Shonda Rimes’s (AKA Shondaland) production deal with Netflix.

Which documentaries will you be watching on Netflix this November? Let us know in the comments below!