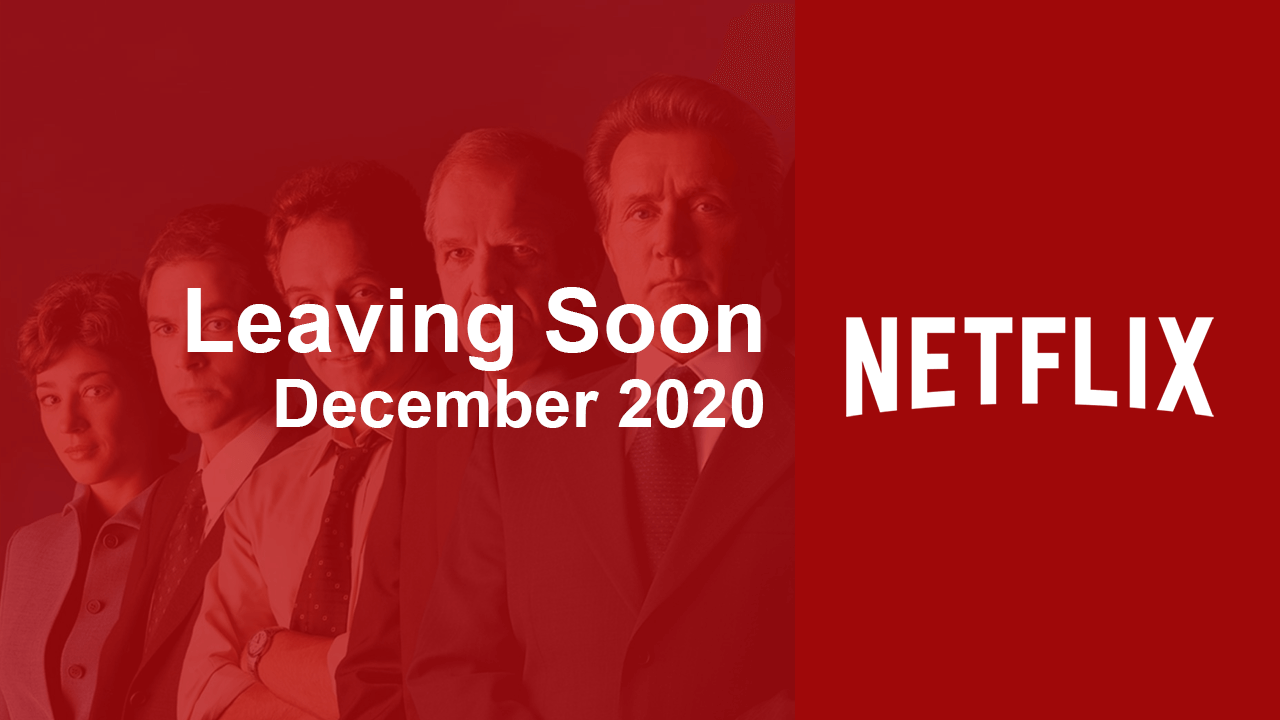 It’s time to look ahead at what’s set to leave Netflix for the final month of the year. Below, we’ll be looking at all the TV series and movies set to depart from Netflix in December 2020.

Don’t forget to check out everything that departed Netflix in November 2020 while you may still have time. We’ve also got better news in the form of new Netflix Originals coming in December 2020.

We’re expecting (not officially confirmed) The West Wing to depart Netflix by the end of December 2020 which was announced via the HBO Max launch. We’re also seeing the penultimate Disney movie to come to Netflix as part of the big Disney deal depart too.

A quick reminder as to how removals work on Netflix.

For a large portion of Netflix’s library, it licenses the content (rents essentially) from other providers usually for a fixed period of time. This list is of the TV series and movies those licenses come to an end. Sometimes, Netflix renews the license but for the most part, these dates are set in stone. For movies, they’re typically licensed out in 3-month stints.

We learn of removals typically 30 days before they’re due to depart with an expanded list provided by Netflix. This post will be updated over time.

As we stated above, keep this page bookmarked as and when we learn of more removals from Netflix.

Looking further ahead, we’ll see The Office leave Netflix US on January 1st, 2021 and we’ll also see the final Disney movie depart Netflix too in the form of Mary Poppins Returns.

How artists in coronavirus-hit Middle East found strength in solidarity

How artists in coronavirus-hit Middle East found strength in solidarity