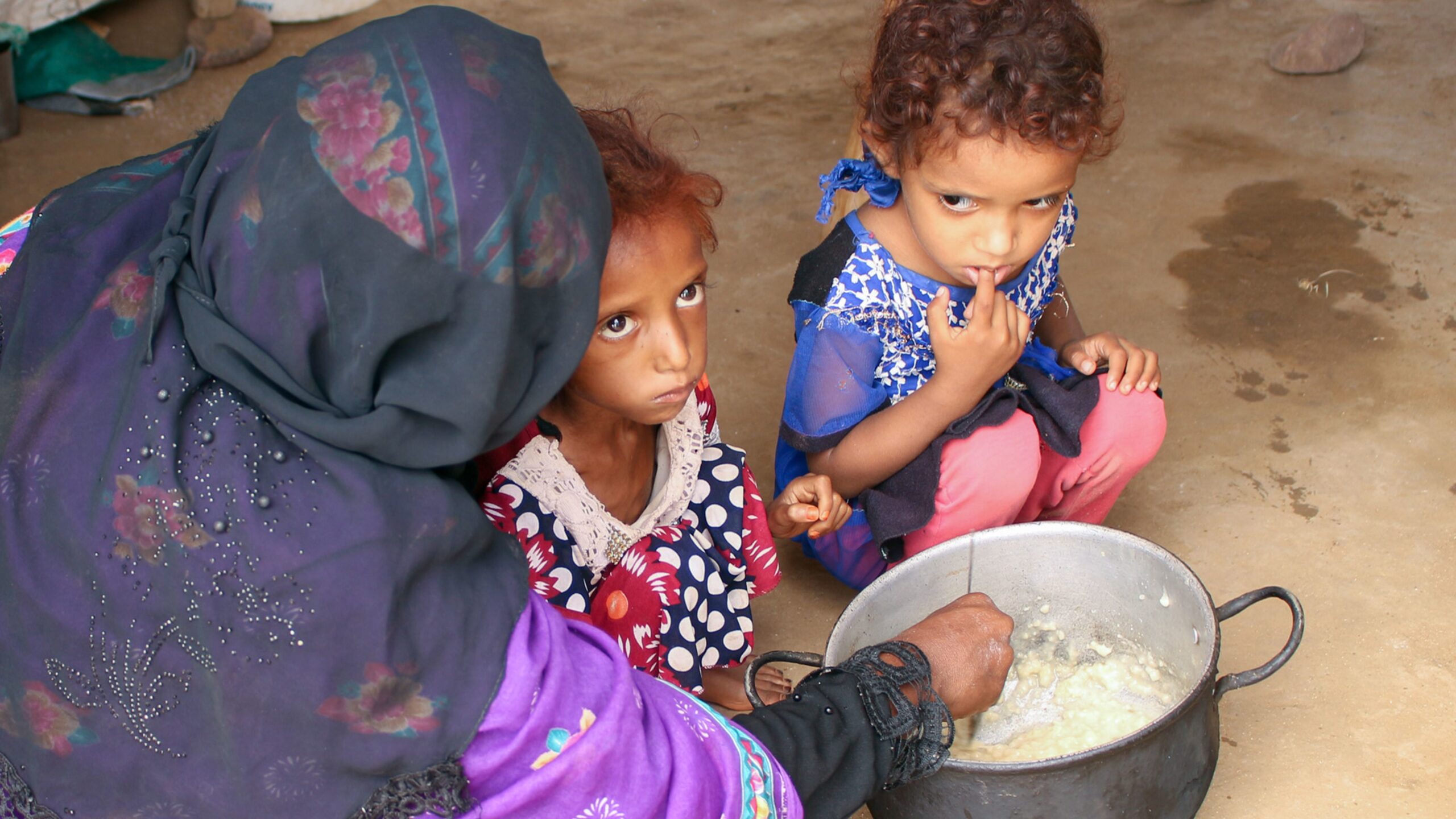 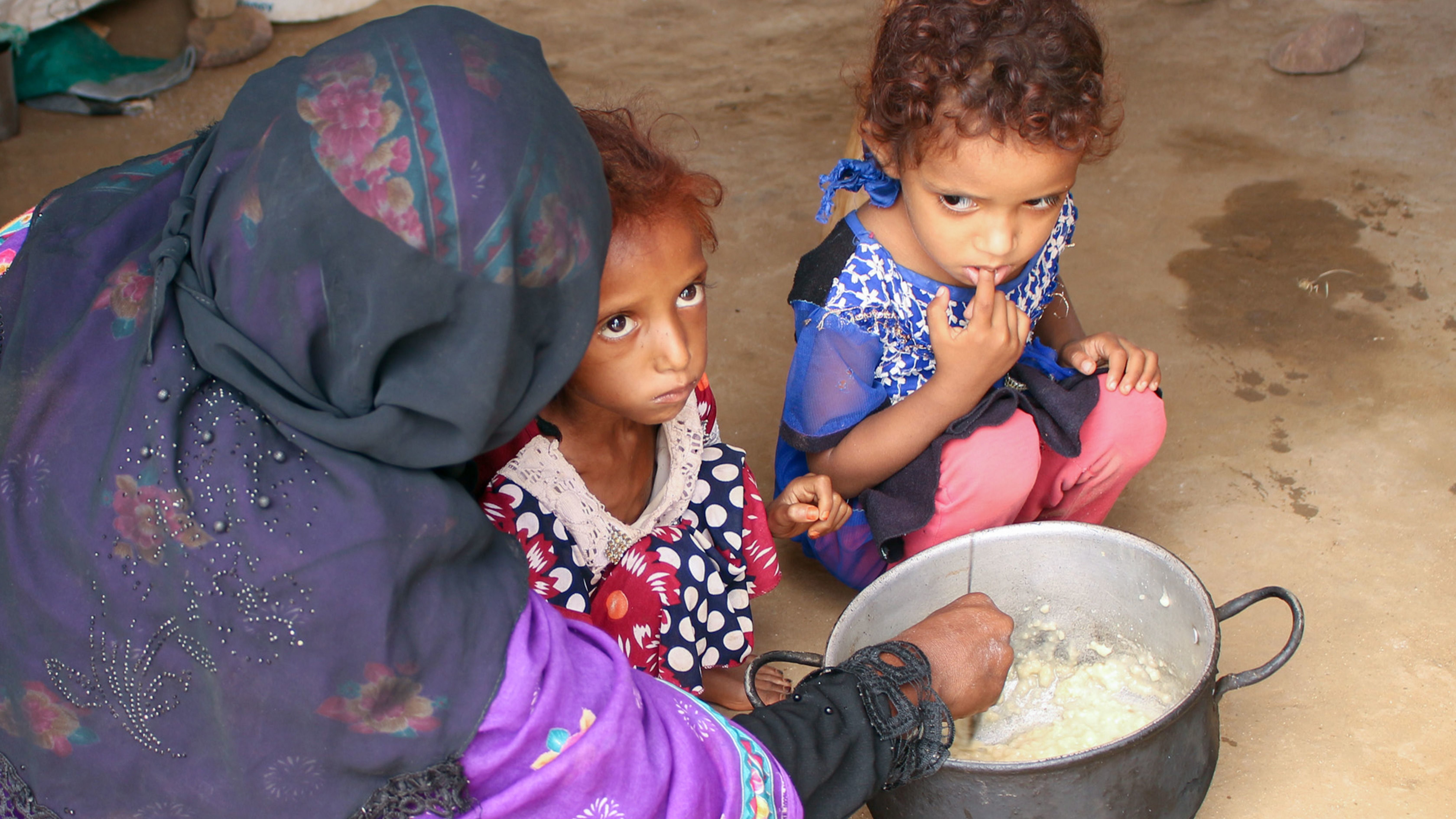 A heroine who helped the poor get healthy food amid the coronavirus pandemic will be honored by Egypt’s Agriculture Ministry on Friday, World Food Day, as COVID-19 and humanitarian crises across the region bring the issue of food security into stark focus.

Other events to mark the day in the Middle East include an announcement by Gaza City’s Al-Azhar University of a food-photography contest for its students, and a Best Food Festival for nutrition-science students at the Varastegan Institute of Medical Sciences in Mashhad, Iran.

The 2020 Nobel Peace Prize awarded to the World Food Programme (WFP), together with global observance of World Food Day, adds wattage to the spotlight shone on food shortages and disrupted distribution networks in conflict zones like Yemen and Syria. It also highlights the tenuous financial position that a large percentage of the populace finds itself in during coronavirus-related lockdowns around the region, while businesses deal with border closures and trade restrictions.

“Of all the regions in the world, the Middle East and North Africa have some of the most complex emergencies for the World Food Programme,” Abeer Etefa, the UN body’s senior regional communications officer for the Middle East, told The Media Line from Cairo.

“In this region alone, 50-53 million people are suffering from food insecurity, and that has been exacerbated recently by COVID-19. It’s an incredibly challenging time,” Etefa said.

In this region alone, 50-53 million people are suffering from food insecurity, and that has been exacerbated recently by COVID-19. It’s an incredibly challenging time

Even in relatively good times, the Middle East is particularly vulnerable to food insecurity. With its hot, dry climate and resulting water stress, Middle Eastern states are among the world’s largest food importers, with most relying on foreign goods for about half of their food needs.

Kuwait, whose supply network proposal was adopted by the GCC, struck a deal with Egypt to streamline imports, which were previously subject to extensive testing.

According to the WFP, though, regional cooperation on the issue, especially outside the GCC, is sparse.

There have been a lot of food security and distribution initiatives presented lately to us, and almost all of them have been through individuals, foundations and research entities. There is little being done cooperatively at the governmental levels

Private businesses apparently intend to play a role in the matter, as agri-tech investment in the region soars.

Yet large Gulf-state investments in African farming projects during the 2008 food crisis bore little fruit, and donor nations are now more cautious about investments in food-insecure countries. Saudi Arabia, for instance, has invested heavily through its state-owned food and livestock company Salic in a British agri-tech firm that specializes in mapping through drones and artificial intelligence.

Kuwait’s Wafra International Investment Company announced this year that it would invest $100 million in the United Arab Emirates-based startup Pure Harvest. The sum represents the largest-ever commitment to an agri-tech firm in the Middle East.

“The global need for innovation in agriculture has never been greater,” Pure Harvest CEO Sky Kurtz told The Media Line.

“The recent COVID-19 crisis and resulting supply-chain disruptions further highlight the need for sustainable local-for-local food-production capacity, especially for fresh, nutrient-rich foods,” Kurtz said. “This visionary, multi-phase investment commitment from Wafra has given us the resources needed to secure our foothold as a pioneer in controlled-environment agriculture in the Middle East.”

The development of agri-tech and domestic agricultural production has been key for Kuwait and other Gulf countries in recent years, with Kuwait having been in the lead even before COVID-19 struck. Last year, it was labeled the world’s most-improved country in the Global Food Security Index (GFSI) relative to its 2018 position, having taken steps to upgrade its agricultural infrastructure, including new grain silos and expanded crop-storage capacity at ports.

The UAE also climbed the GFSI rankings, from 31 in 2018 to 21 in 2019. The rise is a result of government efforts and funding to ensure that the country continues to drive technology and innovation.

Abu Dhabi has also announced a goal of reaching the top spot in the GFSI by 2051 and to this end created a ministerial-level food-security council. The timing was fortuitous.

With 90% of the UAE’s food imported and its airports shut in March because of the pandemic, the council sprang into action. It kept tabs on critical food items around the country, asked its diplomats to keep an eye out for newly announced export restrictions, worked with traders to identify alternative import markets and loaded food onto planes that had repatriated Asian laborers from the UAE.

Dubai hosted a regional virtual conference addressing the challenge of food security in the Middle East in late June. The speakers examined the most effective technologies in traditional, modern, organic and smart farming, along with sustainability, water-management, yield-optimization and supply-chain and logistics issues.

Weeks ago, the UAE company Smart Acres launched a series of hi-tech indoor vertical farms that use the internet of things to monitor humidity, temperature and nutrients. The produce requires an average of 90% less water than that grown with traditional farming techniques, and the farms are expected to produce nearly nine tons of lettuce per cycle.

Still, these positive steps seem to be doing little, if anything, to alleviate the suffering in poorer, war-torn countries such as Yemen and Syria.

“For this to be the case, the lack of peace in the region would have to be a result of food insecurity,” Dr. Agnes Kalibata, UN special envoy for the 2021 Food Systems Summit, told The Media Line.

For this to be the case, the lack of peace in the region would have to be a result of food insecurity

“This was the case in the past in many areas, and countries found agricultural solutions that addressed the problems of food – usually around water for irrigation – and technologies like improved seeds that enhanced labor productivity,” she said.

“The best example is Morocco, where significant investments in agriculture did not only reduce century-old conflicts, but put the country on a trajectory to prosperity. But the underlying causes of the conflicts in the Middle East aren’t… food shortages,” she emphasized.

Instead, food is being used as a weapon through sieges and blockades.

As more countries in the Gulf see food security on a par with F-35s in terms of national security, other governments are using malnutrition to the same effect as guns and bombs – and that is a problem for which agri-tech has yet to find a solution.