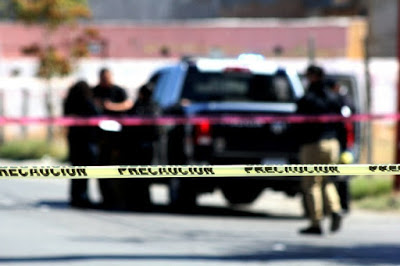 On Thursday night, former mayor and autodefensa leader Misael González Hernández came under attack by armed subjects in southern Coalcomán. The assault took place shortly after 23:00 hrs in calle Almendra (Nogales neighborhood) of Coalcomán de Vázquez Pallares. While Misael González Hernández survived the assassination attempt apparently unharmed, a bodyguard of him was killed in the assault. Reportedly, the attack occurred in close proximity to his home to which he was on his way traveling in a car. The attackers were reportedly riding in one or two cars and opened fire with high-powered weapons. They fled the scene and are yet to be identified.
Background / Oaxaqueño Analysis:
Misael González Hernández was mayor of the Coalcomán municipality between 2008 and 2011 and then again from 2015 until 2018. Furthermore, he was one of the founders and subsequent leaders of the local autodefensa group back in 2013. The latest attack marks the third failed armed attempt on his life.
In October 2017, he was ambushed on his way between Coalcomán and Tepalcatepec but survived despite being reportedly shot several times. About half a year ago, in December 2019, an armed group riding in six trucks allegedly bearing the CJNG insignia shot at his home. However, he was not in the building at the time of the attack. After having also shot at the home of another local autodefensa leader, the armed presumed CJNG sicarios set a bus on fire between Coalcomán and Aquila and retreated.
Against this background, it can be assumed that CJNG is also responsible for the latest assault. In the recent past, CJNG has repeatedly attempted to gain ground in the region, including besides Coalcomán also Chinicuila, Aquila, and Tepalcatepec. This incursion has led to various clashes between CJNG and their adversaries, which include the local autodefensas, Los Viagras, as well as security forces.
Talking about CJNG’s above-mentioned foes in the region, a clear distinction between them is often quite hard since particularly the relationship between the autodefensas and Los Viagras have always been blurred. One could even argue that at least in this particular municipality/region, there is not really a distinction anymore (or there has never been) between the autodefensas and Los Viagras. Already back in 2009, Misael González Hernández was temporarily arrested but later acquitted due to alleged links with organized crime, namely La Familia Michoacana (LFM). Furthermore, reports indicate that he also maintained ties with LFM’s successor the Knights Templars before taking up arms against them by forming the local autodefensas. Considering the rampant corruption in the Tierra Caliente region of Michoacán and the subsequent inextricably links between authorities (including security forces) and organized crime, these accusations against Misael González Hernández does not come as a huge surprise.
Having said that, it also needs to be pointed out that the autodefensas are far from being a homogenous group. This is also demonstrated by Hipólito Mora Chávez, the founder of the self-defense movement in La Ruana, who has repeatedly denounced the autodefensas around this region, accusing them of ties to organized crime and being protected by the authorities.
Speaking about autodefensas in the region, according to a CJNG propaganda video from June 2020, Misael González Hernández is said to have close ties to Juan José Farías Álvarez, aka “El Abuelo”.
El Abuelo’s base of operation is in the neighboring Tepalcatepec where he is in charge of the local autodefensas as well as the criminal activities (which highlights my above point when it comes to blurred lines between organized crime and autodefensas). It was in Tepalcatepec where El Abuelo successfully fought off a CJNG incursion back in August 2019. The failed incursion resulted in several killed CJNG sicarios and a quite notorious drone video showing the aftermath of the clash.
In response to CJNG’s continuous push for the region, in May this year El Abuelo asked all the autodefensas from Tepalcatepec, Coalcomán, Aguililla, and Chinicuila, to unite and take up arms against CJNG. The autodefensas from Coalcomán were the first to fall in line, underscoring the presumed and plausible links between Misael González Hernández and El Abuelo.
In conclusion, it can be assumed that CJNG will continue (and maybe even further intensify) its guerilla-style warfare in the region, ranging from massive incursions and hours-long gun battles to ambushes and hit-and-run style attacks such as in this incident. It remains to be seen whether they will be able to loosen the current relatively tight grip of power of figures like Misael González Hernández and El Abuelo. For certain is, however, that there will be further similar assassination attempts in the region at the hands of CJNG.