How the End Sars protests have changed Nigeria forever 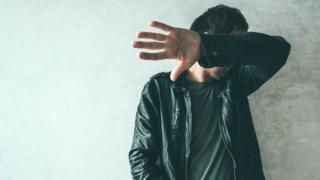 Charities dealing with men who suffer domestic abuse have seen pleas for help jump by up to 60% during the lockdown.

The Respect Men’s Advice Line said some victims had told them they had sought refuge by sleeping in cars or in tents in the gardens of friends or relatives.

The charity said it had received 13,812 calls and emails between April and July in lockdown compared to 8,648 in the same period in 2019.

Respect’s Ippo Panteloudakis said the pandemic had made the problem worse.

“They were talking about increases in violence, increases in psychological abuse and becoming homeless as a result of the domestic abuse and not having anywhere to go.

The advice line said the biggest increase in contact with abuse victims came through emails and the service saw the volume increase by 96% from 372 emails in June 2019 to 728 in June 2020.

On average it received 22 emails a day and 92 phone calls as the lockdown took hold from April to June.

It started up six years ago and has dealt with more than 4,000 cases.

Men Standing Up has so-called crash pads and emergency accommodation for men for up to 14 days.

Before the coronavirus lockdown it ran a support group and helped victims attend court for hearings over restraining orders or to go to GP appointments.

Service manager Nikasha Khan said: “It’s gone from them being able to pick up the phone and say ‘I’m feeling really down, could we go out for a coffee?’.

“That’s had to stop unfortunately because of the restrictions so we’ve been trying to provide as much telephone support as possible and give them that emotional support that they need but they have been struggling with that.”

One man in West Yorkshire who was directed to Men Standing Up by the advice line said he asked for help as he had wanted to kill himself after suffering years of psychological abuse including gaslighting, controlling behaviour and financial abuse.

The man, who did not want to reveal his identity, said: “I needed help, I needed to get out of this place because I was watched everywhere I was going – every single step.

“It was killing me from inside and I needed to get out to see the world.

“I used to cry all the time, I just used to isolate myself in my room and I used to be there for days.

“If it wasn’t for Men Standing Up I wouldn’t have known what to do – I could’ve been dead.

“With men they just keep it inside them, just keep quiet and pass the time and just for the sake of the kids they do it, but it doesn’t get any easier, it just gets worse.”

Ean Monk from the charity said: “The service was set up as a response to the growing number of men who were accessing our homelessness services who were saying the primary reason for homelessness was domestic abuse.”

More than 40,000 calls and contacts were made to the National Domestic Abuse Helpline during the first three months of lockdown, most by women seeking help, figures showed.

In June, calls and contacts were nearly 80% higher than usual, said the charity Refuge, which runs the helpline.

And as restrictions initially eased, there was a surge in women seeking refuge places to escape their abusers, the charity said.

If you’ve been affected by any issues in this story you can find support via the BBC Action Line here.