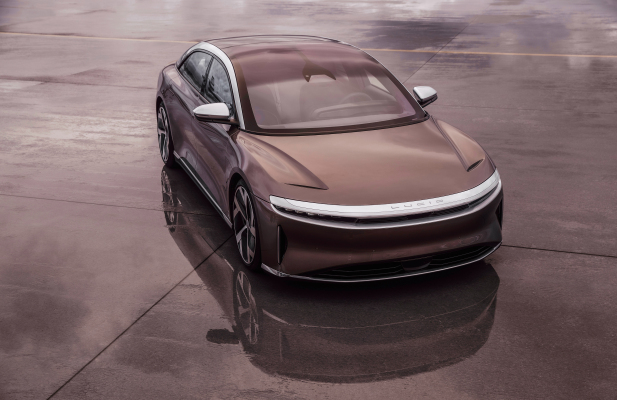 Electric car company Lucid finally revealed the price of its least expensive vehicle and it will start at $77,400. US buyers also qualify for a $7,500 tax credit making the vehicle eventually cost $69,900.

This version of the Lucid Air comes rightfully less equipped than its more expensive counterparts. For $77,400 buyers get a 480 HP powertrain that Lucid says is good for 408 miles — though the EPA has yet to test it. A dual-motor, all-wheel drive version is also available.

This model is critical to Lucid’s success. The company previously unveiled the specs and prices of the higher priced Air sedans. This model is significantly less expensive than the others, allowing Lucid to reach more buyers while still offering competitive features.

Before today, the company would only commit to saying it would be under $80,000.

During a recent interview with TechCrunch, Lucid CEO Peter Rawlinson told TechCrunch editor Darrell Etherington that the Air would be available at a price “surprisingly lower than $80,000.”

The Lucid Air is launching into a market dominated by Tesla. And at this price, the Lucid Air is still outclassed by the Tesla Model S, which for a similar price, offers the same range from a dual-motor, all-wheel drive affair.