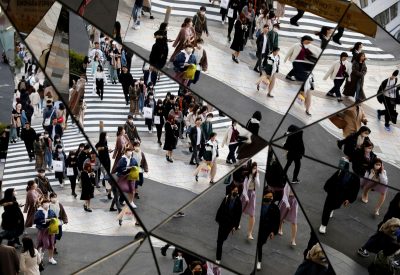 The world is moving rapidly through an inflection point in history with the coronavirus pandemic and an accelerated transition of global power. The United States and China are locking into strategic rivalry, with both countries dealing poorly with transition to a more multipolar order.

How the rest of the world responds will determine global security, prosperity and stability for decades to come. Japan’s choices will be consequential and potentially pivotal. Japan’s economy is the world’s third largest and its fortunes are closely linked to the American, Chinese and global economies. It’s a close ally of the United States and is proximate to China.

Navigating US–China rivalry will not be enough. Japan’s prosperity will also depend on working with others to protect an open, multilateral and rules-based economic order.

That has just become that much harder with the sudden resignation of Japan’s longest-serving prime minister, Shinzo Abe.

Whoever takes over from Abe will have to make some tough choices at home and on the international stage. There will be an opportunity to reset and repair the relationship with South Korea. Japan will need to position itself for the outcome of the US election. And the postponed state visit of Chinese president Xi Jinping will be an opportunity to further cooperation with an increasingly isolated China.

This week we launch the latest issue of the East Asia Forum Quarterly that examines Japan’s choices.

‘Expectations for Japanese global leadership have never been higher’, says Kayo Takuma, in the context of global health governance. That sentiment is echoed by other authors in this issue. Yoshihide Soeya advocates for Japanese leadership in middle power diplomacy with Australia, India and South Korea, working with ASEAN to preserve and create strategic space and avoid getting squeezed by the two great powers on either side of the Pacific.

Adam Posen argues Japan is better placed than many realise to lead a bottom-up effort to rebuild an open global economic system in the absence of US and Chinese leadership. Hitoshi Tanaka sees a similar role for Japan in preserving security and stability.

Middle power leadership will require countries like Japan to play a delicate balancing act between the United States and China. It has done so for decades. But there’s no easy consensus in these unchartered waters of heightened Sino-American strategic rivalry.

In the past, Tokyo ‘often stood alone in expressing concerns about China’s actions’, explains Toshihiro Nakayama in our feature essay this week. ‘Since the late 1990s, Japan has urged the United States to be tougher on China’, while many Japanese officials thought President Barack Obama was too soft on China.

Be careful what you wish for.

The United States under President Trump has gone ‘far beyond what Japan expected of the United States in … confronting China’, says Nakayama. Secretary of State Pompeo’s ‘needlessly antagonistic message was that of an ideological crusade against the Chinese Communist Party’.

Even as Japan has become more reliant on the US security and nuclear umbrella, Japan relates to China on its own terms, conscious of its own rise and the experience of pushback from the United States and the West. Japan also deals with neighbouring partners of all political systems.

Abe helped to repair Japan’s relationship with China while managing an erratic Trump administration as well as any foreign leader. It’s meant that Japan is helping shape China’s Belt and Road Initiative (BRI) with cooperation through joint infrastructure projects, without a mention of BRI. More generally Japan has shown how to improve the relationship with China without compromising on values or interests. All while it has been at the forefront of advocating the US Free and Open Indo-Pacific idea.

Abe’s state visit to Beijing in October 2018 was due to be reciprocated by Xi in April this year but the COVID pandemic postponed that. Japan’s new prime minister will have a chance to build on Abe’s progress with Xi. Success will mean there’s a constructive path forward for China, the United States and Japan, with space for others in the region. Failure would further isolate China and make the choices for Japan and the rest of the world much harder.

First thing’s first: leadership requires getting things right at home in Japan, and leading by example internationally. Immediately, that will require containing the second wave of COVID-19. Japan’s new prime minister will not be effective internationally if hampered by continued crises at home.

Join us this week as ANU hosts the annual Japan Update conference online.