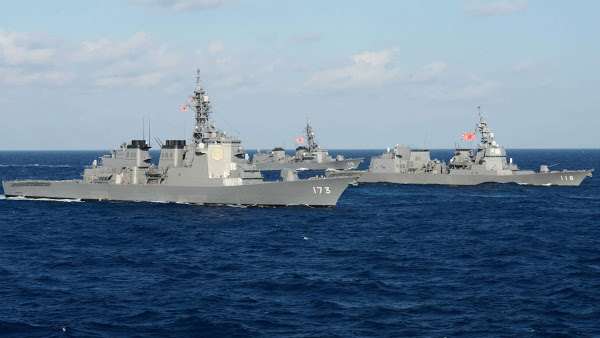 The two new warships are planned to combine a development of the Maya class hull with the AN/SPY-7 Long Range Discrimination Radar.
Reports from the Japanese media say that the government is looking into the feasibility of procuring two new “super-destroyers” as an alternative to the pair of land-based Aegis Ashore systems, work on which was suspended earlier this year amid technical issues, rising costs, and domestic criticism.
The new warships would also be focused on missile defense, primarily to defend against North Korean ballistic missiles, and equipped with a version of the Aegis combat system utilizing the Lockheed Martin AN/SPY-7 Long Range Discrimination Radar originally intended for the Aegis Ashore sites.
Plans reportedly call for the Japanese Ministry of Defense to receive an interim report on the proposed destroyers in mid-November, before the government decides whether or not to proceed before the end of the year. One report from Nikkei Asia suggests that the plan is likely to be given the go-ahead.
WNU Editor: The Japanese have been accelerating the build-up of their military in recent years. Having Aegis systems that can intercept enemy missiles is one of their priorities, and having these ships that everyone is confident can perform these duties is why they will be procured.