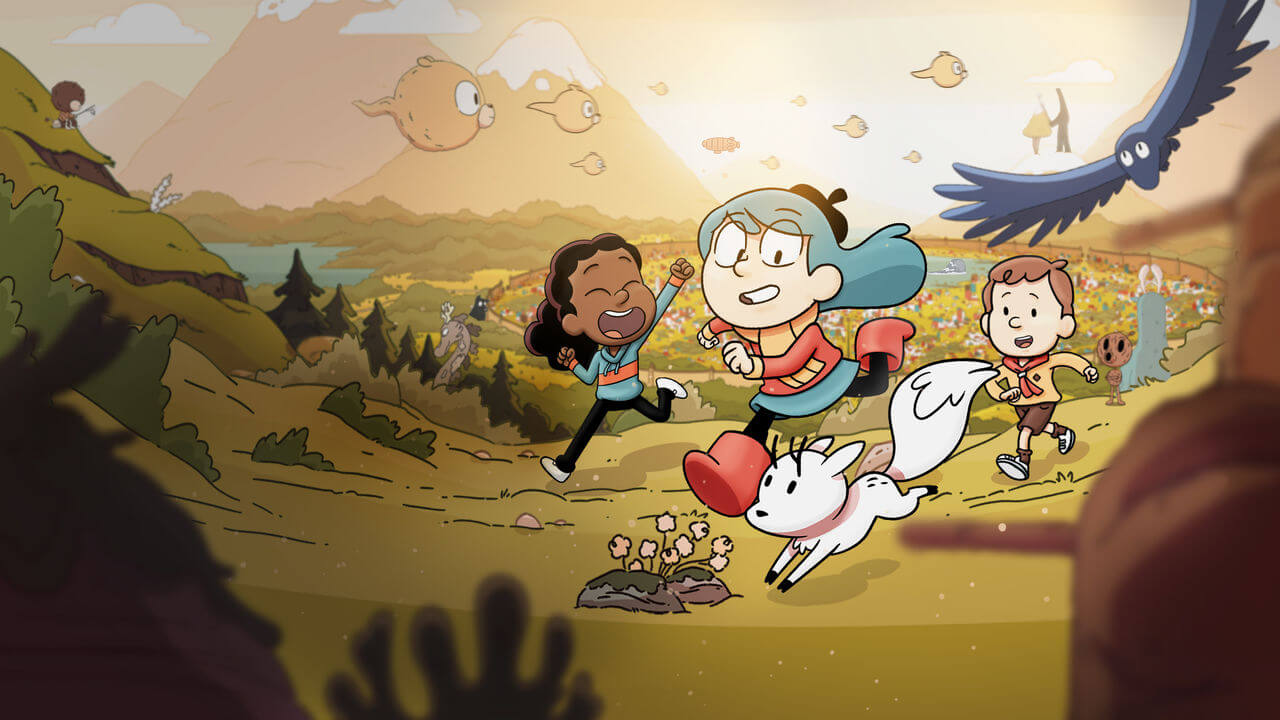 Hilda, the incredible animated series based on the comics and novels of the same name will be returning for its long-awaited second season later in 2020. Here’s a roundup of everything we know so far about season two and the movie on the horizon.

The series aimed at kids, for those not aware, is one of the best Netflix has commissioned thus far. The series is adapted from the graphic novel series by Luke Pearson.

Season one was added to Netflix in September 2018 and was renewed a month later.

The first season covered a lot of the original source material including:

This means we’re naturally going to be covering the latest books including Hilda and the Stone Forest and Hilda and the Mountain King plus potentially delving into unreleased material.

Thanks to several confirmations, we know that season two of Hilda will finally be releasing on Netflix globally in fall 2020. This was later clarified at NYCC to be at some point in December 2020.

Every Thursday, the Twitter account for the series has been revealing new character designs for season two. As of July 29th, 2020 two new characters have been revealed so far.

Wood Man and Swamp Man have been revealed thus far. Swamp Man’s real name is Sigurd and is described as an excellent warrior with the caption “if you ever fall in battle, you’ll want to have him around”.

Make sure you’re following Hilda The Series on Twitter for new character designs every Thursday.

Tune into our page every Thursday for an exclusive first look at Hilda Season 2 character designs! Who’s ready for season 2? pic.twitter.com/EvVQe0LC2u

We got our first look at the new series via the NYCC season 2 panel where the creators and cast of the show got together to discuss the new season.

The footage from season 2 stars around the 27:25 mark.

When asked to describe the second season, Bella Ramsey described it as “adventurous”, Luke Pearson said “just great”, director Andy Coyle said it’s exciting “and hopefully very satisfying” whereas the head writer describes it as “traumatic but such is the life as an adventurer”.

So far, we’ve gotten three-episode names courtesy of the fact they’ve already been shown off behind closed doors.

Will Netflix also get the upcoming movie?

In case you haven’t heard yet, a movie is also being produced for Hilda. Details have been very sparse thus far with only a confirmation through a press statement so far.

We are expecting the movie to come to Netflix assuming it doesn’t get a theatrical release but for the moment, that’s all we know so far about any movie which will come long after season two hits Netflix.

If you need even more Hilda goodness, check out this excellent interview with the creator Luke Pearson via Pictoplasma. We learned Hilda isn’t modeled on any particular person but we also learned about the apprehension Luke had when the series was being adapted saying:

“On the one hand it was very exciting, but I was also prepared that it might go in a direction that wasn’t what I wanted. Happily, it turned out pretty much exactly as I would have wished. Naturally, it’s a collaborative process and lots of other people are involved in making decisions. I’ve accepted that it’s a group project now. My books are my books and the series is the series.”

Are you looking forward to Hilda season 2 on Netflix? Let us know in the comments.