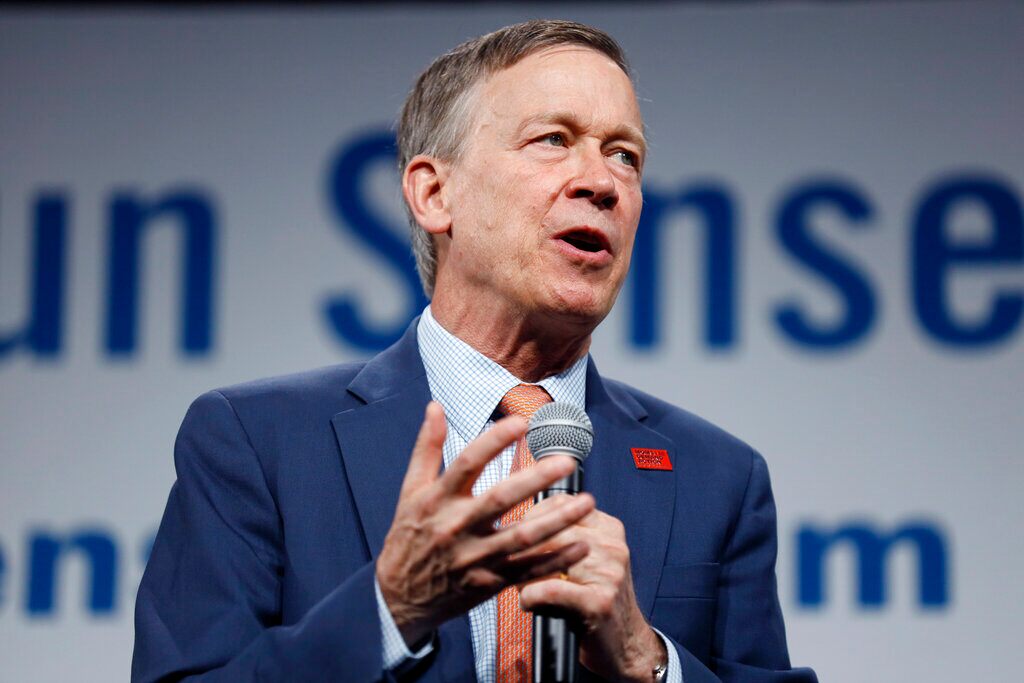 Colorado Democratic senate challenger John Hickenlooper has followed in the footsteps of presidential nominee Joe Biden in refusing to take a position on packing the Supreme Court in the lead up to the Nov. 3 election.

Sen. Cory Gardner, R-Co., has repeatedly used Hickenlooper’s mum stance as a sticking point in the contentious senate race, which Hickenlooper leads by eight percentage points according to FiveThirtyEight polling.

“It is time for John [Hickenlooper] to tell Colorado once and for all – will you pack the court?” Gardner tweeted late Monday in response to Hickenlooper’s social media posts condemning the confirmation of Amy Coney Barrett to the Supreme Court.

As Democrats reel from Barrett’s confirmation Monday, they are using Trump’s appointment of a third justice to the high court as a rallying cry to encourage voters to head to the polls – and Gardner’s seat remains one of the ones they hope to flip.

The Cook Political Report, an election handicapper, shifted Gardner’s chances of winning re-election from a “toss up” to “leans left” after he announced last month that he would support Barrett’s confirmation in the Senate  – despite his own reservations about President Obama’s nomination of Judge Merrick Garland in 2016.

“[T]he next president of the United States should have the opportunity to fill the vacancy on the Supreme Court,” Gardner wrote in a press release in March of 2016. “Our next election is too soon and the stakes are too high; the American people deserve a role in this process.”

“I haven’t been able to get Cory Gardner’s “aye” vote for Amy Coney Barrett out of my head,” Hickenlooper wrote Tuesday. “Time and again, Cory has chosen Trump and McConnell’s extreme agenda over Coloradans.”

“I’m frustrated. But I know we can beat him,” he added.

Hickenlooper has chosen to walk the same line as Biden in refusing to give a direct answer on whether or not he would support packing the court if elected to the Senate.

“Let’s put it this way: I don’t like the idea of court packing. We’re seeing it right now. We’re seeing court packing in full fury and it doesn’t make any sense to me,” Hickenlooper said in Colorado’s final Senate race, referring to the over 200 judges granted lifetime appointments to federal courts under Trump.

Biden has announced that if elected he would put together a bipartisan commission to review the Supreme Court which he believes has gotten “out of whack.”

“If elected, what I will do is I’ll put together a national commission, a bipartisan commission of scholars, constitutional scholars, Democrats, Republicans, liberals, conservatives,” Biden said. “I will ask them to, over 180 days, come back to me with recommendations as to how to reform the court system because it’s getting out of whack.”

Biden’s suggestion is the first by a Democratic official that does not flatly call for “packing the court,” as several congressional Democrats suggested in response to the fast-tracked appointment of Barrett in the five weeks following the death of former Justice Ruth Bader Ginsburg, and just one week before the general election.

Hickenlooper could not be reached for comment on Biden’s latest proposal to address the rightward shift of the high court.