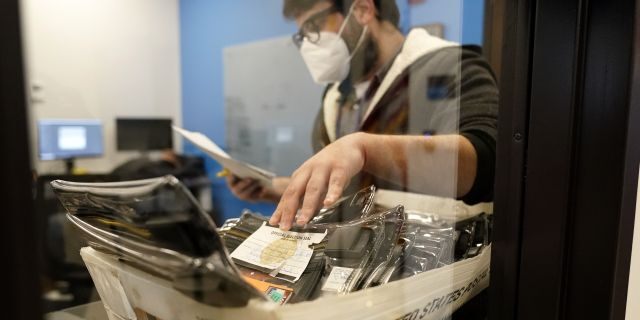 Georgia’s quirky election rules do not apply to the 2020 presidential contest.

According to the Peach State’s election laws, if no congressional candidate receives a more than 50%+1 vote majority on Election Day, the two top candidates advance to a January 5, 2021 runoff.

GEORGIA RUNOFF ELECTION: WHEN IS IT AND HOW WILL IT WORK?

While a second election has been called in both of the state’s Senate races — now crucial for both major parties — no such measures are taken in the race for the White House.

Votes were still being counted in hotly contested Georgia, with Biden up by just 0.2 percentage points, when the Fox News Decision Desk called the national race based on results in battleground Pennsylvania.

Georgia Secretary of State Brad Raffensperger, a Republican, told reporters Friday that the razor-thin margin in the presidential contes necessitated a recount.

There have been at least 31 statewide recounts since 2000 and only three changed the outcome of the election, The Associated Press reported Friday.

“The focus for our office and for the county elections officials for now remains on making sure that every legal vote is counted and recorded accurately,” Raffensperger said.

“As we are closing in on a final count, we can begin to look toward our next steps. With a margin that small, there will be a recount in Georgia,” he said.

According to the secretary of state’s office, the recount will be done on high-speed scanners at each county’s central election office.

In Georgia, a recount can only be requested after the state has undergone a “risk-limiting audit” and state certification of the vote, according to NPR. The certification process is set to be finalized by Nov. 20.