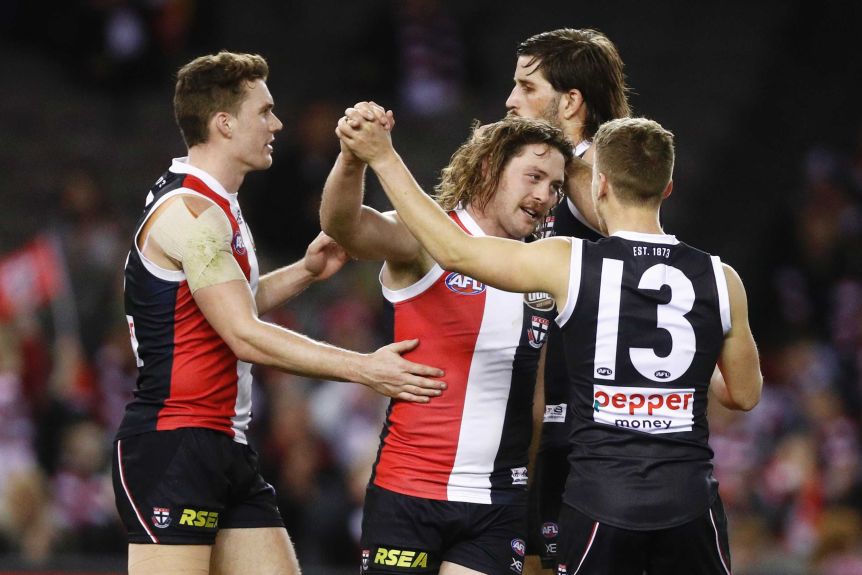 The Geelong Football Club says Jack Steven is “very lucky” to have avoided a more serious injury after he sustained a chest wound during an incident on Saturday night.

Victoria Police are investigating the incident after Steven presented to hospital with a non-life-threatening injury at the weekend.

Steven is recovering in Melbourne’s Alfred Hospital, having been transferred from Cabrini Hospital.

“Our medical team have spoken to the trauma doctors at the Alfred and where he received the injury was under the right thoracic, so in his chest,” he said.

“Jack’s very lucky as we speak. He’s recovering, he doesn’t require any further operation or exploratory surgery so that’s a real positive in what is not great circumstances.”

Lloyd said the Cats were only concerned about Steven’s condition at the moment, rather than when he might be able to return to training.

“We’re not even thinking about that [a training return] at this present point in time,” he said.

“For us, we just really need to focus on his health and wellbeing.

“Since he’s arrived at the Geelong Football Club he hasn’t missed a beat and he’s training really well and he’s been in great spirits and he’s really popular.

“Really, now we need to give him the space that he needs during this point in time and hopefully he does have a quick recovery and then we’ll assess where we go from there.”

He moved to the club during the off-season following a decorated stint at St Kilda.

Steven was drafted by the Saints in 2007 and played 183 senior matches for the club, winning the best and fairest award on four occasions.

The Cats players returned to training today ahead of the AFL’s scheduled season restart on June 11.