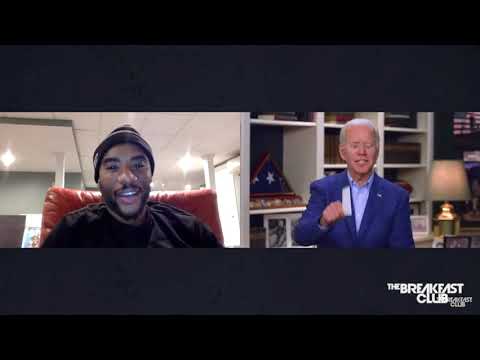 Daily Mail: Joe Biden APOLOGIZES for telling radio host Charlamagne tha God ‘if you have a problem figuring out if you’re for me or Trump, then you ain’t black’ and says ‘I shouldn’t have been such a wise guy’

* Joe Biden told radio host Charlamagne tha God he ‘ain’t black’ if he can’t figure out who to pick between Donald Trump and him
* Biden sat down for a contentious 18-minute interview for Charlamagne tha God’s popular ‘Breakfast Club’ program
* Charlamagne tha God asked tough questions including whether Biden was suffering from mental decline
* Biden defended his Congressional record on crime and his decision not to be fully for legalizing marijuana
* An aide tried to cut the interview short several times, to which Charlamagne tha God complained, ‘You can’t do that to black media’
* Charlamagne tha God told Biden he needed to come back and do the show in New York, where it’s headquartered
* The radio host told Biden that, ‘It’s a long way until November, we’ve got more questions’
* That comment inspired Biden to say, ‘If you have a problem figuring out whether you’re for me or Trump, then you ain’t black’

‘I should not have been so cavalier. I’ve never, never, ever taken the African-American community for granted,’ Biden said, according to the Associated Press. ‘I shouldn’t have been such a wise guy.’

Biden added that, ‘No one should have to vote for any party based on their race, their religion, their background,’ on a conference call with the U.S. Black Chamber of Commerce Friday afternoon.

WNU Editor: And they accuse President Trump being a racist?!?!?!?