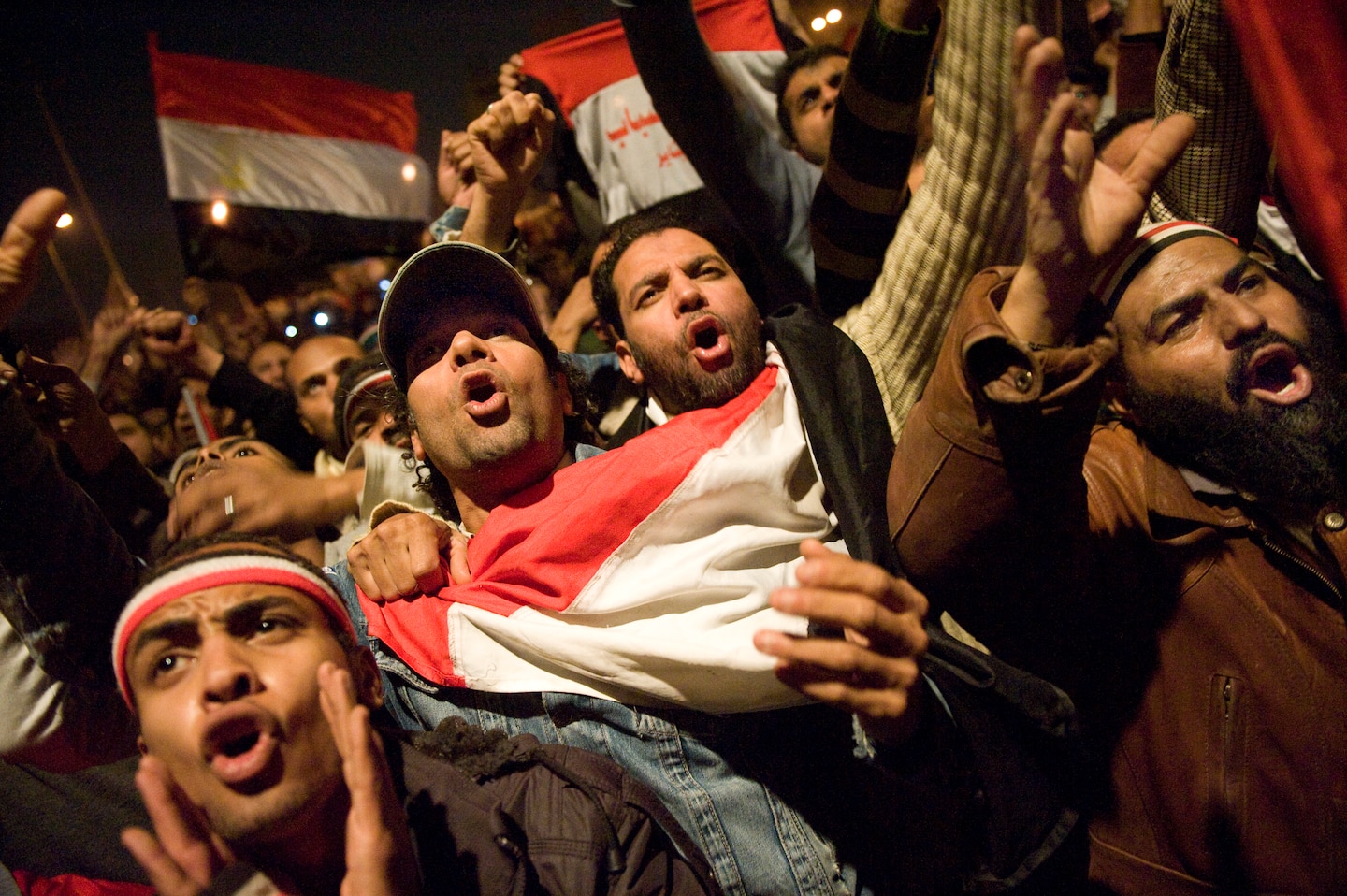 Today the heady dreams of 2011 seem from another era. A military coup in Egypt returned that country to tyranny, a Saudi military intervention on behalf of the regime in Bahrain ended the hopes of demonstrators there, and civil wars in Libya, Syria and Yemen have made a bloody mockery of visions of a new era of democracy. The only democratic revolution still standing is in Tunisia, where the protests began and the first dictator fell. As Noah Feldman contends in his important new book, “The Arab Winter: A Tragedy,” “the Arab spring ultimately made many people’s lives worse than they were before.”

A professor at Harvard Law School, Feldman served as an adviser to U.S. officials in the early days of the Iraq occupation and after 2011 engaged with Tunisians seeking help as they designed their first real democratic constitution. “The Arab Winter” reviews four major incidents of the Arab Spring — the Egyptian uprising and coup, the Syrian civil war, the Islamic State “caliphate,” and Tunisia’s fitful progress toward democracy — to make its main points.

Feldman’s book is a reflection on the Arab Spring and, as its title suggests, its disastrous ending. “The Arab Winter” is not a history. Rather, it is an argument, in the best sense of that word, couched in political philosophy. To get the most out of the argument (for who doesn’t want to argue back?) the reader should be somewhat familiar with the Middle East. Engaged Washington Post readers should appreciate the book, but it’s not for the uninitiated.

Agency and meaning are at the heart of Feldman’s argument. For centuries, outsiders, be they Ottoman, British, French or American, controlled the fate of the Middle East. No longer. “The central political meaning of the Arab spring and its aftermath is that it featured Arabic-speaking people acting essentially on their own, as full-fledged independent makers of their own history.” In Egypt, the people spoke when they invited the army to remove Mubarak, and they spoke again two years later when they invited it to remove the democratically elected Muslim Brotherhood government led by Mohamed Morsi. Feldman respects their choice even as he disagrees with it. “They took their fate in their own hands — and gave it away.”

Agency means uncertainty, and personalities loom large in “The Arab Winter.” In both Egypt and Tunisia, no strong institutions guided the process from revolution to democracy, allowing leaders to exert tremendous sway. The Tunisian Islamists of Ennahda proved more compromising than the Muslim Brotherhood in Egypt, in part because their leader, Rached-el Ghannouchi, recognized the need for compromise. In contrast, “Morsi almost invited the crisis that built against him,” failing to work with political opponents. This scorn led intellectuals and Western-learning Egyptians to turn to the military as a savior, legitimating the coup and even, in Feldman’s eyes, making it a reflection of the people’s will.

Two ideas that have shaped the Middle East for decades, Arab nationalism and political Islamism, grew hotter in the fires of revolution and then were transformed in the crucible. The Arab Spring itself highlighted the power of Arab nationalism, with Arab satellite television stations like Al Jazeera spreading images of the protests from one country to another, making a revolution that was once unthinkable seem inevitable. At the same time, as Libya, Syria and Yemen painfully demonstrated, ethnic, sectarianian, tribal and other divisions proved that Arab identity, by itself, is not enough to unify.

Feldman points out that political Islam is even more in flux, and today it is unclear how Islamists hope to achieve their vision. In Syria, the Islamic State rejected any form of democracy in the name of Islam, but its caliphate ended in ruins. In Egypt, efforts to use the democratic process to impose Islamism led to a popular coup. In Tunisia, Ennahda won at the polls but to survive moved toward a liberal version of politics, accepting that it would not use political power to impose Islam directly.

Feldman’s focus on agency leads him at times to understate factors beyond the control of the crowds and the leaders they opposed. In Syria, the Sunni Muslim protesters could not implore the military to overthrow Bashar al-Assad, as his Alawite regime had long co-opted and politicized it. So, as Feldman notes, the protesters did not trust the military and loathed the minorities favored by the government, with the Alawites receiving the most hatred: “Christians to Beirut, ‘Alawis to the grave,” they chanted. Because the regime baked the country’s sectarian divides into its structure, both the protesters and Assad and his cronies saw compromise as impossible: The regime would hang together, or they would hang separately. Although Feldman is careful to note this tension, it is an important caveat to his stress on agency.

Feldman’s book also ignores how Iran’s military backing of the Syrian regime, and Saudi Arabia and the United Arab Emirates’ support for the coup in Egypt, helped tip the precarious balance of forces and, conversely, how the lack of outsider meddling in Tunisia gave leaders there more freedom. Arab publics and the regimes they opposed made their own politics during the Arab Spring, but they were not always alone.

The United States under Presidents Barack Obama and Donald Trump, however, often shunned responsibility. In Syria, “to put it bluntly, U.S. policy was to strengthen the forces threatening the regime enough to keep them in the fight, while refusing to take definitive steps that would make them win,” Feldman writes. He contends that Obama did not want to be blamed either for Assad winning or for the chaos of a post-Assad Syria. Trump, I’d add, simply doesn’t care.

Can democracy flourish in the Arab world? The Arab Spring’s collapse is upsetting for those of us who would argue yes. However, in the end, I found myself convinced, and even slightly comforted, by Feldman’s claim that “continued dictatorship is the most probable result; yet the struggle to do better still carries profound meaning.” The Arab Spring still inspires, even as the winter that followed is a cause for despair.