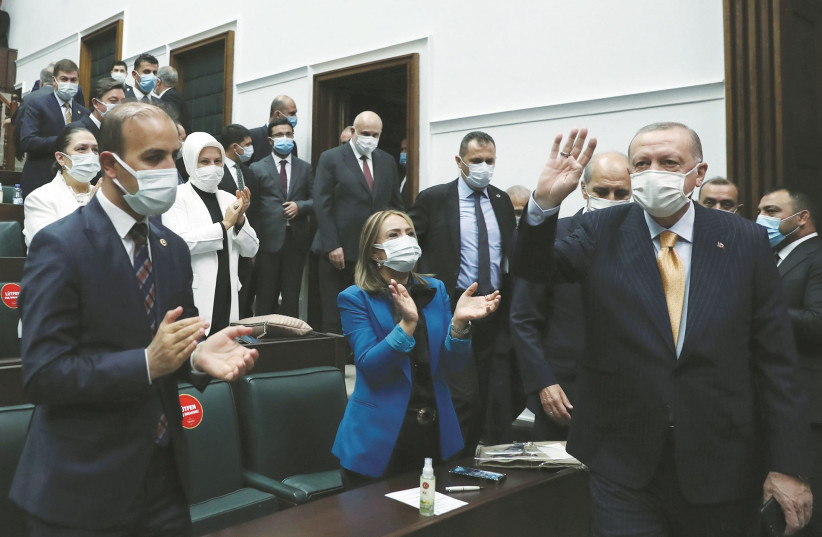 The next US president, whether US President Donald Trump remains in office or Democratic challenger Joe Biden takes home a victory, will face several crises in the Middle East. These include dealing with the Iranian threat, the emerging extremism of Turkey, the failing leadership of the Palestinians, problems in Libya and the Eastern Mediterranean and an emerging disaster in the Sahel and the possible destabilization of Iraq.The Middle East has been a challenge for US presidents going back 50 years. Many administrations come into power wanting to “do something” relating to the region, usually “solving” the Israeli-Palestinian conflict. However, the past decades have shown that this conflict is not the central one in the region. Other problems, such as Islamist extremism, also appear to be reduced in the past years, as Islamic State was defeated. What is left is rising authoritarian regimes such as Turkey and the Iranian attempt to achieve hegemony over Syria, Iraq and Lebanon.Here are five crises the US president must address.Turkey’s growing extremismThe Turkish government of Recep Tayyip Erdogan has become increasingly extreme. This year alone it created a crisis with Greece several times, bombed Iraq, continued military threats in Syria against US partner forces, threatened Armenia, Israel, Egypt, the UAE and other countries. Turkey is at the intersection of the Middle East and Europe, and it uses this to blackmail Europe regarding migrants and to meddle in the affairs of all its neighbors.Mounting evidence shows Turkey’s extremism is not only fueling terrorism but also destabilizing the region. Countries and groups are seeking out Russia as they are increasingly pressured by Turkey, enabling Turkey, Russia and Iran to partition the region. This is because the US has not stood up to Turkey and defended its friends and allies. Turkey has lost out on the American F-35 but is buying the Russian S-400 air defense system and has used it to threaten Greece.These are serious problems. There are calls to remove Turkey from NATO, but Ankara’s lobbying arm in the US claims that if Turkey is pressured, it could become more dangerous than Iran. In addition, Turkey sells itself as balancing Iranian and Russian influence.