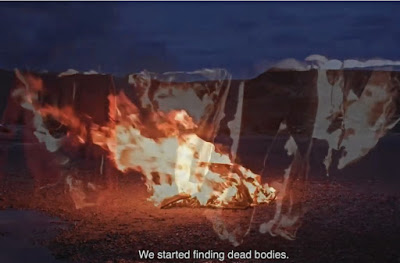 ‘Guardian of Memory’ is a testament to the resiliency of those who lost loved ones and property but refuse to give up, El Paso lawyer says

A film about the resilience of
families who fled to the United States during the Mexican drug cartel wars of a
decade ago has won the equivalent of the Oscar award in Mexico.

“Guardian of Memory” on Sept. 27
received the 2020 “Ariel” for Best Documentary from the Mexican Academy of Film
Arts and Sciences (AMACC). Writer/director Marcela Arteaga made the film based
on asylum seekers from El Porvenir, a Mexican town just south of Fort Hancock,
Texas, and other nearby communities.

Many of these migrants were
middle-class families and merchants who suffered the murder of younger family
members or became targets of extortion, threats and persecution when drug
traffickers – mostly members of the Sinaloa cartel — moved into their town.

“While all Mexican asylum seekers
suffer violence that expel them from Mexico, (the director) was able to delve
into how they survived the emotional trauma and their resilience to keep their
families together and continue to fight” for asylum, said El Paso attorney
Carlos Spector.

Many of the subjects in the
documentary are Spector’s clients, while others are part of an organization
called Mexicans in Exile, which he helped organize. The El Paso lawyer also has
a speaking part in the movie. 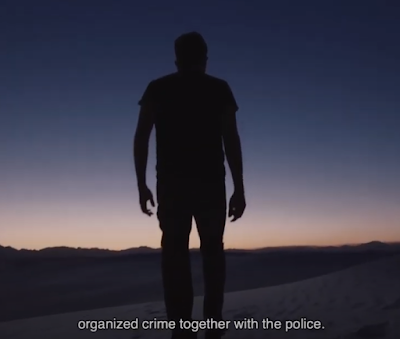 The film throws powerful facts
and imagery at the viewer. A line of clothes set on fire represents the
“disappeared ones,” as do hundreds of empty cups, dolls and teddy bears set in
the middle of the desert. Then, there’s the staggering statistic that a once
vibrant town of 17,000 people was reduced to 1,000 inhabitants in less than a
decade.

“Corruption in Mexico used to
take place in police agencies and within the government. Now, it’s been
subcontracted to the cartels,” Spector says in the film. “There is no more
organized crime […] This is authorized crime. The government and the business
community have allowed, through impunity, for criminals to control the town.”

Other voices reflect on the
absurdity of killings and kidnappings taking place after the Mexican government
deployed thousands of soldiers to keep the peace in the region.

“It makes no sense that the
violent ones feel the urge to start killing people while 3,000 soldiers are
guarding the valley,” one of the voices says.

“They were looking for all of us
– the police and organized crime together,” says another voice.

Spector said he feels happy that
the struggle of the people portrayed in the film is getting international
attention. “It brings a lot of satisfaction to me that they have been
recognized,” he said. “The title has to do with them wanting to leave a
footprint of their struggle. The film is a testament to their families and to
their community that this was, is and will continue to be a reality along the
border.”

At least 12 of those families –
who came to the United States from 2009 to 2016 – have been approved for
asylum. Their stories were so powerful that they won their cases in an El Paso
Sector notorious for rejecting more than 90% of such claims, Spector said.

Now, these new U.S. residents are
using their organization to welcome and guide others displaced by cartel
activity in their communities, he said.

The El Paso lawyer said he was
particularly motivated to take the families’ cases because his mother, a native
of Mexico, is from Guadalupe, one of the towns near El Porvenir also beset by
drug violence. “The fact that I was able to help my mother’s hometown shows
that you don’t have to destroy the system or overthrown the government to bring
about justice. The lesson of ‘Guardian of Memory’ is that If you can save your
hometown, you’ve done enough,” he said.

For more information on the film,
visit www.guardianofmemory.com