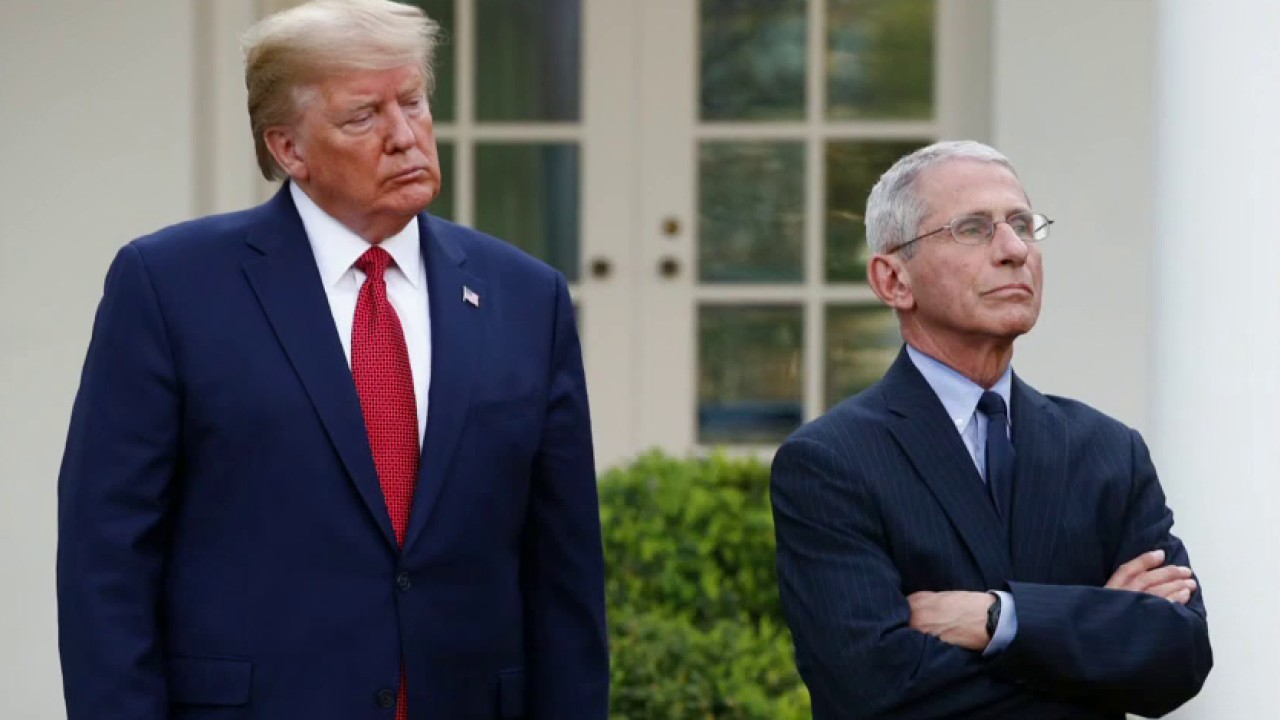 InStlye, the magazine famous for its coverage of the celebrity and beauty world, turned its attention to Dr. Anthony Fauci, the country’s top disease expert, who graced its digital edition’s cover, according to a tweet Wednesday.

The photo is far cry from the usual glamour shots of a Hollywood actress staring seductively at the camera. Fauci is sitting on a black office chair next to a modest outdoor pool. He’s wearing sunglasses and navy blue socks that are adorned with white stars. His attire would be described as business casual and it looks as though the entire photoshoot took all of five minutes.

But he has been a busy man.

Besides the obvious and most important issue of dealing with the troubling increase of coronavirus cases in some states, there has been persistent speculation that his relationship with President Trump is at an all-time low.

Trump insisted Wednesday that he has a “very good relationship” with the director of the National Institute of Allergy and Infectious Diseases. But his reassurance comes days after Dan Scavino, his deputy chief of staff for communication for the president, posted a cartoon of Fauci as a running faucet washing the U.S. economy down the drain with his calls for lockdowns and school closures.

INGRAHAM: AMERICANS MUST DEMAND TO SEE SCIENCE BEHIND LOCKDOWNS

The criticism from the White House didn’t stop there.  Peter Navarro, the White House trade adviser, penned an op-ed in USA Today that said, in part, that Fauci “has good bedside manner with the public, but he has been wrong about everything I have interacted with him on.”

The article in InStyle was written by Norah O’Donnell, the anchor of the “CBS Evening News.” She wrote that she knows him on a personal level because he frequents her husband’s restaurant. She asked him what seems to be on every American’s mind: What did we do wrong?

Fauci said there is no clear answer. He pointed to Europe and how countries there have been — for the most part — been able to manage reopenings. He noted that early in the outbreak, European countries shut down 90 to 95 percent of the country.

“Whereas when we shut down, the calculation is that we shut down about 50 percent. So, put all of those factors together, I can’t say we did anything wrong, you know, but certainly, we’ve got to do better,” he said.

Fauci responded to what has been a nagging criticism of his leadership when in the beginning weeks of the virus he played down the need for the public to wear masks. He said, “in the context of the time in which I said it, it was correct.” He pointed out that there was a genuine fear that there was not enough PPE gear for medical workers.

Fauci told the magazine that despite reports to the contrary, he believes he still has a good relationship with the president and said he will stay in his role on the coronavirus task force as long as he feels he’s being useful.

“I see myself in that role as long as I feel that I’m being useful, and I’m valued in it, and the White House wants me. If any of the above change, then I would step down,” he said.

A senior administration official told Fox News that Navarro’s op-ed slamming Fauci was “definitely not approved by the White House.”

Fauci said he has noticed a new focus inside the  White House.

“It’s very much now focused on reopening, and there’s a lot of attention being paid to economic and other advisers,” he said. “So the task force and the doctors still meet regularly, and we have a very close, almost daily relationship with the vice president, and he briefs the president every single day on what we talk about. So in some respects, even though it’s indirect as opposed to direct, we still have access to the president through the vice president.”