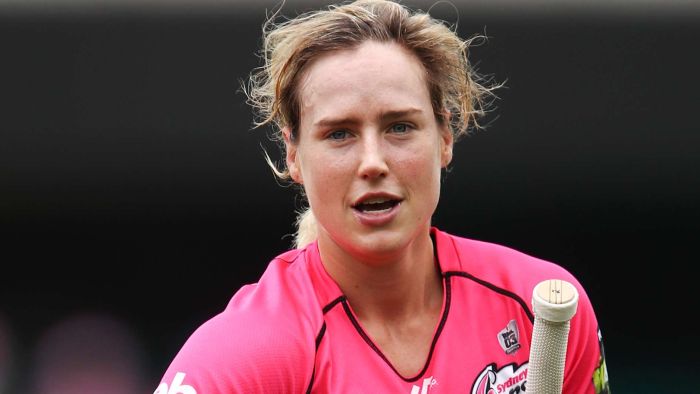 Star all-rounder Ellyse Perry has produced a stunning display in the Sydney Sixers’ 24-run win over the Brisbane Heat at Blacktown Oval.

Perry scored 54 off 54 deliveries with the bat, before snaring figures of 3-17 off her four overs to help the Sixers to victory.

Her innings, in just her third match back from a serious hamstring injury, lifted the Sixers to 7-129.

Perry, who was chosen as the player of the match, then destroyed Brisbane’s top order, as the Heat collapsed to 4-17 before eventually being skittled for 105 in 19 overs.

The Sixers have won all three of their matches that have produced a result, with the other two rained out.

They sit in second place behind the Sydney Thunder, who boast the same record but have better net run rate.

The Thunder also posted a 24-run win earlier on Wednesday at Blacktown Oval, thanks to England’s Heather Knight’s all-round heroics in their match against the Perth Scorchers.

Knight (57) and Australia vice-captain Rachael Haynes (61 not out) shared a 108-run partnership, shifting momentum while marching their side from 3-22 to a total of 4-144.

In reply, the Scorchers were dismissed for 120, despite the best efforts of prized recruit Beth Mooney (61 off 49 balls).

Sammy-Jo Johnson (2-25) and Knight (2-29) snared two wickets each, while Sam Bates finished with the remarkably tidy figures of 3-9 from four overs.

Haynes was named player of the match. Her partnership with Knight came four days after they shared a club record stand of 122 runs against the Adelaide Strikers.