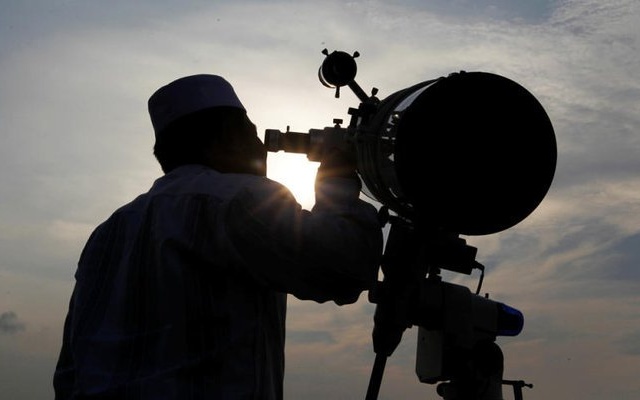 The crescent moon for the month of Shawwal on the Islamic calendar was not sighted in Saudi Arabia, UAE, Qatar and other countries in the region on Friday, hence the festival will be on Sunday, Middle East-based news publishers reported.

Saudi and UAE officials called on the population to adhere to safety guidelines to avoid the spread of the novel coronavirus.

“Muslims will hold the Eid prayer at home because of the pandemic,” the Saudi Press Agency cited Sheikh Abdul Bari al-Thubaiti, the imam, or the prayer leader, of the Prophet’s Mosque in Medina, as saying in the Friday sermon.

During Ramadan, prayers without worshippers were held by the imams in the two holy mosques of Makkah and Madinah, in the west of the kingdom.

In the UAE, the Dubai government’s media office said on Twitter that mosques will remain closed, and listed a series of Eid customs that should not be observed, including family visits and giving gifts or money to children.

Saudi Arabia had earlier said it will enforce a countrywide 24-hour curfew during the five-day Eid holiday from Saturday to help stem the spread of the coronavirus.

Such 24-hour curfews had been in place in most towns and cities in the country but it eased them for the start of Ramadan. It did not loosen the full isolation lockdowns implemented in some areas with high numbers of coronavirus infections.

With details from Reuters