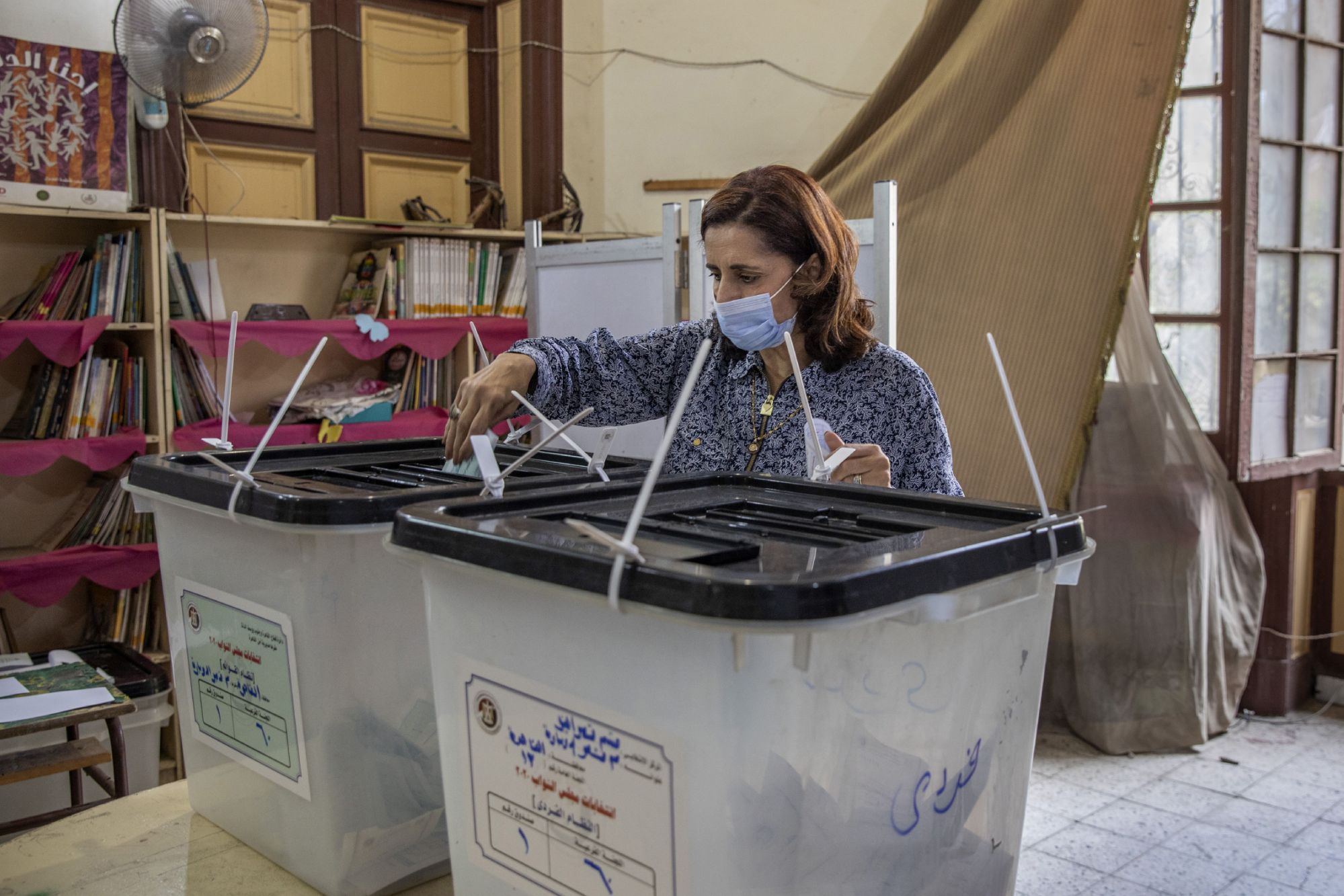 A woman casts her vote on the first day in the second and final stage of the country’s parliamentary elections in Cairo, Egypt, Saturday, Nov. 7, 2020. Egyptians began voting on Saturday after a relatively low turnout in the first stage that embarrassed the government of President Abdel-Fattah el-Sissi. (AP Photo/Nariman El-Mofty)
Advertise Here for only $299 mo. Unlimited cpc Adspace ID2

CAIRO (AP) — Egyptians began voting Saturday in the second and final stage of the country’s parliamentary elections, after a relatively low turnout in the first round that embarrassed the government of President Abdel-Fattah el-Sissi.

Polling centers opened at 9 a.m. in 13 of Egypt’s 27 provinces, including the capital Cairo and the restive northern part of the Sinai Peninsula. El-Sissi casted his ballot early Saturday in Cairo’s Heliopolis district, according to his office. More than 31 million people are eligible to vote in this stage.

Critics say the 596-seat legislature will largely resemble the previous one, which was little more than a rubber stamp for the president’s policies, leaving the former military general with almost unchecked powers.

The government deployed thousands of police and troops to safeguard the two-day vote. Precautionary measures were also taken to stem the spread of coronavirus pandemic, amid warnings by the government about a second wave of the pandemic. Egypt has shown a slight increase in daily confirmed cases in the past two weeks.

The president will name 28 seats, or 5%, bringing the total number of seats in the lower chamber to 596.

A quota of 25% of the seats are reserved for women, according to constitutional amendments approved in a national referendum last year.

The vote came amid the government’s years-long heavy crackdown on dissent. Critics were silenced or jailed, and opposition parties were left with narrow room to campaign in the Arab world’s most populous county.

The first stage of the vote took place October 24-25 in the 14 other provinces that included the Mediterranean port city of Alexandria and several southern provinces.

Just over nine million, or 28%, casted their ballots in the first stage, according to the National Election Authority. That turnout dealt a blow to el-Sissi’s government that lobbied for a high participation in the vote to ensure it has credibility.

For weeks before the vote, pro-government media called voting a patriotic duty and urged Egyptians to vote in high numbers. Most media outlets in Egypt is owned by the state or run by pro-government businessmen.

In the first stage, the party secured 148 seats and is high likely to have the majority in the chamber.