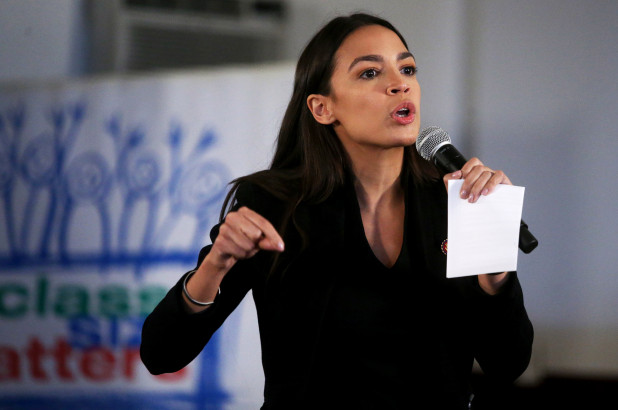 Following an election cycle that saw Democrats lose seats in the House of Representatives and fail to take control on the Senate, their party is in the throes of an identity crisis about the nature of the radical and extreme policies that they have embraced.

The problem for House Democrats is not their message as they’ve publicly tried to claim. It’s their policies and the agenda that they support. As we’ve previously said, they cannot credibly distance themselves from socialism because they support socialist policies. They cannot claim they don’t support defunding the police when they voted against a resolution that would have condemned the movement. They can’t argue they stand with the energy sector and the jobs that it supports when their presidential nominee and all their down-ticket candidates have vowed to ban fracking and abolish the oil industry.

In an interview with The New York Times published this weekend, Rep. Alexandria Ocasio-Cortez emphasized the importance for Democrats to embrace far-left proposals like Medicare-For-All, The Green New Deal, and defunding the police, and argued that her party lost not because they supported these insane policies, but because of their weak campaign infrastructure. The entire interviewprovides a roadmap for the extreme agenda that Democrats are committed to pursuing, despite the fact that it is dramatically out-of-step with what the American people want.

During the interview, Rep. Ocasio-Cortez mentioned the “Movement For Black Lives,” on three separate occasions and stressed that Democrats need to embrace them. As a reminder, the “Movement For Black Lives,” signature legislation is “The Breathe Act,” sponsored by Reps. Rashida Tlaib and Ayanna Pressley, and it is full of radical ideas that are way outside the mainstream. Those include:

Between this, eliminating private health insurance and socializing the entire system, abolishing the oil industry and the jobs it supports by banning fracking and outlawing the use of affordable energy, and upending our constitutional norms by packing the Supreme Court and ending the legislative filibuster, there is no question that the far-left is on a mission to fundamentally remake America in their warped socialist image.

In fact, just yesterday, Joe Biden’s communications director said in an interview that should her boss take office as President, Rep. Ocasio-Cortez will be pleased with the “progressive and aggressive” agenda that they will pursue: