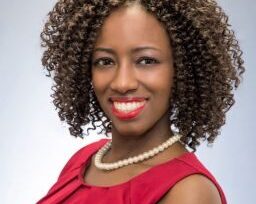 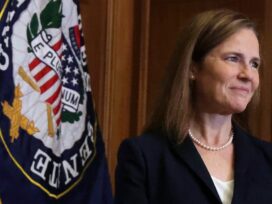 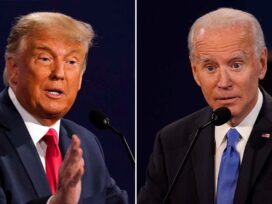 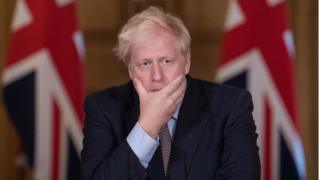 The PM hopes millions of Covid-19 tests – including some giving results within minutes – could be processed daily.

But experts say there are issues with laboratory capacity for current tests, while the technology for more rapid tests “does not, as yet, exist”.

The BMJ reports it has seen leaked memos that the plan could cost £100bn.

Speaking after his announcement that gatherings in England are to be restricted to six people from Monday, Mr Johnson said the government was “working hard” to increase testing capacity to 500,000 tests a day by the end of October.

And he said that “in the near future” he wanted to start using testing “to identify people who are negative – who don’t have coronavirus and who are not infectious – so we can allow them to behave in a more normal way, in the knowledge they cannot infect anyone else”.

Mr Johnson added: “We believe that new types of test which are simple, quick and scalable will become available. They use swabs or saliva and can turn round results in 90 or even 20 minutes.

“Crucially, it should be possible to deploy these tests on a far bigger scale than any country has yet achieved – literally millions of tests processed every single day.”

Mr Johnson said a mass-testing programme could be ready by the spring and could help the UK to avoid a second national lockdown.

But Dr Chaand Nagpaul, council chairman of the British Medical Association, said it was unclear how the so-called Operation Moonshot would work – given the “huge problems” currently seen with lab capacity.

Earlier this week a director of the government’s test and trace programme in England issued a “heartfelt” apology for problems with the testing system, explaining that laboratories, not the testing sites themselves, were the “critical pinch-point”.

Dr Nagpaul added the idea of opening up society based on people testing negative for the virus should be “approached with caution” because of the high rate of “false negatives” and the potential to miss those who are incubating the virus.

Dr David Strain, clinical senior lecturer at the University of Exeter and chairman of the BMA’s medical academic staff committee, raised concerns about the technology being discussed.

“The mass-testing strategy is fundamentally flawed, in that it is being based on technology that does not, as yet, exist,” he said.

“The prime minister’s suggestion that this will be as simple as ‘getting a pregnancy test’ that will give results within 15 minutes is unlikely, if not impossible, in the timescale he was suggesting to get the country back on track.”

The deputy chief medical officer for England said the success of Operation Moonshot depended on how it was handled.

Dr Jenny Harries told ITV’s Robert Peston: “Technically there are a number of different tests available. The difficulty is in trying to evaluate all of them and work that through into a programme.

“We do want to get back to as much normality as we can and any opportunity to do that through a new testing programme or using different testing technology is clearly a good thing to be following, but it’s not quite as simple as just doing that.

“So I think it’s both the test and the way that it’s handled and used that we need to be working through.”

The UK has drawn up plans to eventually carry out up to 10 million Covid-19 tests a day by early next year – at a cost of more than £100bn, which is approaching the entire annual budget for NHS England, according to a report in the BMJ.

The new rapid tests will be piloted with audiences attending indoor and outdoor venues in Salford from next month.

The government’s chief scientific adviser, Sir Patrick Vallance, said the technology needed to be “tested carefully” and it would be “completely wrong to assume this is a slam dunk”.

The plans for mass testing come as Mr Johnson said the UK “must act” to avoid another lockdown as virus cases rise in England.

He set out a new “rule of six”, restricting gatherings to a maximum of six people, enforced by police able to issue fines or make arrests, after the UK reported more than 2,000 new coronavirus cases for the fourth consecutive day.

Mr Johnson said the rules had “become quite complicated and confusing” and the government was “simplifying and strengthening” them after feedback from police and the public.

But Labour leader Sir Keir Starmer said the new rules on gatherings were a reflection that “poor communications were a large part of the problem” with the spread of the virus.

The new “rule of six” means: